Hundreds of thousands of school and university students, teachers, professors, and staff took to the streets on Wednesday, May 15, all over Brazil to protest against the education budget cuts announced by the government.

According to Brazil’s National Confederation of Workers in Education (CNTE), more than one million people took part in the demonstrations. Based on reports from all over the country, Brasil de Fato estimates that there were protests in more than 180 cities.

On Apr. 30, Brazil’s Education minister, Abraham Weintraub, announced budget cuts for all levels of public education. In federal universities, the government will cut 30 percent of the budget for the so-called “non-mandatory spending,” which means payments to outsourced workers, including cleaning and security staff, and expenses with construction works, equipment sourcing, and water, electricity, and internet bills.

The president of Brazil, Jair Bolsonaro, landed in Texas, USA on Wednesday and attacked the demonstrations. “The majority [of demonstrators] are militants. If you ask them what’s the formula for water, they don't know. They are a bunch of useful idiots, a bunch of morons who are being used as pawns by a minority of smartasses who constitute the core of many federal universities in Brazil,” the president said, missing the fact that many demonstrators are high school students.

Demonstrators also protested against the pension reform proposed by the government and considered today’s rallies as a warm up for a general strike scheduled to take place on Jun. 14.

There were protests in all 26 Brazilian capitals and the Federal District.

Massive demonstrations took place in the southeastern capitals of São Paulo and Belo Horizonte, where 250,000 people gathered in each of the two cities. In Rio de Janeiro, also in the Southeast, 200,000 protesters took to the streets to defend public education. 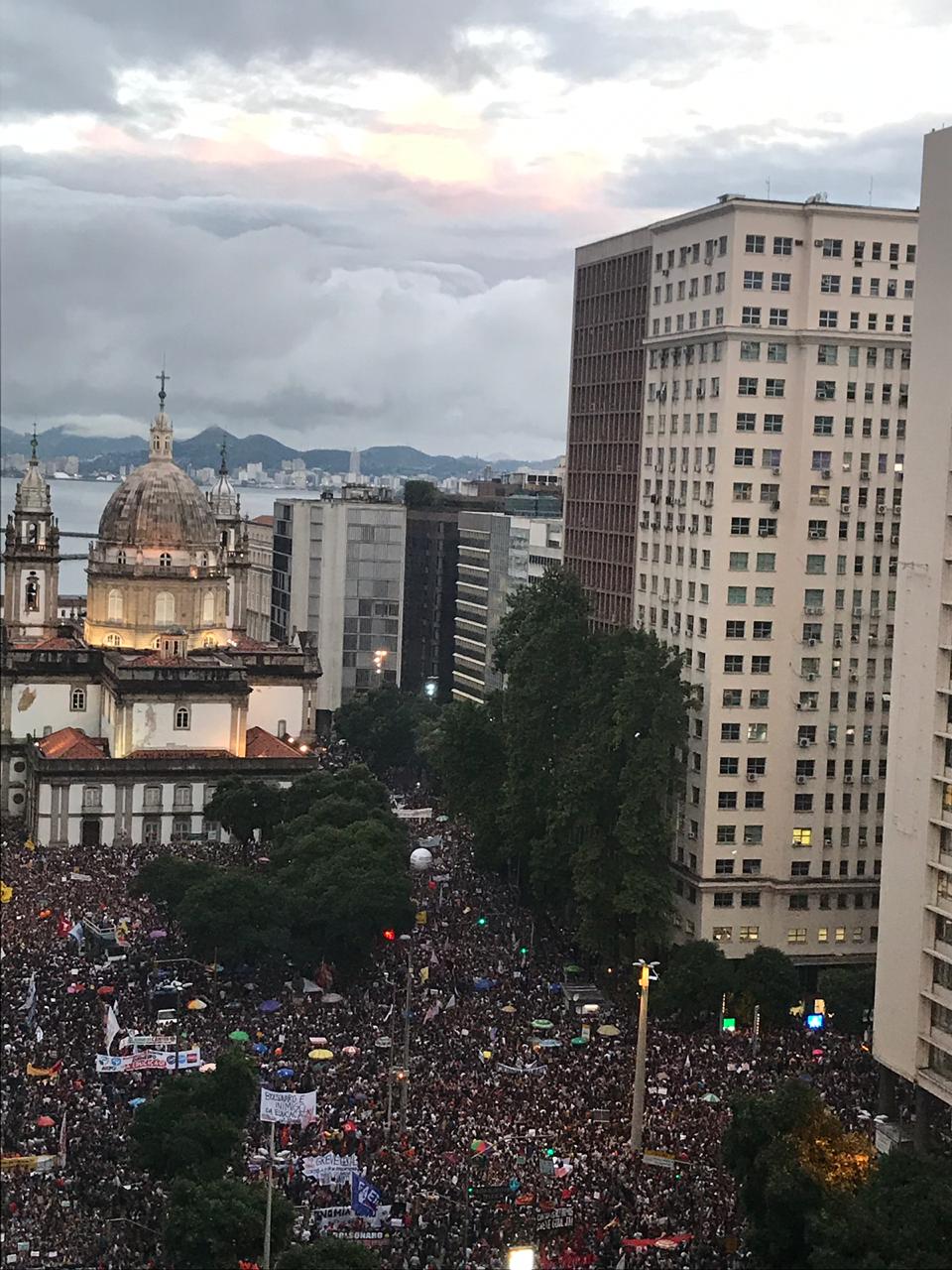 Jessy Dayane, the vice president of the National Union of Students, attended the protest in Rio and said it was a historical day, praising the organization of the demonstrators. “Thousands of students took to the streets across the country with professors and workers. It’s beautiful. It’s the largest mobilization since Bolsonaro was elected.”

Raquel Santos Marques de Carvalho, a professor at the Biophysics Department of the Federal University of São Paulo, took part in the demonstration in São Paulo and criticized the Education minister, who claimed some federal universities were allegedly “making a mess.”

“Anyone with some common sense who understands just a little bit about how the university works knows that none of what they are claiming is true. I think that maybe the idea behind those statements is to influence people who don’t know what goes on in the university, how studies and research are conducted at the university, in order to make us lose support and universities shrink,” she said. 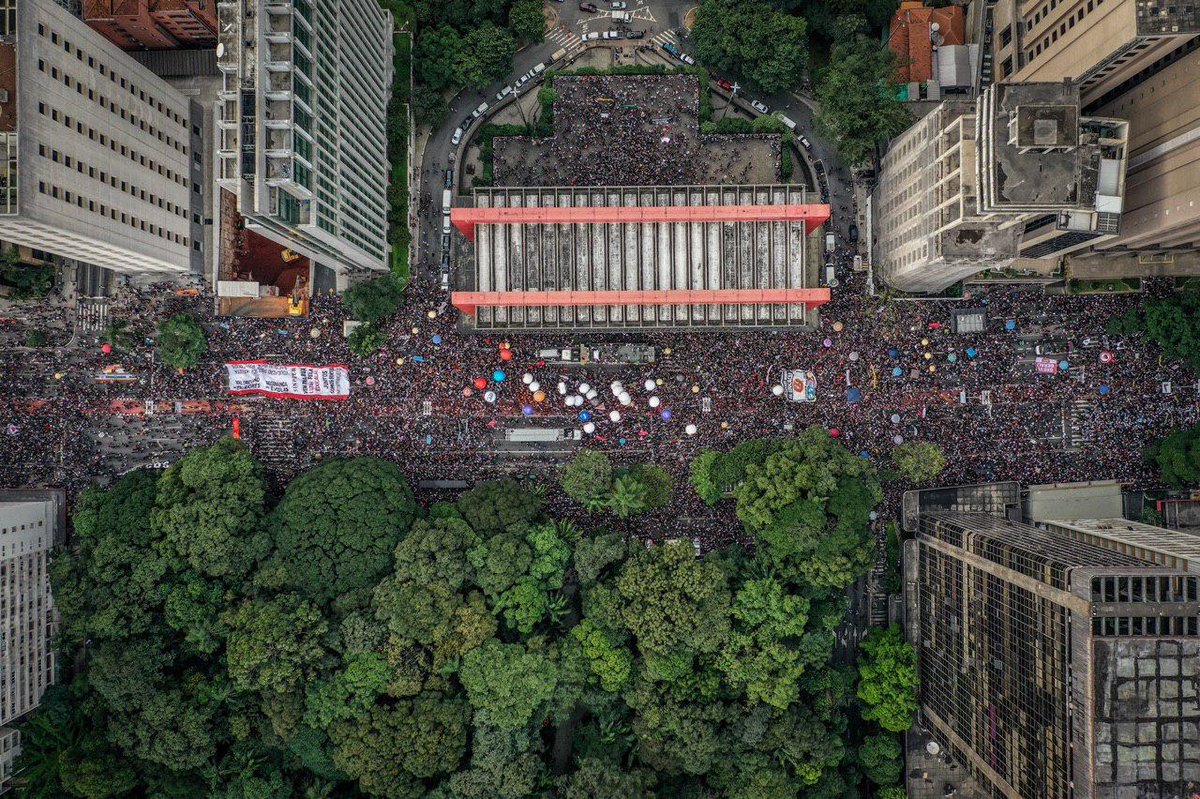 Hundreds of thousands gathered in front of one of São Paulo's most famous tourist attractions, the Museum of Art of São Paulo | Mídia Ninja

In the Northeast, the biggest demonstrations took place in Fortaleza, where 100,000 gathered to defend public education, and in Salvador, where 50,000 walked out to protest the setbacks of the far-right government. 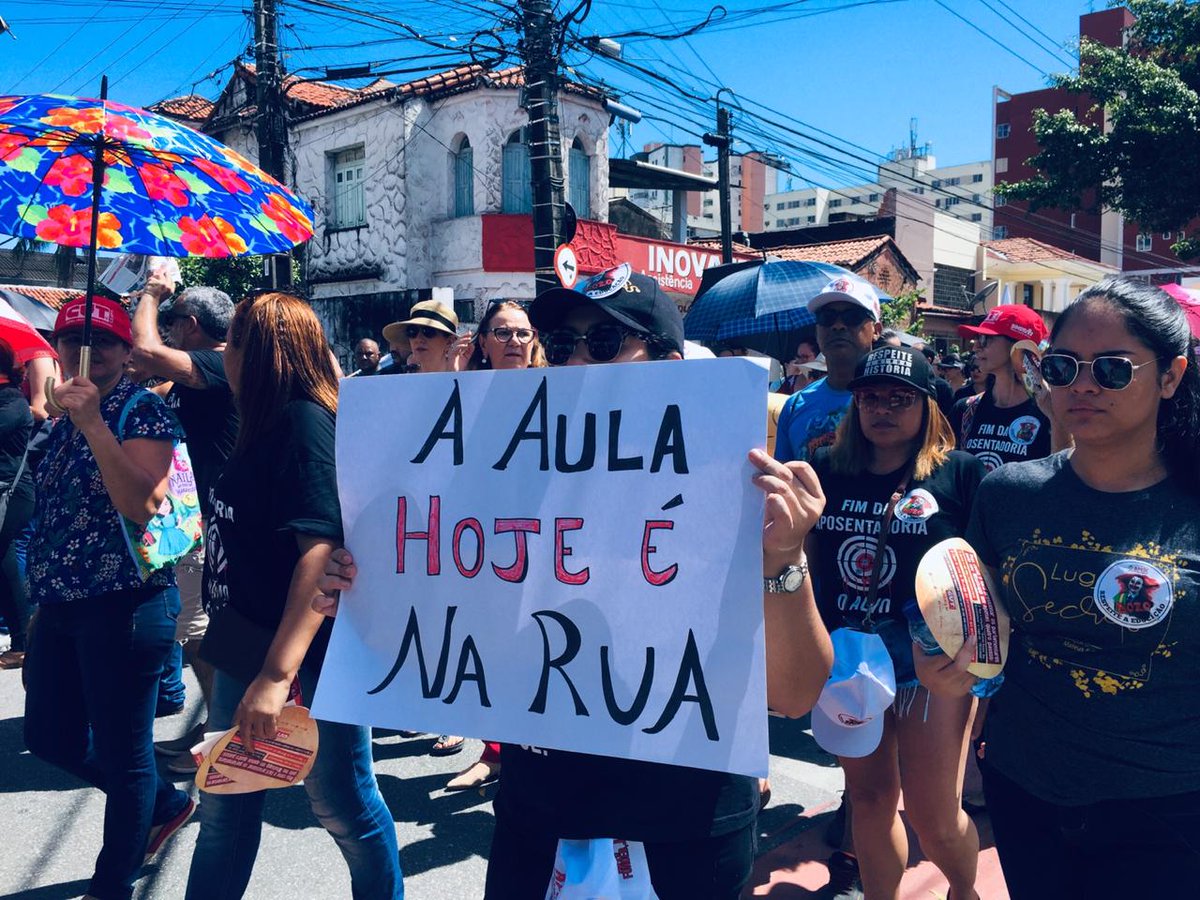 A protester holds up a sign that reads "today the streets are the classroom" in Fortaleza, where 100,000 people walked out to protest the education budget cuts announced by the government | Amanda Sampaio

In Brasília, the capital of Brazil, 50,000 people took part in the protest, according to organizers. The police fired teargas and rubber bullets to clamp down on the protest against the government.

There are also reports of police crackdown in Rio de Janeiro by the end of the protest.

The police also cracked down on the protest in Porto Alegre, a capital city in southern Brazil, where 20,000 people gathered in the afternoon outside the Federal University of Rio Grande do Sul, shooting rubber bullets and teargas at demonstrators. 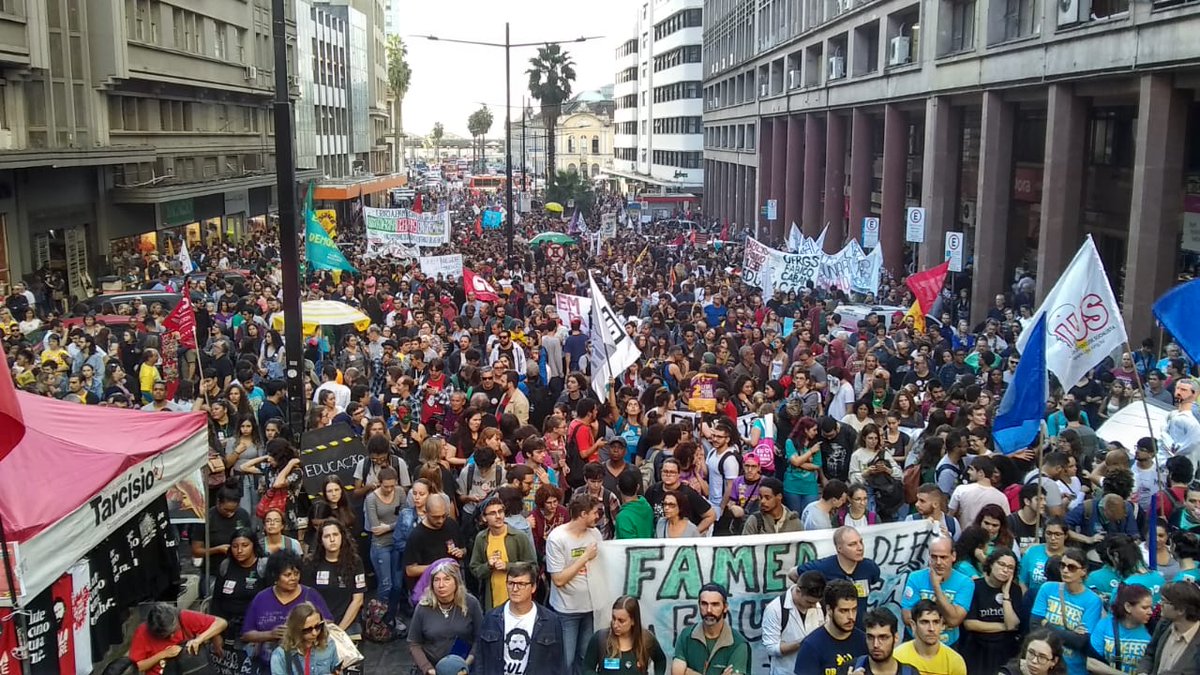 In Porto Alegre, southern Brazil, protesters gathered in the center of the city; police cracked down moments later | Twitter

*With reports by Brasil de Fato collaborators from across the country.