The National Free Lula March is getting closer and closer to the capital city of Brazil every day. As this Monday marks the fourth day of march, the three columns set off to Brasília around 6:30 in the morning.

Each column is expected to walk around 15 kilometers (nearly 9.5 miles) today in up to six hours.

As they approach the urban area of Brasília, activists are expected to interact more with the local population, according to Marco Barato, a member of the national board of the Landless Workers’ Movement (MST).

After they complete today's route, the activists will set up camp and hold political education debates about the people’s agrarian reform in the afternoon.

Barato said today is also a day to prepare for another big moment for the Free Lula March: the meeting of the three columns that will take place this Tuesday.

Approximately 5,000 peasants in three different columns are taking part in the march. The Tereza de Benguela Column gathers activists from Brazil’s Central-West region. The Prestes Column is where the delegation from southern and southeastern states are marching. Workers from northeastern states are organizing on the Peasant Leagues Column.

Each column has already marched more than 30 kilometers, or nearly 19 miles. The marchers will walk approximately 50 kilometers (more than 30 miles) and arrive in Brasília next Wednesday. They will take part in a rally in the capital city to register ex-president Luiz Inácio Lula da Silva as a presidential candidate on August 15th, the last day for candidates to register with the electoral court to run in Brazil’s upcoming elections, in October.

Argentinian human rights activist and Nobel Peace Prize laureate Adolfo Pérez Esquivel attended the march today, expressing his solidarity with the Brazilian people and support for Lula’s freedom. “We have to consider that the politics that is trying to keep him from running is being replicated all over the Latin American continent, such as in Honduras and Paraguay, for example. The far right is advancing its domination over the people. That is why we shout, ‘Free Lula,’ and may the Brazilian people decide who will rule them,” Esquivel said.

Several demonstrations in different parts of the world are expected to take place this Monday to call for Lula’s freedom and reiterate his right to run for president. 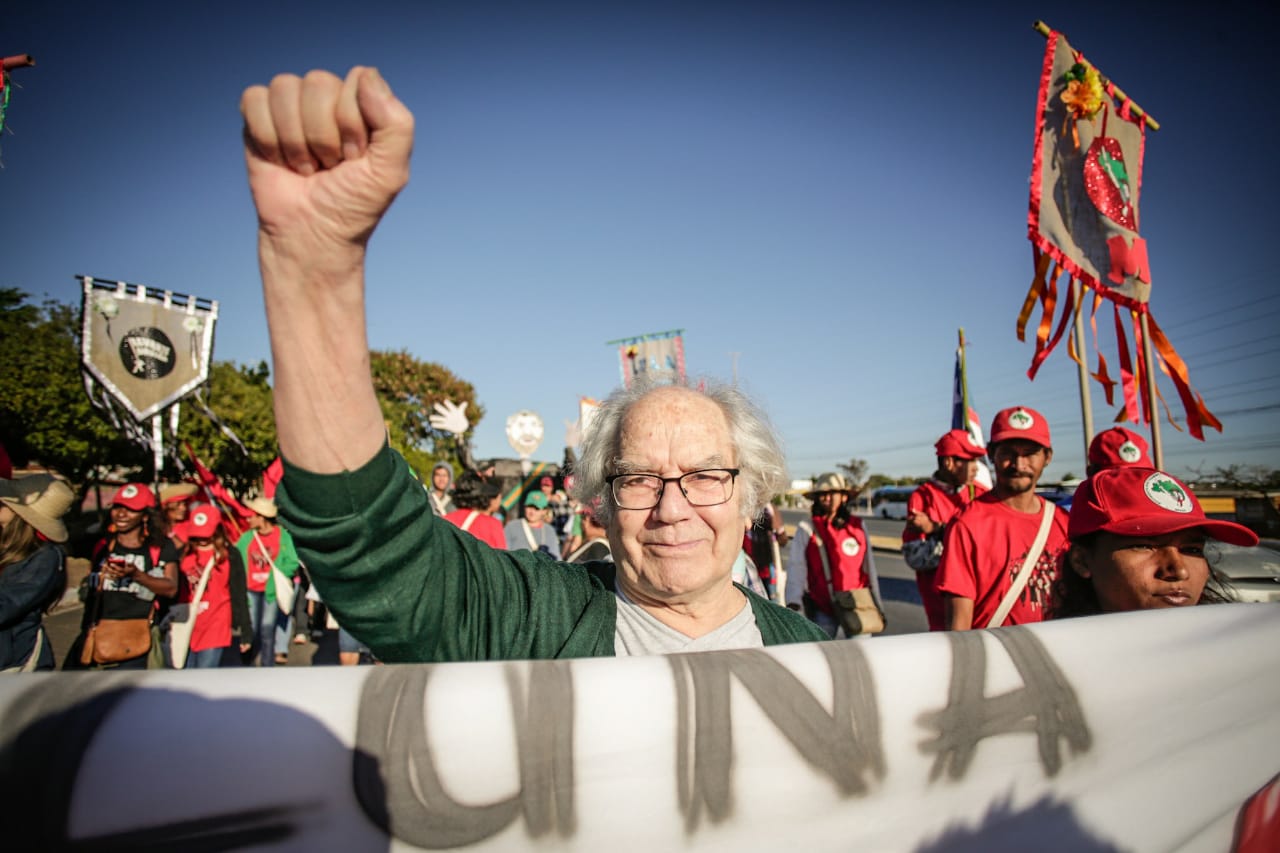