The speaker of Brazil's Lower House, Rodrigo Maia, and the country's Supreme Court chief justice, José Antonio Dias Toffoli, disembarked from the same car in front of the Bank of America tower in New York City early in the afternoon of May 13. Together, the judge and the Representative went to lunch with the so-called foreign investors at the bank’s headquarters. Not even a thought about the bad impression that would give seeing representatives of separate Powers so close together, or about the bias for the highest position in the Judiciary, meeting with foreign financial stakeholders. In the audience, many Brazilians (some arriving straight from the airport, with luggage and everything), as it became evident with Portuguese spoken in the lobby of the building. Incidentally, some attentive ears would hear comments on the bill for the reform of the national pension system, which is being discussed at the Congress, and rolling back rights for the poorest. "It's difficult," one said. "Will it pass?" asked another.

This is the number one task that Park Avenue and Wall Street executives want to cross out, as soon as possible. About 120 of them sat down at round tables facing the main rectangular table, which also brought together the Head of Brazil's Senate, Davi Alcolumbre, and the Governor of São Paulo, João Doria. A lunch which, in its official agenda, should also have had the presence of President Jair Messias Bolsonaro and his Minister of Finances Paulo Guedes. Their absence, caused by the protests we led earlier this month, with a coalition of several American groups, was discussed after lunch. 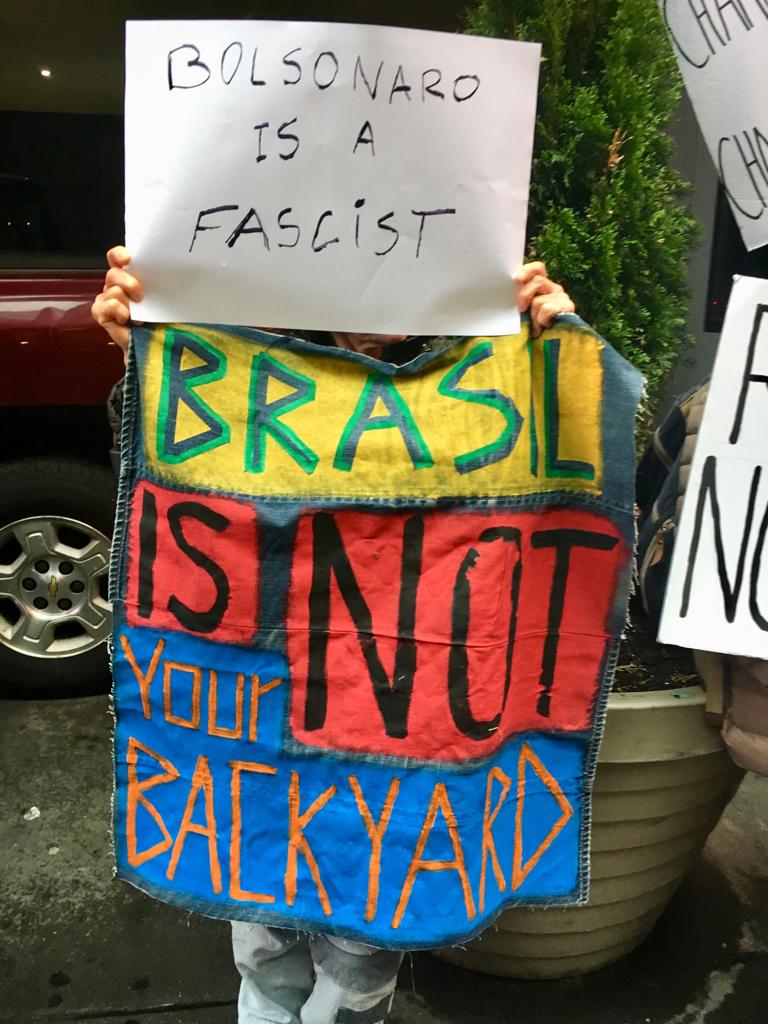 Representative Rodrigo Maia tried to give the impression that it did not make any difference whether they were physically present or not. They could very well participate actively in the important agendas of the country anywhere: whether in New York City, Dallas, São Paulo, Brasília... Obviously, a reference to the fact that Bolsonaro failed to come to NYC to receive the “Person of the Year” award, given by the Brazilian-American Chamber of Commerce, at the Natural History Museum, which quickly jumped out of the ceremony this year.

Daily protests by more than 14 groups of activists and four major NGOs, sponsorships canceled by at least four major corporations, and the open and direct statements of New York Mayor Bill de Blasio have made Bolsonaro's presence in New York absolutely unfeasible, and conspicuously undesired. One of the petitions, initiated by State Senator Brad Hoylman, whose jurisdiction falls on the Times Square district, has reached 82,000 signatures against the award, which should be announced on May 14 at the Marriott Hotel, as it was the only space that accepted to embrace the event, contradicting their inclusion values, and ignoring a large number of their clients' outcry. The actress Debra Messing even called for a boycott to the network of hotels in one of her tweets.

The group of politicians and the judge of Brazil's Supreme Court took part in the luncheon with the purpose of trying to erase this bad image. "When you come and have the participation of the Speaker of the Lower House, Head of the Senate, Governor Doria and the Minister of the Supreme Court, you are saying: our institutions are functioning and supporting our system and ensuring that what is approved by the legislature will be backed by the system," said Rodrigo Maia.

But what is obvious is just the opposite. If all this mis-en-scène is necessary to prove that the system works, that democracy works, but the Three Powers are mixed, instead of separating them, as good democracy calls for, and the true Rule of Law demands, it is a clear sign that there is a lot of distrust, and why not say plainly, much collusion evident out there.

The Head of the Senate Davi Alcolumbre went even further: "We showed investors that Brazil will become a State capable of controlling public finances again, of generating jobs and reducing the State's bureaucracy. This week, we came to present in New York the Brazil that we are building." It is a clear sign that Brazil has indeed been destroyed and that it has to be re-presented to a group of Brazilian investors, and some foreigners, in an attempt of dubious and even scandalous “re-construction” on a rainy day in New York City. 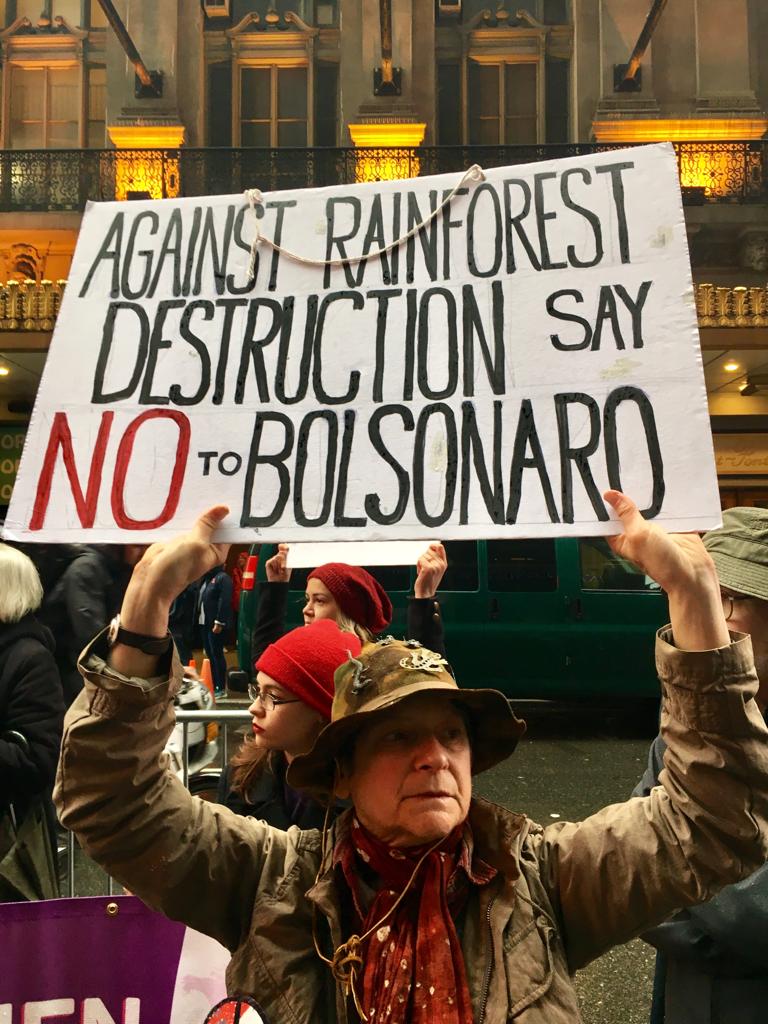