The ex-president of Brazil Luiz Inácio Lula da Silva delivered on Saturday, Nov. 9, a poignant speech against Jair Bolsonaro the day after he was freed from prison, championing the income distribution policies implemented during his administration and attacking the neoliberal policies pursued by the current far-right government.

Lula, who was held as a political prisoner for 580 days and was finally released on Friday, called the crowd that gathered outside the Metal Workers’ Union in São Bernardo do Campo, southeastern Brazil, to mobilize against the dismantling of the country. “No one can fix this country if you don’t want to fix it. Fearing the threats they make on TV, their support for militia groups, for the AI-5, won’t do anything. We have to make this decision: this is the country of 210 million people, and we cannot allow militiamen to destroy this country that we have built.”

AI-5 is a reference to the Institutional Act Number 5, enacted in Brazil in 1968, when the military regime implemented its harshest, most brutal actions to clamp down on political rivals and anyone deemed a “communist.” Torture, illegal arrests, and political persecution became the norm. Last week, one of the president’s sons said during an interview that, if the left became more radical in the country, the government should enact “a new AI-5.”

In his speech this Saturday, the ex-president questioned Bolsonaro and his Economy minister Paulo Guedes’ ability to come up with appropriate answers for the country’s economy. “I see that the people have become poorer, having less access to health care, to housing, to employment. More than 40 million people, or maybe 50% of the population, are earning R$413 a month [roughly US$100]. He should do what you all do: take these R$413 and provide for his family and commute to work. He should try to go to the doctor and buy medicine [with those monthly earnings]. I think there is no other way,” Lula argued.

The leftist ex-president also disparaged Bolsonaro’s attitudes and rhetoric, censuring his disrespectful remarks about women, black people, LGBT communities, and the most vulnerable segments of society.

Lula began his speech this afternoon attacking Globo, Brazil’s biggest media conglomerate, and recalling his routine while he was imprisoned. “It’s been 580 days in solitary confinement,” he said.

He also stood by his decision to turn himself in to the Federal Police on April 7th, 2018.

“I want to say what I have said before: when a human being, a man or a woman, is sure about what they want in life, about what they represent, and is sure that their accusers are lying… I have decided to go to the Federal Police [to turn himself in last year]. I could have gone to an embassy or to a foreign country. But I’ve decided to go there. I had to prove that judge [Sergio] Moro is not a judge, but a rascal,” he said of the judge who first convicted him and eventually became Justice minister under Bolsonaro.

He also criticized the chief prosecutor of Operation Car Wash, saying that Deltan Dallagnol “does not represent the Public Prosecutor’s Office, which is a serious institution. He created a criminal gang with the Car Wash task force. Those who conducted the investigation against me lied in every word. If I left [the country], I would be a fugitive.”

The Brazilian ex-president also called for justice in the Marielle Franco case, a councilwoman and human rights activist who was brutally murdered last year, when driver Anderson Gomes was also shot dead. Lula said that Bolsonaro was elected to run the Brazilian people, not to answer to the criminal militia groups that control large parts of Rio de Janeiro. “It is not his son’s video that counts,” Lula said about a video one of the president’s son posted showing crucial evidence for the Marielle Franco case. “Serious forensic analysis must be conducted in order to establish once and for all who killed Marielle.” 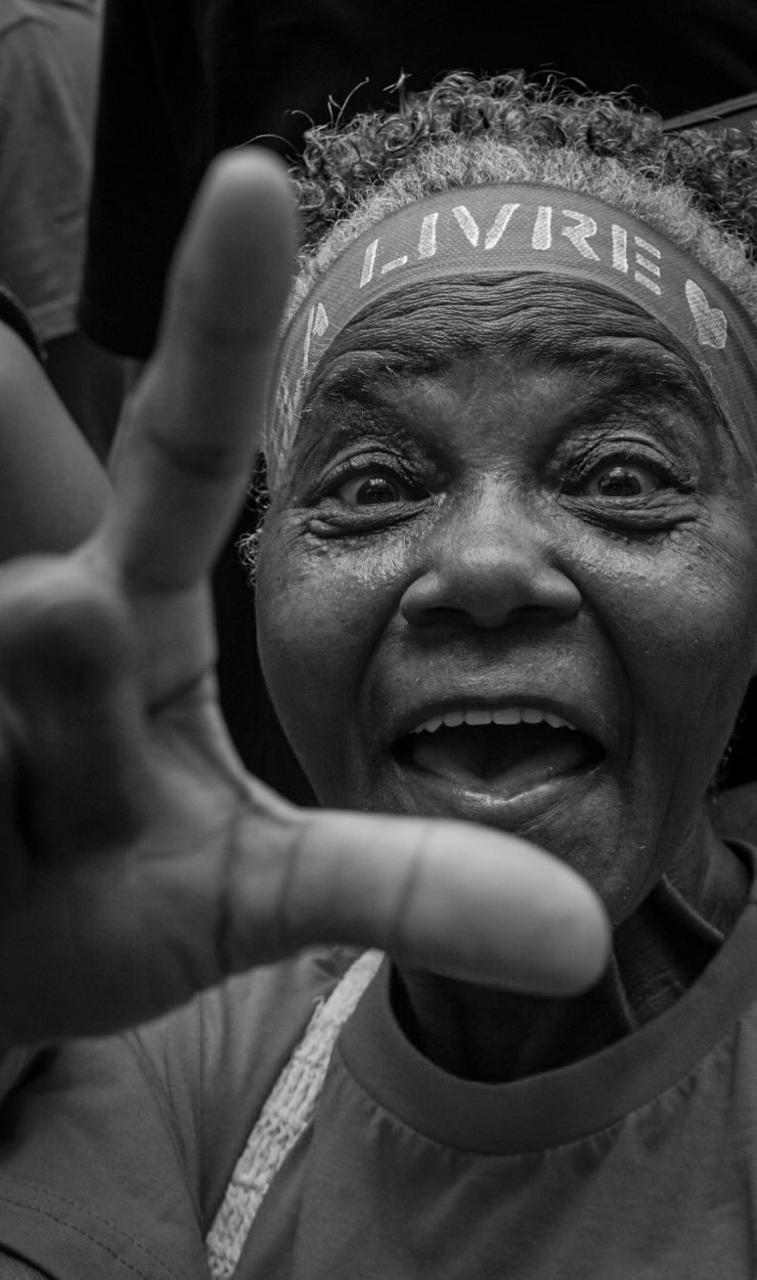 Lula reiterated that he does not want to be driven by hatred. “I am 74. I don’t have the right anymore to feel hate in my heart. I didn’t know I would fall in love at age 74,” he said about his new partner, the sociologist Rosângela da Silva. “I am 74, with a 30-year-old’s energy and a 20-year-old’s lust. I feel well and I am going to fight for this country,” he declared.

Lula also recalled the affirmative action policies implemented during his administration. “The only thing that motivates me in this country is the fact that we have proven that it is possible to run for the people who need the most. It is possible to help the poor enter university and technical schools. We have proven that, in 12 years [of Workers’ Party governments], we created 22 million formal jobs.”

Lula thanked his lawyers Valeska and Cristiano Zanin and said that now their struggle is to have the criminal cases against him dropped. “What we want right now is to have the habeas corpus petition we filed in the Supreme Court reviewed to nullified all the cases against me. There is enough argument to prove [the cases against him are weak]. No hard feelings, but Moro is a liar, Dallagnol is a liar. It is not just about what The Intercept exposed, but about what my defense had already said before. There is only one explanation for what they did with this case, and that was to take me out of the presidential run.”

Lula pointed out recent election results in neighboring countries, celebrating the victory of the Alberto Fernandez-Cristina Kirchner slate in Argentina, and expressing his support for the Broad Front coalition candidate Daniel Martínez in Uruguay, “to stop neoliberalism from coming back.”

The Brazilian left-wing leader also denounced a coup-plotting pressure from the opposition against the president of Bolivia, Evo Morales, who has been recently re-elected. “They are doing what Aécio [Neves] did when Dilma [Rousseff] beat him,” in reference to the 2014 presidential election.

The Workers’ Party leader called for solidarity with the Chilean people’s struggle against neoliberalism and the Venezuelan people’s struggle against US threats and economic sanctions. “We can criticize any government in the world, but it’s the people of each country who make the decisions about its own country. [Donald] Trump should solve the problems of the Americans. He was not elected sheriff of the world. He should run the United States and tackle poverty there.”

Lula also questioned Trump’s initiative to build a wall between the United States and Mexico. “They celebrated when the Berlin wall fell, but they are building a wall against the poor. We cannot accept that.” Closing his speech, the ex-president once again called Brazilians to react to the neoliberal measures implemented by Jair Bolsonaro and Paulo Guedes. “A people like you does not depend on one person — you depend on the collective. They hunted down Lula and [Fernando] Haddad, who was almost elected president of Brazil [last year]. I am sure that, if we have good sense, if we are able to work well, in 2022 the left — the one Bolsonaro is so scared of — will defeat the far right. This country does not deserve the government it has right now. It does not deserve a government of a president who tells his sons to tell lies every day and spread fake news.”