The rate of infection of the novel coronavirus among mining workers in South Africa is 330 per 100,000 inhabitants, more than double the average registered for the rest of the country’s population – 160 per 100,000. From the 1474 positive cases confirmed within South African mines, 907 are still active, 563 patients recovered and four have died.

The information was released Monday (22nd) by the Minerals Council South Africa, which represents 90% of mining companies operating in the country. According to the same report, only 3,4% of miners are tested for the disease.

South Africa is rich in charcoal, diamonds and platinum, explored by multinationals headquartered in countries like Canada, the United Kingdom and Australia. Mining accounts for around 10% of the nation’s GDP and employs 12% of its workforce. Migrants from neighboring countries like Mozambique, Swaziland, Botswana and Lesotho also work in the sector.

The provinces of Guateng and Northeas have 1,237 cases of novel coronavirus infections. In Guateng, they occurred in the two most important cities in the country, Johanesburg and Pretoria. Among the general population, the most affected province is Western Cape in the country’s south, with 47,6 thousand cases.

The South African government instituted a lockdown on March 27th to stem the spread of covid-19. For 40 days, only essential businesses remained open.

The mines reduced their activities, but did not cease them. During the lockdown they were running at 30% to 50% capacity.

The National Union of Metal Workers of South Africa (NUMSA) says that the assistance offered by the South African government wasn't enough to keep workers at home during the pandemic.

“The workers are aware that these are extremely dangerous spaces, but decide to risk it simply because they don’t have the means to stay in isolation, feed their children, care for themselves without due pay”, states the organization’s spokesperson, Phakamile Hlubi-Majola.

The unionist highlights the fact that not only the locations where mining takes place, but also the living conditions these workers face, are a risk to them, since they don’t guarantee that the World Health Organization’s (WHO) social distancing guidelines are kept.

“South African miners don’t have the appropriate living conditions, within the given standards. It was like this before the coronavirus”, she alerts. “In the workplace, it is even more difficult to follow the health guidelines. When they go into the cages, to go underground, the companies usually fill them to capacity. They didn’t make the decision to drastically reduce the number of people in those cages. This should have been reduced at least 50%”, recalls the NUMSA spokesperson.

The union feels obligated to take on a responsibility that should have been the government’s, or the employer’s. “As a sindicate, we have to be very vigilant and fulfill our roles as inspectors. We can’t rely on capitalism, or on capitalists, to ensure sanitation and safety. In their minds, adopting health measures means spending more money”, she analyses.

More than 89% of those infected in the mining sector work in gold and platinum mines, which are among the most valuable metals in the world. In taxes alone, extraction raised around 20 billion dollars for the country’s coffers in 2019. This year, due to the pandemic, there is likely to be a significant drop in revenue.

For Hlubi-Majola, the government should not hesitate in choosing between health and the economy: “Even if the economy slides now, it will recover with time. It’s possible to implement measures for this. But, when people die, there is no plan B, we can’t bring them back”. 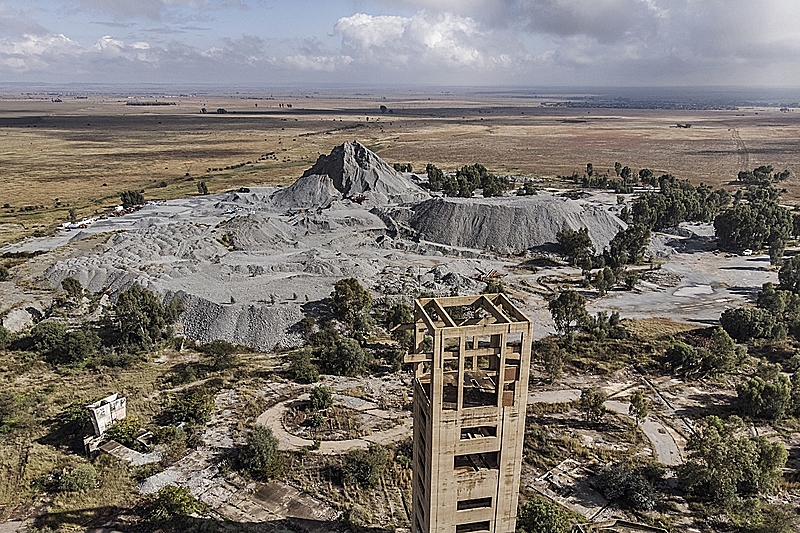 The Minerals Council affirms that it made health recommendations to all employees in the sector, even before the first ever case of covid-19 was confirmed in the country.

“Right at the outset of the pandemic, we came up with what was called the ‘10 Point Plan’, laying out the measures that should have been taken by the mines that continued to operate”, emphasizes Alan Fine, the Council’s spokesman. “We value transparency and keep graphs and information updated daily on our website, with the corresponding number of those infected in the sector”.

The entity has given sanitation and security recommendations inside the mines, as well as in the communities where miners live, using fliers and posters.

“Each miner, when he gets to work in the morning is traced. He is asked if he had a cough or other symptoms, they all have their body temperatures checked, to ensure no one has a fever. Whenever there are any symptoms, people are directed to get tested”, adds Fine.

The spokesperson reminds us that the Minerals Council doesn’t have the responsibility, nor the infrastructure to conduct inspections, and make sure health guidelines are being followed inside the mines.

Brasil de Fato reached out with the Department of Natural Resources, the governmental agency charged with this task, to confirm any possible violations related to health and safety of miners during the pandemic. There was no response up to the publishing of this article.

The fatality rate among those who have contracted covid-19 is lower in the mining sector – 0.27% as opposed to 1,98% in the rest of the country. One theory as to why, is the effectiveness of the isolation of workers as soon as the disease is detected. Another relevant aspect is that testing rates among mine laborers are 45% higher than in the general South African population.

On the other hand, the recovery rate of covid-19 patients in the mining sector is 38,5%, while the national average is 53%. NUMSA’s analysis is that work in the mines is associated with many pulmonary sicknesses, due to the inhalation of dust and toxic substances. This makes it more difficult to overcome diseases that attack the respiratory system, like covid-19.

The union spokewoman also pointed out that the end of the lockdown coincided with the start of the South African winter, which tends to fuel the spread of the illness, and make it more difficult to prevent and contain. Beyond the social distancing measures, she proposes that all workers be tested. Without this in place, there would be no way of ensuring a safe return of mining activities.

Alan Fine agrees that this would be the ideal scenario, but reminds us that access to tests is restricted – because of the price and global availability of kits – and that it would be up to the State to determine which groups are tested with priority.

South Africa is the 19th in the world in the number of infections, with 98 thousand cases and 2 thousand deaths as a result of the novel coronavirus.