April may be seen as a month of mourning, as every April 13th since 2015 marks another year since Eduardo Galeano’s departure. The Uruguayan journalist and writer of 33 books passed away six years ago of lung cancer. However, as Galeano himself wrote, life is made of “breath and despair” and April is also the month we celebrate the 50 years of Open Veins of Latin America, his first success, which was translated to over 20 languages.

The book tells the history of exploitation in the continent whose richness has been bled dry since the 15th century. A thorough journalistic investigation with historical data, anthropology, myths, and popular wisdom, the author’s narrative leads the reader into a path of worldly realities along with sublime experiences

“Eduardo has broken with all boundaries of style. [He had] A poetic, colloquial prose, deep historical research. Eduardo’s book is essential not only to understand Latin America but to understand life and the world”, asserts Brazilian writer and translator of many of Galeano’s texts to Portuguese, Eric Nepomuceno.

In many interviews, Galeano declared that Open Veins was an unpretentious book, the outcome of his own need to dive into our America’s history and to fully understand it.

“I think the main reason for the book’s endurance and significance was the combination of theme and style. It talked about something the public really needed to know more about and did it in an enticing way”, explains Uruguayan writer and journalist Roberto López Belloso.

Focusing on the natural resources of the region that were commodified by foreign economic powerhouses, such as silver, gold, oil, cotton, coffee, fruits, and sugar, Galeano shows how the colonial situation was imposed and provided the foundation for the dependent capitalism installed in Latin American countries.

“But the winners happen to have won thanks to our losing: the history of Latin America's underdevelopment is, as someone has said, an integral part of the history of world capitalism's development. Our defeat was always implicit in the victory of others; our wealth has always generated our poverty by nourishing the prosperity of others— the empires and their native overseers”,* Galeano sets forth in the first pages of the 1971 book.

The book continues to beat records, selling over 2 million copies a year and with a steady history of success with the public. “It is a book that, for some reason, readers long to find”, affirms Belloso. 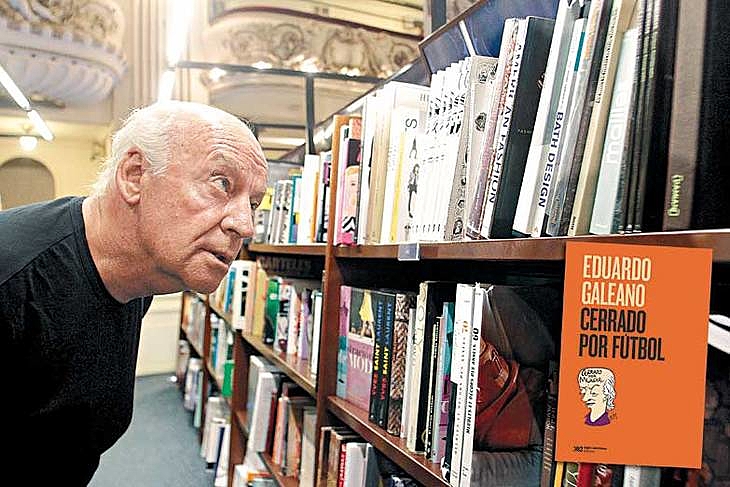 Galeano started his career as a journalist in the sports newspaper Mancha and dedicated several books to his love of soccer / Tiempo Argentino.

In Galeano’s case, the work and the author are one and the same. The journalist, who lived in exile in Argentine and Spain during Uruguay’s military dictatorship (1973-1985), never gave up the conviction that a more just and equal world was possible.

"It is not worth living for gain, it is only worth living to follow your conscience”, he said in an interview in 2011.

Back to Montevideo after the military regime ended, Galeano and Mario Benedetti opened the magazine Brecha Editorial to continue voicing the causes of the “nobodies”. Belloso, who was editor-in-chief of the publication while Galeano was still a member of the editorial board, comments that the only times he interfered in the magazine’s content was to suggest issues the press rarely touched on - the struggle of the Sahrawi people against Morocco’s attacks, Bolivia’s requests of ocean access, or the Ayotzinapa case.

“He was always one of us. We never had the feeling that we were talking to a Latin American legend, to a living legend. There was always this conduct that no one is above anyone else. He was absolutely truthful to what he believed in”, he reports. 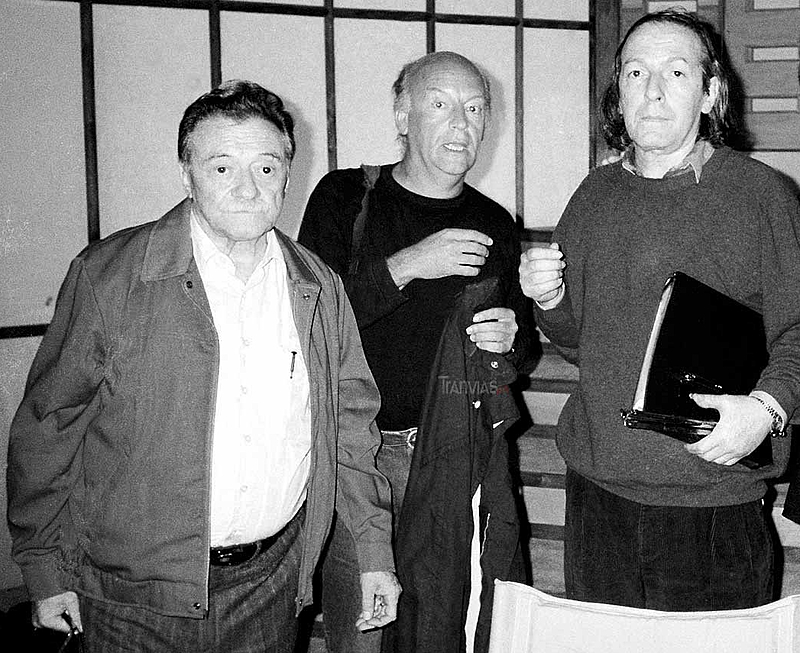 Benedetti, Galeano, and Viglietti founded the weekly magazine Brecha Editorial to continue to tell the histories of oppressed peoples in the region / Reproduction

Despite telling difficult stories with democratic, easy-to-understand prose, the international recognition was the result of the meticulous work of someone who did not “write on-demand”, as the author himself affirmed in an interview in TeleSur in March 2011.

“It gives much happiness to write, it is a joy in life, but it also costs me a lot. I write, rewrite, cross it out, and throw it away many times until I find the words that really deserve to exist”, he affirmed. 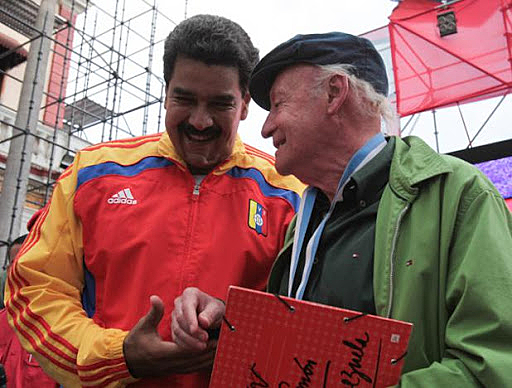 Galeano was an advocate of the Bolivarian Revolution in Venezuela, both with Hugo Chávez and with Nicolás Maduro / YVKE Mundial

Nepomuceno, who was “more than a friend, a brother” to Galeano, remembers the master’s challenging requirements in their years of shared readings, coffee breaks, and cigarettes.

“Every time I finished one of his books, we managed to meet and stay together for days, negotiating every word. Eduardo spoke Brazilian Portuguese with perfection”, tells the Brazilian writer, who describes Galeano as an energetic, loving, and good-humored guy.

Open Veins of Latin America showed that politically engaged journalism and literature were possible without resulting in stigmatized ideological propaganda.

With his “sentipensante” (sensing/thinking) language – capable of thinking while feeling, feeling while thinking – Galeano filled out the historical blanks with words that were more valuable than silence.

“We must invent the future, not accept it. We don’t have to surrender to the fatalities of destiny, as history can be born again every day”, as Galeano would say.

* English version of “Open veins of Latin America. Five centuries of the pillage of a continent” by Cedric Belfrage, published by the Latin American Bureau, in London in 1996.