Indigenous expert Bruno Pereira and journalist Dom Philips, a contributor to British newspaper The Guardian, are still missing in the Javari Valley, west of Amazon. They were last seen on Sunday morning (5) in the Intuí river. They were traveling from São Rafael, a riverside dweller community, to the city of Atalaia do Norte, Amazonas state, when they disappeared without leaving any pieces of evidence behind.

After the first 24 hours of the disappearance, an intense campaign on social media gained strength, including the participation of former President Luiz Inácio Lula sda Silva (Workers Party). Several bodies and officials have announced actions and measures to assist in the search of the two men. 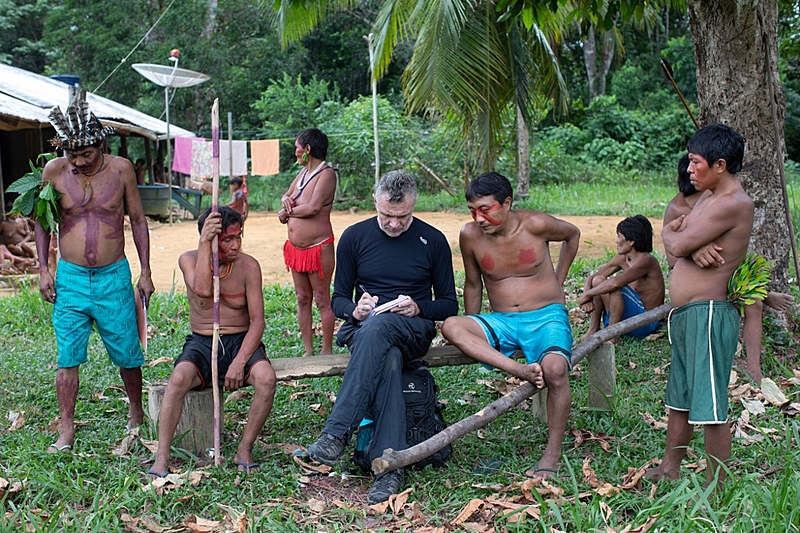 What does the Federal Police say?

The Brazilian Federal Police is following the case and working on it. “The diligence is being undertaken and will be disclosed in due course”, says its statement.

This Monday (6), the corporation’s team involved in the search heard the two people that met Pereira and Philip before they were reported missing. One of the men is an Indigenous leader, and the other is, supposedly, a fisherman.

The Federal Police made public the names of the two men but affirmed that they are not suspected. They testified as witnesses and were later released.

What does the Navy say?

The Navy published an official statement in which it says that, on Monday morning, it sent a team of the Search and Rescue of the River Captaincy of Tabatinga to the city of Atalaia do Norte, Amazonas, to support the searches for the vessel in which the journalist and the Indigenous expert were.

The searches included seven soldiers and continued throughout the afternoon. Actions were carried out on the rivers Javari, Itaquaí, and Ituí, inner Amazonas state. The Navy also informed that, on Tuesday morning, a helicopter from the 1st General Employment Squadron of the Northwest will also be used in the search, in addition to two boats and one watercraft.

What does the Amazon Military Command say?

On Monday night, the Amazonas Military Command (CMA, in Portuguese) spoke about the disappearance. According to the body in a statement, the CMA is ready and able to start searches and rescue works for the missing men. However, it will only take such action when it is duly requested.

“The Amazonas Military Command (CMA) has the necessary conditions to conduct a search and rescue humanitarian mission, as it has been doing throughout its history. However, it will only take such action when it is duly requested by the Upper Echelon.

What does the Amazonas state government say?

Amazonas Governor Wilson Lima (Union Brazil) announced that the Department of Public Safety of the state will support the searches. According to him, a task force formed by civil and military police officers and volunteers was sent to the region.

“We are making the State available to support the searches and investigations on the disappearance of Indigenous expert Bruno Araújo and journalist Dom Phillips in Atalaia do Norte. We are sending agents to the scene, and we will do what we can to find them,” Lima posted on Twitter.

What does Funai say?

In a statement released to the press, Funai stated that it “follows the case, is in contact with the security forces operating in the region, and collaborates with the searches”. The body, however, was keen to point out that Bruno Pereira is on leave from the institution.

“It should be clear that, although Indigenous expert Bruno da Cunha Araújo Pereira are part of the staff of Funai, he was not in the region on an institutional mission since he is on leave to deal with personal interests”, adds the entity.

What does the Attorney General's Office say?

Brazilian Attorney General's Office (also known as PGR in Portuguese) reported that it is monitoring the search for the two missing. “The information the Attorney General's Office has received is that agents linked to these forces are searching the area between the São Rafael community and the city of Atalaia do Norte (Amazonas state), where the disappearance has supposedly occurred”.

On Monday afternoon (6), Brazil’s Attorney General of the Republic Augusto Aras and the Minister of Justice and Public Security Anderson Torres met in Brasilia to discuss the matter.

What does the Ministry of Justice say?

In a statement, the Ministry of Justice said that it started operations in the area, which is known for the violent action of hunters, fishermen, and illegal loggers, in addition to drug trafficking.

“Operations take place concurrently by air, sea, and land and by determination of the Ministry of Justice the search for the Indigenous expert and the journalist has teams from the Federal Police, the National Public Security Force, and Funai”, wrote the ministry on its Twitter account.

What does the Federal Public Ministry in Amazonas say?

In addition to the PGR, the Federal Public Ministry in Amazonas opened an administrative procedure to follow the matter and called the Navy, the Federal Police and other officials.