Drums, banners, shouts against racism and exploitation. Hundreds of black men and women were not afraid of the drizzle and took to the streets in São Paulo on Tuesday afternoon to take part in Brazil’s 15th Black Awareness March.

This year, there was something different about the march. In addition to addressing race issues, it also brought together elements that matter to the black and democratic movements, in a conversation with today’s political scenario in Brazil. The struggle against fascism and authoritarianism that emerged in the country’s recent elections set the tone of the demonstration since the beginning, as protesters marched in defense of democracy and against all setbacks, while also celebrating resistance and calling for the end of black genocide.

Luiz Gonzaga da Silva, of the People’s Movement Center and the Housing Movement of the City of São Paulo, said fighting brutality on the outskirts and poor areas is one of the key elements of the march.

“[Its] main goal is to fight racism, fight all forms of exploitation of our black people. Our youth is being shot in the back. In the service of what? Of capital. And the work the police have been doing, the extermination of black people, is very worrisome. We don’t know what they want to achieve. Do they want to do what they did with indigenous peoples? We had 775 indigenous ethnic groups [in Brazil before the Portuguese arrived in 1500], now we have less than 200,” he lamented.

The activist also recalled that nearly 55 percent of Brazil’s population is black, but these men and women are underrepresented in the so-called “spaces of power,” mentioning that of 375 elected members of congress this year, “hardly 10 percent are black.”

Singer and songwriter Larissa Nunes, a.k.a. Larinu, took part in the march and valued how important it was for workers to come together during the Black Awareness Day holiday to celebrate resistance and draw attention to black people’s struggles. “I think it’s very important that artists, teachers, and educators are here. They are the bedrock of our struggle, along with workers, as they are workers in arts and education. So a shout-out to them. Resistance and long live these black lives!,” she excitedly said during the demonstration. 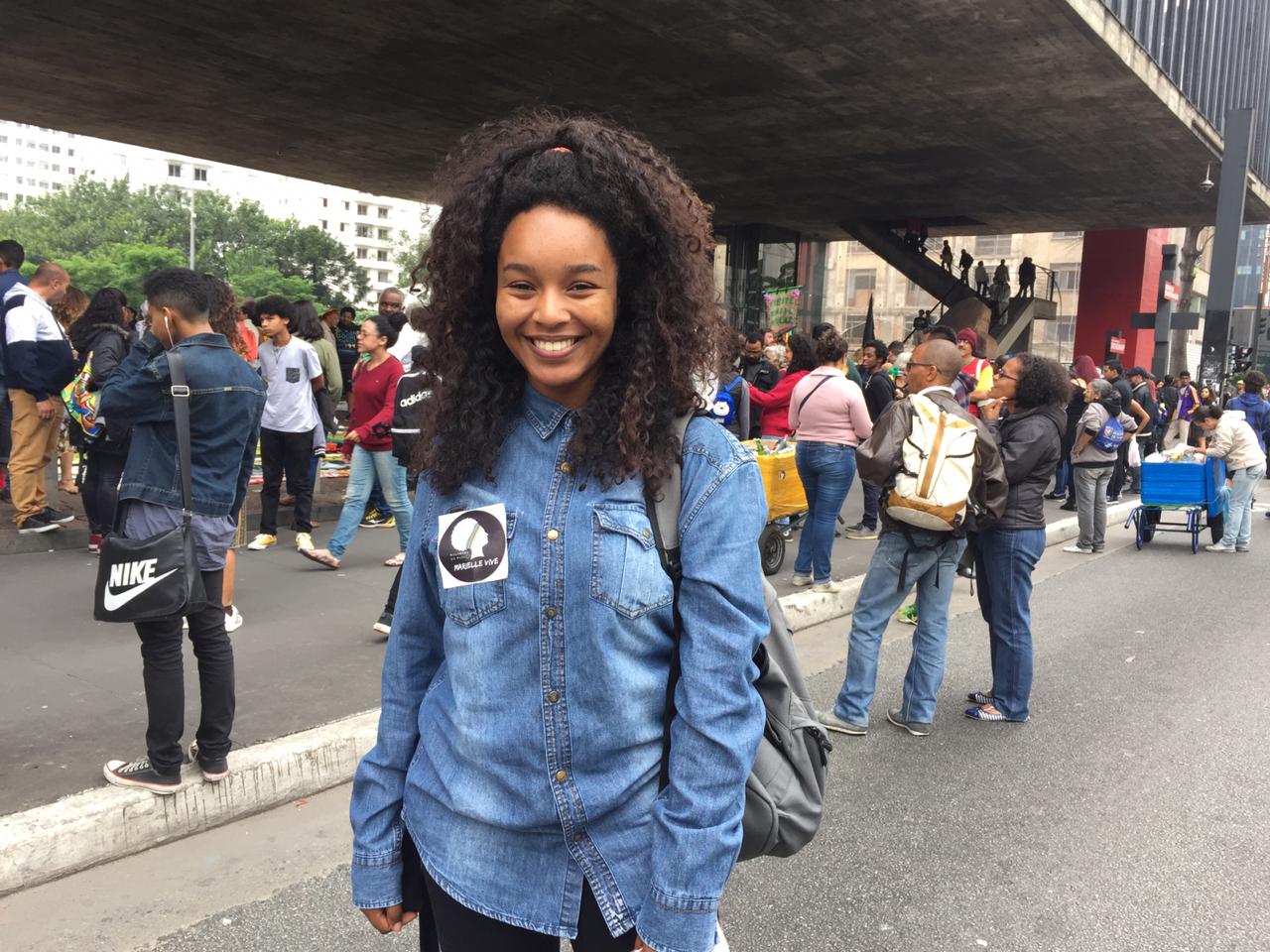 The diversity of faiths was also addressed at the 15th Back Awareness March, as demonstrators called for faiths that do not exclude or discriminate against people, but rather bring together individuals raised into different religious traditions.

Flávio Jorge Rodrigues da Silva, a member of the Soweto Black Organization and the National Coordination of Black Entities (CONEN), has taken part in all 15 annual marches organized to this day in São Paulo. He said resistance has existed since slavery time and it becomes stronger with any political scenario.

“I’m part of a generation of activism that has been struggling for nearly 40 years. A generation that started fighting against the military dictatorship, exposed the [farce of] racial democracy, and now is also struggling against the abuses, the loss of rights, and especially the election of Jair Bolsonaro,” he argued.

While condemning racism, Silva said the march should take the opportunity to appreciate the victories achieved in previous periods. “Although Brazil is a very unequal, racist country, we’ve had several victories in recent years, especially during the [Luiz Inácio] Lula [da Silva] and Dilma [Rousseff] administrations. Affirmative actions that led to nearly one million black students to have access to [higher] education in our country, the Racial Equality Law, the quilombo policies [focused on settlements set up in Brazil’s rural areas, mostly by escaped enslaved people of African descent] in our country,” he lists.

Hamilton Cardoso is a long-time black activist who joined the movement in 1978, when black youths were banned from a club’s pool. Since then, he says injustices keep happening in many different areas due to conflicts of interest that have taken over the judicial branch in the country.

“It’s a shame, for example, that an important person such as Luiz Inácio Lula da Silva is in prison because they wanted to bar him from running for president. All this will have a huge weight. We are waiting for Bolsonaro [to take office in January] to see what will happen in the beginning of 2019. And we, the progressive forces, will not stop, we’ll demand our rights, our spaces, and fulfill our role.”

Cardoso believes reducing the age of criminal responsibility – a policy Brazil’s president-elect Jair Bolsonaro intends to push through – would be yet another injustice against black people. “They want to reduce it to kill black youth early. They are going to kill black children. They could even want to kill them in their mother’s womb. So we will be watching, we will face this.”