Thousands of Brazilians took to the streets this Friday, March 8th, to celebrate International Women’s Day.

With the motto “For women’s life, we are all Marielle,” they marched in cities all over the country to protest against the dismantling of Brazil’s pension system, the country's increasing femicide rates, and the setbacks suffered under the Jair Bolsonaro administration.

The marchers also celebrated the legacy of black activist and Rio de Janeiro councilwoman Marielle Franco, who was brutally murdered on Mar. 14, 2018. A fierce advocate for human rights, Franco became an inspiration for women workers all over the country who fight against injustices. The crime that took her life and the life of driver Anderson Gomes is still unsolved one year after it happened.

The mobilization started early in the morning. Two hundred activists with the Landless Workers’ Movement (MST) and the Movement for People’s Sovereignty in Mining (MAM) occupied a plant of Australian miner Mirabela Nickel in Ipiaú, Bahia state, to protest against predatory nickel mining. The women also denounced the risks of contamination of the local Contas River, less than a kilometer (roughly 0.6 mile) away from the company’s tailings dam.

The sun had just come up in the southern city of Florianopolis, Santa Catarina, when women from La Via Campesina sat for a dialogue circle, where they talked about the impacts of Bolsonaro’s proposed pension reform for rural workers and discussed ways to resist big agriculture and intensive pesticide use in crops. In Chapecó, also Santa Catarina state, indigenous women held a rally at a town square. 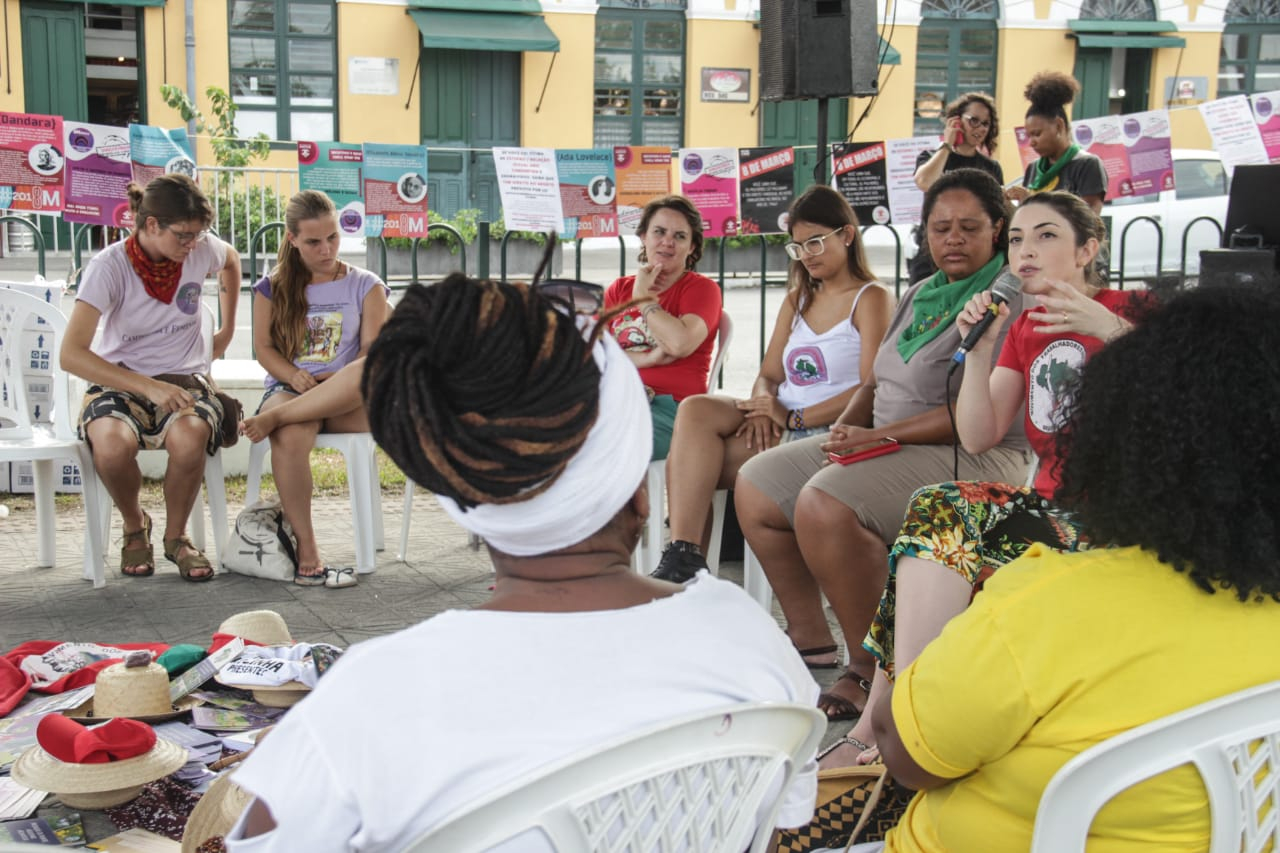 In Rio Grande do Norte state, northeastern Brazil, female small farmers handed 15 tons of food grown in rural settlements across the state. In Porto Alegre, Rio Grande do Sul, they held panels about femicide, violence against women, and reproductive rights in the morning.

The biggest demonstrations took place in the afternoon, when the memory of Marielle Franco was specially honored and protesters chanted against the Jair Bolsonaro administration.

In the city of São Paulo, southeastern Brazil, the March 8th demonstration gathered more than 50,000 people, according to organizers.

Simone Nascimento, an activist with the black movement, attended the rally and spoke about what motivates women to struggle.

“March 8 and other dates when women take to the streets to demonstrate have been decisive for Brazilian people’s resistance. We’ve just had an extremely undemocratic president elected, who has been pushing an agenda to take away our rights, like we’re witnessing now with the pension reform. It’s an agenda that completely tears apart all the rights the [working] class has fought to earn in recent years. This is where an endless, unstoppable fight begins,” Nascimento told Brasil de Fato during the demonstration in São Paulo.

One of the main targets of the protest was the pension reform bill proposed by Jair Bolsonaro, which, if it is passed, would take away rights of workers and retired Brazilians, hurting especially women, who work more and earn less than men.

“We need a reform that can secure people's rights. This reform [proposed by Bolsonaro] not only restricts that, but also attacks the rights that have been accomplished after a lot of fight and struggle,” lawyer Neuzely Fernandes said. “Women have to have their rights respected. And it’s not the government or the Congress who is proposing a reform the way we need and deserve,” she added. 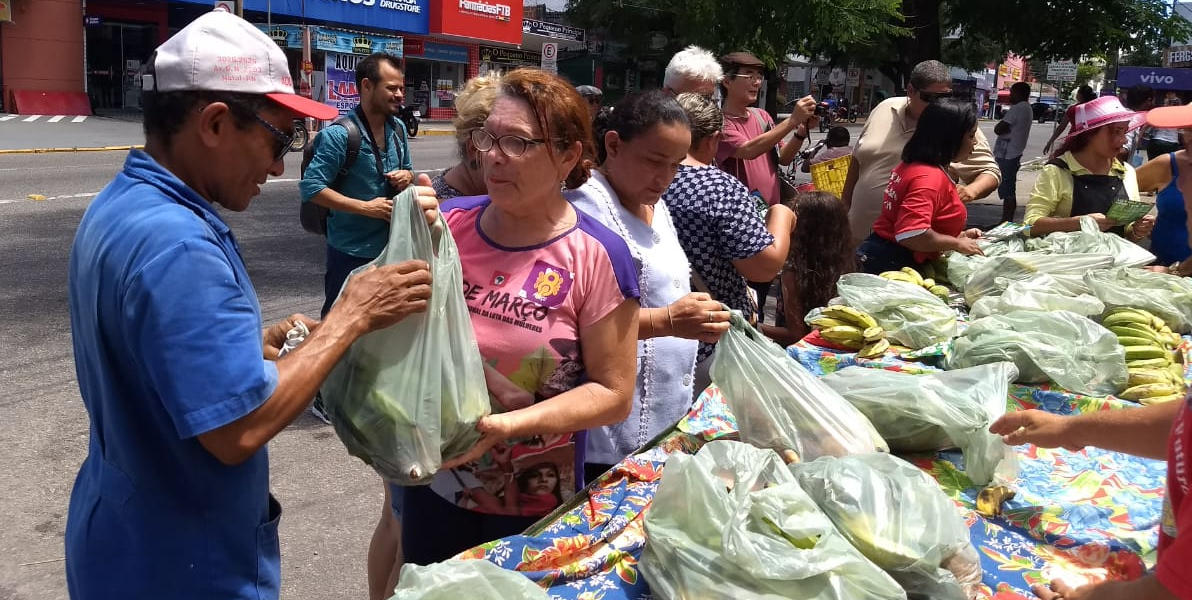 In Rio de Janeiro, more than 50,000 people took to the streets, according to organizers.

State representative Mônica Francisco and Bruna Silva, the mother of 14-year-old Marcos Vinícius, who was killed by the police during an operation in the Maré slums last year, attended the demonstration. “I’m here in the name of my people from the slums, to say that this is our time, our voice, and our place,” Silva said.

The widow of Marielle Franco, Mônica Benício, praised her late partner’s legacy and explained why she takes part in the protest on Women’s Day. “We’re here for the life and freedom of all women, for the right to our own bodies the way we want.”

The International Women’s Day march in Recife, northeast Brazil, gathered 15,000 people with the motto “Marielles: free from sexism and racism, and for a public pension system.”

Before the rally, women held discussions about topics that are part of the feminist agenda, such as the end of violence against women, wage inequality, and femicide.

In the southern city of Porto Alegre, the Women’s Day rally gathered hundreds of demonstrators and was called “Rally for Women Workers’ Lives.”

They criticized femicide and the attacks of the pension reform bill against workers’ rights. Many small farmers participated in the demonstration and protested against the Jair Bolsonaro administration’s attempts to criminalize the Landless Workers’ Movement and his proposed rules to make it harder for rural workers to retire.

More than 64 institutions that fight for women’s rights took part in a religious celebration and the march that started at a downtown square in Salvador, Bahia.

The parade honored Marielle Franco with a huge yellow flag with the councilwoman’s face painted on it. 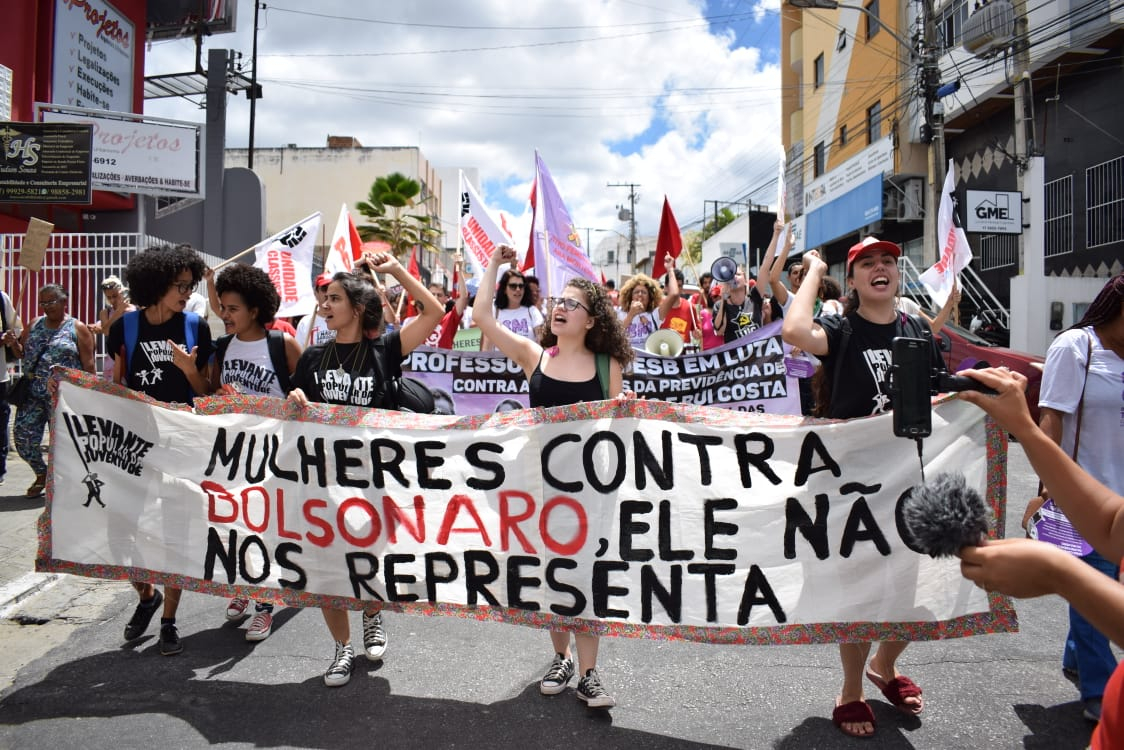 Organizers of the march in Salvador said the election of Bolsonaro represents a war on women, poor people, black people, and LGBTQ+ people.