Who ordered the death of Marielle Franco? The question remains unanswered one year after the Rio de Janeiro councilwoman and the driver Anderson Gomes were brutally executed on March 14th, 2018, in Rio de Janeiro. The suspects of pulling the trigger – the retired military police officer Ronnie Lessa – and driving the car that ambushed them – the ex-military police officer Élcio Vieira de Queiroz – were arrested Tuesday, but it is still unclear who ordered the killing.

The assassination happened one year ago today, and demonstrators all over Brazil and the world are taking to the streets this week to demand answers and justice for the thousands of victims of violent crimes that die every year in the country, especially black and poor people.

Marielle Franco was a fierce advocate for the rights of the most vulnerable. She described herself on social media as “a black woman born and raise in Maré [a slum complex in Rio] and a human rights defender.”

Protesters have been helding demonstrations and rallies this week in several capital cities around Brazil.

Today, the events started early in the morning in Rio with a “Dawn for Marielle” demonstration. Political activities will continue throughout the day, wrapping up with the “Justice for Marielle and Anderson” festival in the center of the city tonight. 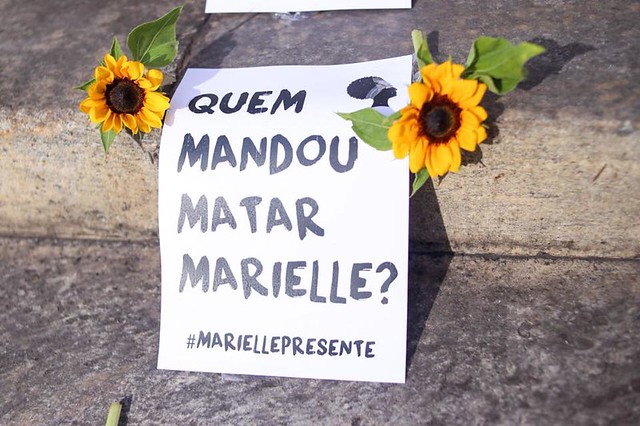 A sign reads "Who ordered Marielle's death?" at a rally this morning in Rio | Mídia Ninja

In the capital of the country, Brasília, activists will put up street name signs with Marielle Franco’s name around the city, launch her posthumously published book about the operations of pacifying police units in Rio’s slums, and hold a ceremony to honor the councilwoman at the Federal District’s legislature.

Protests will take place in ten other capitals in the country, as well as around the world, including in Buenos Aires, Bogota, Paris, Berlin, Amsterdam, Geneva, Bologna, Madrid, Zurich, Melbourne, New York, and other cities in the US. 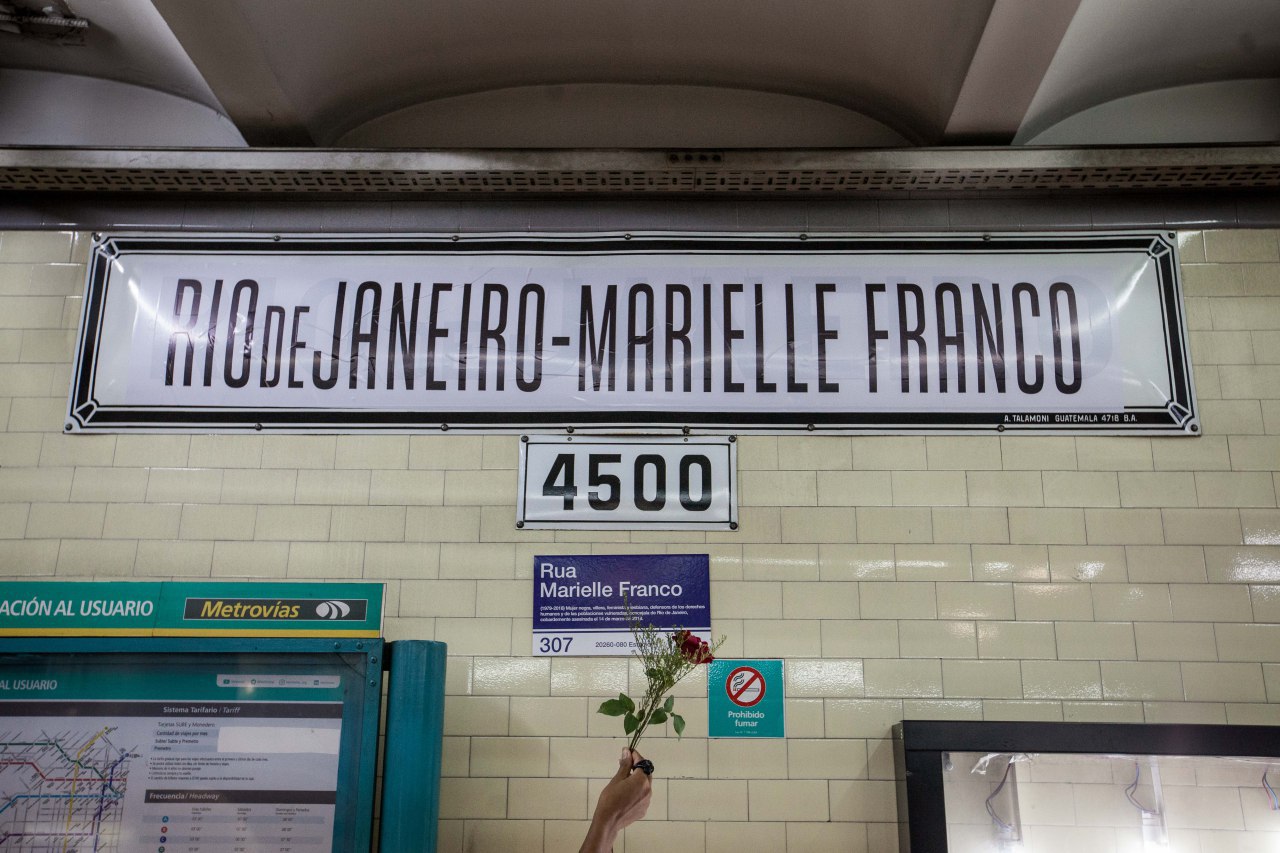