The inmates of the Female Re-education Center of Ananindeua were awakened at 4 a.m. on September 4th by men of the Prison Intervention Task Force (FTIP) for their first operation in the penitentiary. The facilities are located in the metro area of Belém, Pará, northern Brazil.

The agents launched grenades inside the cells and fired pepper spray against the inmates. The women were then forced to strip down to their underwear, while some were completely naked. As part of a procedure, they were forced to sit down on the ground with their hands behind their heads, having baton blows delivered to their legs and arms. Some were dragged. The whole time they were forced to remain in that position, the women were deprived of water and received only one meal around 5 p.m. -- 13 hours after the ordeal began.

The FTIP -- called after a massacre in a men’s prison in Altamira, Pará, where 58 people died -- also kept 80 female inmates in one cell. There are reports of inmates who passed out from the abuse and were awakened with pepper spray.

The women spent seven days without being able to maintain their personal hygiene. The food they received was going off or raw or undercooked and they had to drink untreated tap water. There are reports of inmates who had their period and their uniforms were stained because they didn’t have sanitary pads.

The human rights violations described are part of the Prison Inspection Report that investigated the conditions of the inmates of the Ananindeua Female Re-education Center.

The report was produced by the Human Rights Commission of Brazil’s Bar Association in Pará and was disclosed on Sep. 20.

Reports of humiliation, baton blows, and punches are common among the inmates as they recall the FTIP men’s practices. Most respondents had signs of bruises on their arms and legs, and some had marks suggesting they were dragged on the floor. Inmates reported mistreatment by correctional officers, who forced them to be completely naked for hours | Photo: Human Rights Commission of Brazil’s Bar Association in Pará

The task force composed of federal correctional officers was authorized by Brazil’s Justice minister, Sergio Moro, approving a request by Pará governor Helder Barbalho. The operation was originally scheduled to last 30 days, but it was later extended until Oct. 27.

The agents were supposed to take over guarding, surveillance, and custody activities, but the reports in the Ananindeua prison show there have been cases of torture and violations of human rigthts.

The Bar report was produced after the organization visited the facilities on Sep. 11 and 12. The women had bruises and rashes from contact with pepper spray. Most bruises were on their arms and legs, which were the parts of their bodies that were exposed while they sat on the floor for approximately five hours with their hands behind their heads, receiving baton blows and not being able to have any kind of reaction.

The Human Rights Commission (CDH) requested that 64 women should be taken to a local medical examiner’s office to be examined.

The Pará State Prison System Office released a statement arguing that the medical evidence did not show signs of torture or any other kind of violence against the inmates.

José Maria Vieira, a CDH representative, said however there is no doubt that the women were consistently subjected to physical violence, and that the way they are examined is ineffective. He adds the fact that the medical examinations were conducted over than one week after the reported assaults.

“The medical reports show there are wounds, but no signs of torture. But they [the doctors who conduct the examinations] are not trained to say that for sure, and some wounds were more than eight days old,” Vieira argues. “Also, torture is not only physical, but also psychological. They did happen, and they were dreadful, and they were documented.” 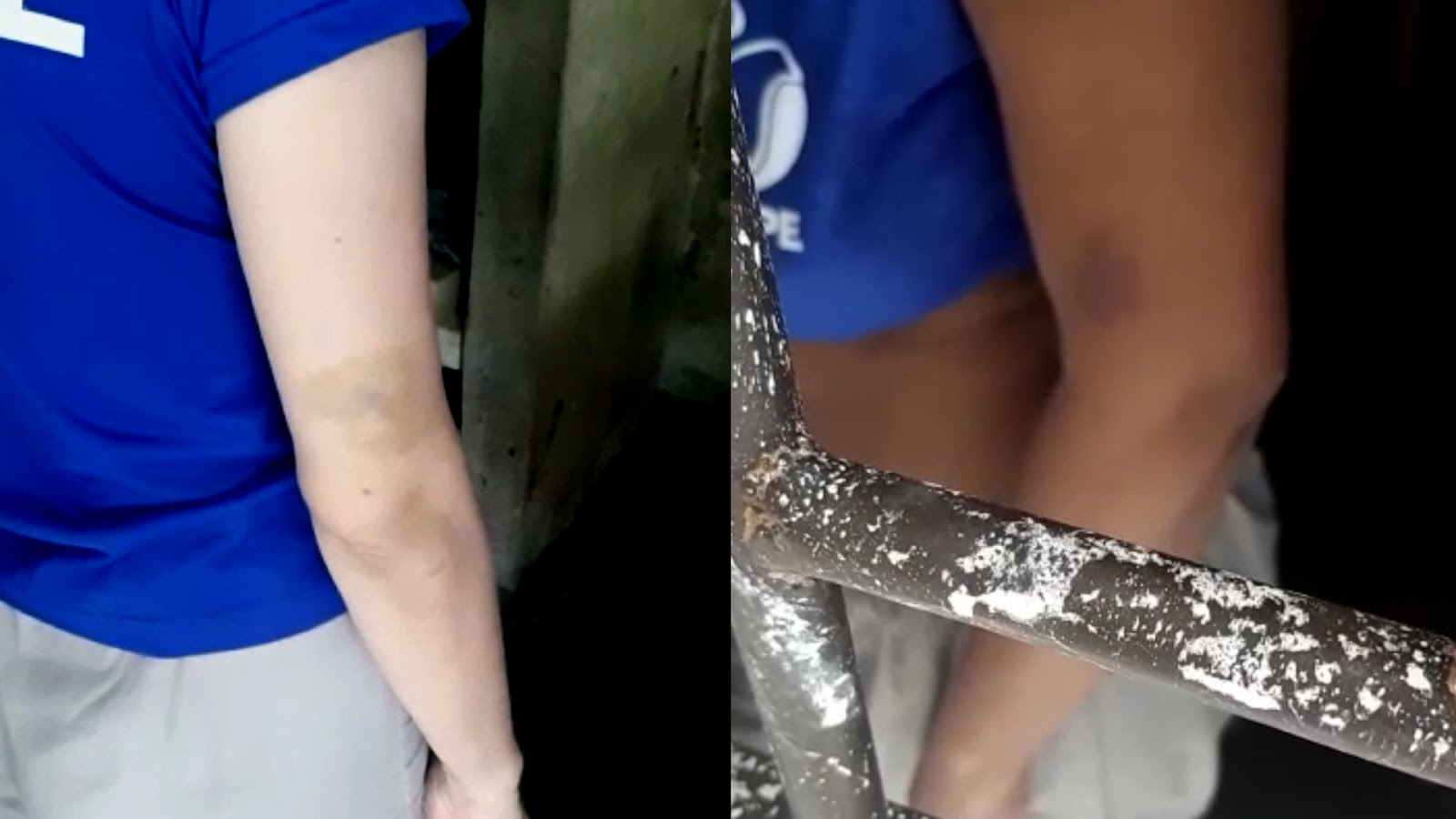 Inmates reported mistreatment by correctional officers, who forced them to be completely naked for hours | Photo: Human Rights Commission of Brazil’s Bar Association in Pará

José Vieira, a lawyer and member of Brazil’s Bar in Pará state, said the inspection they conducted was only allowed based on a court decision, as the state’s prison system claims that there are no cases of torture in its facilities.

“We were able to investigate several cases of assault. These inmates are systematically abused. They suffer psychological and physical torture. There is a pattern of physical wounds that are the result of the security procedures in place,” he says.

There are reports of women with itchy skin, vaginal discharge, inflammations, and infections. None of the cases has been examined by the prison’s medical team. Vieira said the agents went as far as forcing the inmates to sit on an ant hill in one of the prison wards.

“Inmates in their underwear are forced to sit on ant hills. They have rashes on their buttocks from the ant bites. It’s outrageous, horrific. The sanitary conditions are terrible. I have taken part in many inspections in men’s prisons and have seen poor conditions, but this time I was truly negatively impacted. It’s really a haunting situation.”