The budget cut of R$1 billion (roughly US$250 million) for public health care, approved by the Brazilian Congress in January 2019, was a foreshadowing of a year of dismantling and setbacks in the area.

The Jair Bolsonaro government imposed a series of obstacles to users of the Brazil’s Unified Health System (SUS). With less money in the bank, the consequences were inevitable: hospitals scrapped, fewer workers in the sector, lack of medicine, and minorities with even less access to treatment.

The president ended the More Doctors program, first established in 2013 to tackle the lack of health professionals in poor and remote areas of the country, and presented the “Doctors for Brazil” program. However, his government has not introduced a consistent measure to fill the void left by the eight thousand Cuban medical doctors who left the country after their participation in program ended.

The most affected communities are those on the outskirts and impoverished areas of big cities, left without care by the new program, according to the National Network of Doctors for the People. The “Doctors for Brazil” program also halted the construction of new primary health care facilities in the country and weakened labor relationships.

As workers in the public health service saw their labor rights being attacked, several strikes were staged in reaction to the government measures. In June, hospital workers, first responders, and workers of primary health care facilities and urgent care centers stood up against the pension reform. The protesters said that the proposed overhaul penalized workers for the benefit of the market.

The financial tightening impacted the public drug program, which supplies drugs at lower prices through state-run and partner private drugstores. The program was left with no coordinator for months and spending reduced by 27 percent over 2015. Around 7 million people were left with no drug supplies in the last two years, according to a survey conducted by NGO Repórter Brasil with the Health Ministry and Fiocruz. More than 400 pharmacies were closed.

At the same time, the Health Ministry suspended, without justification, the contract with seven major public laboratories, used for the production of 19 free medicines by the SUS. The impact was felt by more than 30 million Brazilians that previously accessed these drugs for price up to 30 percent less than the market price. 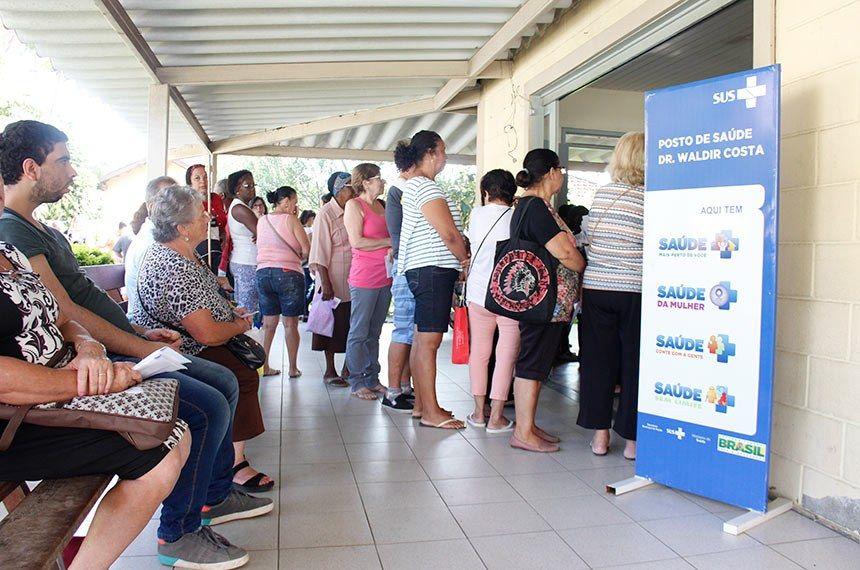 Every day in 2019, thousands had to wait in long lines to see a doctor and receive treatment at health care facilities in Brazil | Handout/Nova Friburgo city government

Bolsonaro also opened up the possibility to return to asylums and electric shock treatment in a technical note published by the Health Ministry in August. The government called for the institutionalization of children in psychiatric hospitals and abstinence as a treatment for people struggling with addiction to drug or alcohol.

The debate about the legalization of marijuana for medical use gained force in 2019. In October, the Chamber of Deputies, Brazil’s lower house of Congress, installed a special committee to debate the issue in the legislature -- while dozens of people would have been listened to by the parliamentarians, not one concrete action was taken by the commission as of now.

By the end of the year, in December, Brazil’s national health regulatory agency Anvisa regularized the sale of medicines made with cannabis in pharmacies. Beyond the symbolic advance, activists and lawmakers in opposition to Bolsonaro classified the new rule as “exclusionary and elitist.”

In the same month, Bolsonaro signed a decree that took away 22,400 jobs in the public health care sector. Of these, 10,600 are community agents, responsible for carrying out assistance measures related to disease prevention, through house visits and disinfection of public and private places. The investments in this area are considered essential, for example, for the prevention of dengue fever.

In 2019, since Bolsonaro assumed the presidency, the cases of dengue in Brazil increased seven times in relation to last year and exceeded 1.5 million.

Poison on the table

In the Bolsonaro government, Brazil hit records of the use of pesticides -- until December, more than 500 new products have been approved. It is the highest number in the last 14 years, according to the monitoring of the Permanent Campaign Against Pesticides and for Life.

The approval of such a massive number of new pesticides in the country has serious implication for Brazilians’ health. A study published in December by Anvisa showed that at least half of the plant-based food products consumed in the country have residue of pesticides. The agency, however, played down the risk implicated in those high rates and affirmed that the consumption of food products is safe. 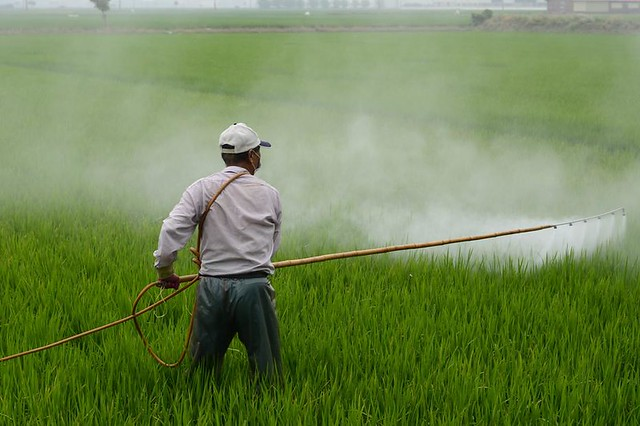 Government approved this year a record-high number of pesticides, which are poisonous to humans, animals, and the environment | Pixabay

The initiatives to please the agroindustry coincide with the vision of the Health Minister Luiz Henrique Mandetta, a representative of the powerful agribusiness lobby whose speeches in 2019 were characterized by threats and conjectures.

He attacked Indigenous populations, for example, suggesting the termination of the Special Secretary of Indigenous Health (SESAI), even though the office has recorded a 400-percent growth in services provided in the last four years. After diverse mobilizations, the minister gave up on the idea.

In an exercise of making conjectures, the Health minister actually suggested charging for treatment in the country’s universal health care system, in an interview on the show “Roda Viva,” of TV Cultura.

When speaking at the 16th National Health Congress in Brasilia, the capital of Brazil, Mandetta was booed for around 17 minutes. He promised to those present that Brazil had arrived “to the moment of democracy” and that “for the first time the Ministry was doing something without asking something in return.”

Not asking anything in return, says the minister: no investment, no doctors, no perspectives.