The president of Brazil, Jair Bolsonaro, has always made it very clear that protecting the environment and improving the living conditions of peasants, quilombolas, and indigenous communities would not be a top priority in his administration. Since he took office, in January 2019, the country has seen a spike in deforestation, and a number of moves that serve the interests of the powerful rural caucus.

During his presidential campaign in 2018, Bolsonaro attacked what he called an “industry of fines” imposed by the Brazilian environmental agency Ibama. He also said he would not ratify indigenous and quilombola lands, and even considered merging the country’s Environment Ministry with the Agriculture Ministry, two cabinets with completely antagonistic interests.

The idea didn’t work, but the far-right president found a way to appoint an Environment minister who is a clear advocate of the rural caucus. Ricardo Salles is a lawyer who was charged with misconduct in office in a number of cases, and who has actually had his political rights suspended in 2018 for three years. And while the Constitution says that only Brazilians older than 21 years old enjoying full political rights can be nominated cabinet-rank officials, Bolsonaro kept Salles in office, demonstrating his determination to serve the interests of agribusiness.

The first move made by the new minister was to close the country’s Department of Forests and Climate Change. At the time, Salles argued that it had turned into a gathering of people “who just undertook international tours with government money,” referring to public servants who had traveled to Poland to take part in the United Nations Climate Change Conference (COP24), an annual meeting between member states held every December.

The first major man-made environmental disaster to happen in the Bolsonaro administration was the collapse of a tailings dam in Brumadinho, Minas Gerais, on Jan. 25, where 248 people were killed, and where 22 bodies still remain under the 12 million cubic meters -- roughly 3.5 billion fluid gallons -- of toxic mud that poured down the Paraopeba River.

The 944,000 people hit by the tragedy in the 18 towns downstream had their lives devastated for ever.

Vale, in turn, continues to exploit minerals freely in the area.

The Brumadinho dam burst was a tragedy foretold, and it could have been avoided. But the then director of the Ibama in Minas Gerais, Julio Cezar Dutra Grillo, had said during an extraordinary meeting at the Mining Activities Chamber (CMI) in December 2018, around a month before the collapse, that the dam posed “zero risk,” while discussing the licensing of mining operations at the dam. Grillo was discharged in February, along with 21 Ibama regional directors, for no apparent reason.

In April, Salles once again targeted the Ibama, cutting 24 percent of the agency’s budget, a move that greatly impacted law enforcement work against illegal deforestation. According to Observatório do Clima, a climate watchdog, the Ibama imposed in 2019 the smallest number of fines in 15 years.

After the attacks against the environmental agency, the government started to cut the budget of other environment-related offices and policies. In May, the far-right administration cut R$11.2 million (US$2.8 million) of the budget of Brazil’s National Climate Change Policy, a 95-percent drop in its budget estimate, leaving Brazil with only R$500,000 (US$125,000) to fund the fight against climate change in 2019. 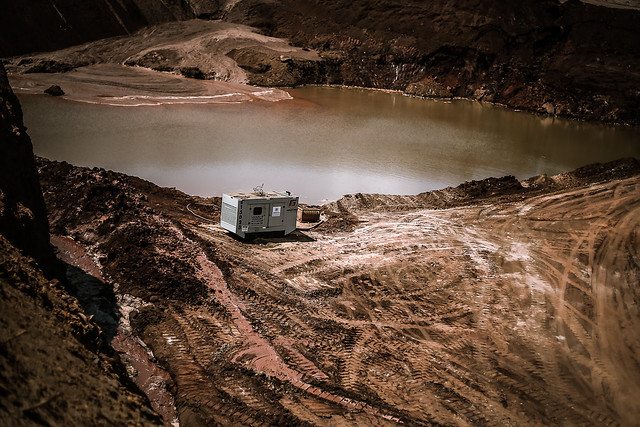 In 2019, there were more wildfires recorded in the Amazon rain forest, in northern Brazil, than in the previous seven years, after big farm owners related to agribusiness organized a “fire day” in August. The series of human-induced fires in Pará state produced a thick fog that reached cities 3,000 km (2,000 miles) away, like São Paulo, in the southeast.

Supported by Bolsonaro, the ranchers who orchestrated the fires claimed that they wanted to draw the government’s attention to them, who “wanted to work,” according to the local paper *Folha do Progresso*.

Brazil’s National Institute for Space Research (Inpe), a world-renowned research center, revealed concerning data about deforestation. Bolsonaro’s response to the experts’ warnings was not only to claim that the Inpe was lying, but he actually fired the president of the institute, Ricardo Galvão, a science defender listed as one of Nature’s 10 in 2019.

According to Inpe data, more than 90,000 wildfires were recorded in 2019, a nearly 30-percent surge over the previous year.

While the fires swept through large areas of the country’s forests, so did Bolsonaro’s aggressive rhetoric against Brazilian and foreign NGOs who conduct work in the Amazon.

In this context, foreign governments halted donations to the Amazon Fund, a project that funded crucial research to monitor and fight illegal deforestation in the world’s largest tropical rain forest. The decision came after Environment minister Salles announced that Brazil would use the money to pay damages to landowners in areas of conservation. The governments that donated to the fund did not accept the proposal and put an end to the program that has received more than R$3.1 billion in the past ten years. 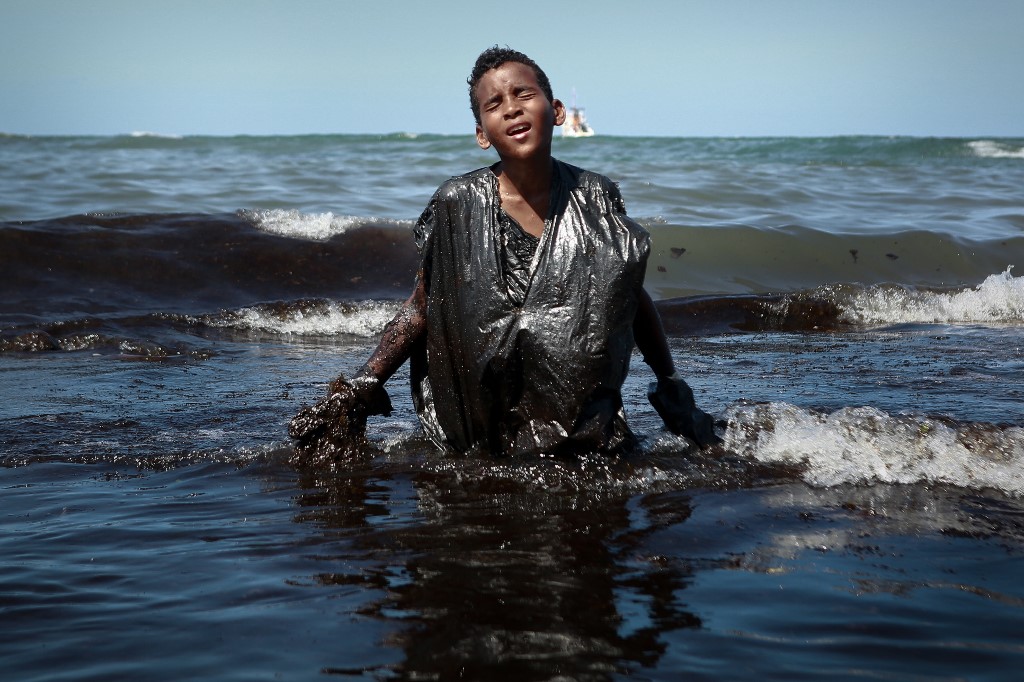 Most areas affected by the spill are impoverished communities, where local residents had to take action by themselves to remove the oil from Brazil’s northeastern coastline | Leo Malafaia/AFP

The Bolsonaro administration’s inaction had a major impact in October and November after an oil spill spread across the Brazilian coastline.

Salles tried to justify the government’s lack of assistance by blaming previous administrations. The country’s Federal Prosecution Service asked courts to order the Bolsonaro government to hold an extraordinary meeting to define actions for protection, recovery, and compensation for the social and environmental damages caused by the spill, and impose a R$1 million (US$250,000) fine for each day they delayed this meeting.

Finally, it was the volunteers in local communities who really did -- or tried to do -- the work of cleaning the beaches affected by the spill. However, as the oil is extremely toxic, after having contact with it, many people started to show signs of skin rashes, eye irritation, nausea, and vomiting. The volunteers received support only from local city governments.

COP-25, in December 2019, could have been an opportunity for the government to make a commitment with environmental protection in cooperation with other countries, but no deal was reached. Salles, who went to the meeting with empty hands and no concrete proposals, at least came back with a trophy: “Fossil of the Day,” an award granted to the countries who have the worst contributions to climate change.

The year closes with Bolsonaro signing a decree that, according to experts, will reward the so-called *grileiros*, illegal land grabbers who encroach into and devastate large parts of the Amazon rain forest. The government also started a persecution against brigade teams in Alter do Chão, in Pará state, accusing them of setting forests on fire, but presenting absolutely no proof of their allegations.