“Life is just full of surprises,” replied the 70-year-old artisan Antônio Lopes to a question about how he ended up on the streets of the city of Niterói, in the Greater Rio de Janeiro area. Sitting on a piece of cardboard, with white beard and head of white hair, he was waiting for a religious group to come and hand out meals for homeless people in the center of the city.

The artisan has been to all parts of Brazil selling the pieces he made with leather, wood, and wire, but he could not work anymore after he got robbed on Dec. 25. “When I was coming back from São Paulo, I got to Barra Mansa [Rio state] and got robbed. They took my supplies, my tools, my work, even some documents, personal stuff, a photo album, my phone, and here I am.” Antônio says he doesn’t have a family and is saving money to buy supplies to start working again.

The streets become home for people who are temporarily out of shelter, like Antonio, and many others who have been homeless for more time in their lives than not. That’s the case of 45-year-old Jussara da Silva, a Pernambuco-born who has been homeless since she was eight years old. She has lived in orphanages and shelters, and worked as a street vendor, a kitchen assistant, and a caretaker, but says that most of her life has been living and sleeping on the sidewalks of the city.

“I came to Rio de Janeiro with my family when I was eight, but when we got here, I got lost. My family moved to [nearby city Duque de] Caxias, with my nine siblings, and I couldn’t catch up with them. So I just kept on living, and this is how I’ve been living since, that’s where I had five children,” says Jussara, who now picks recyclable materials off the streets of Niterói for a living. 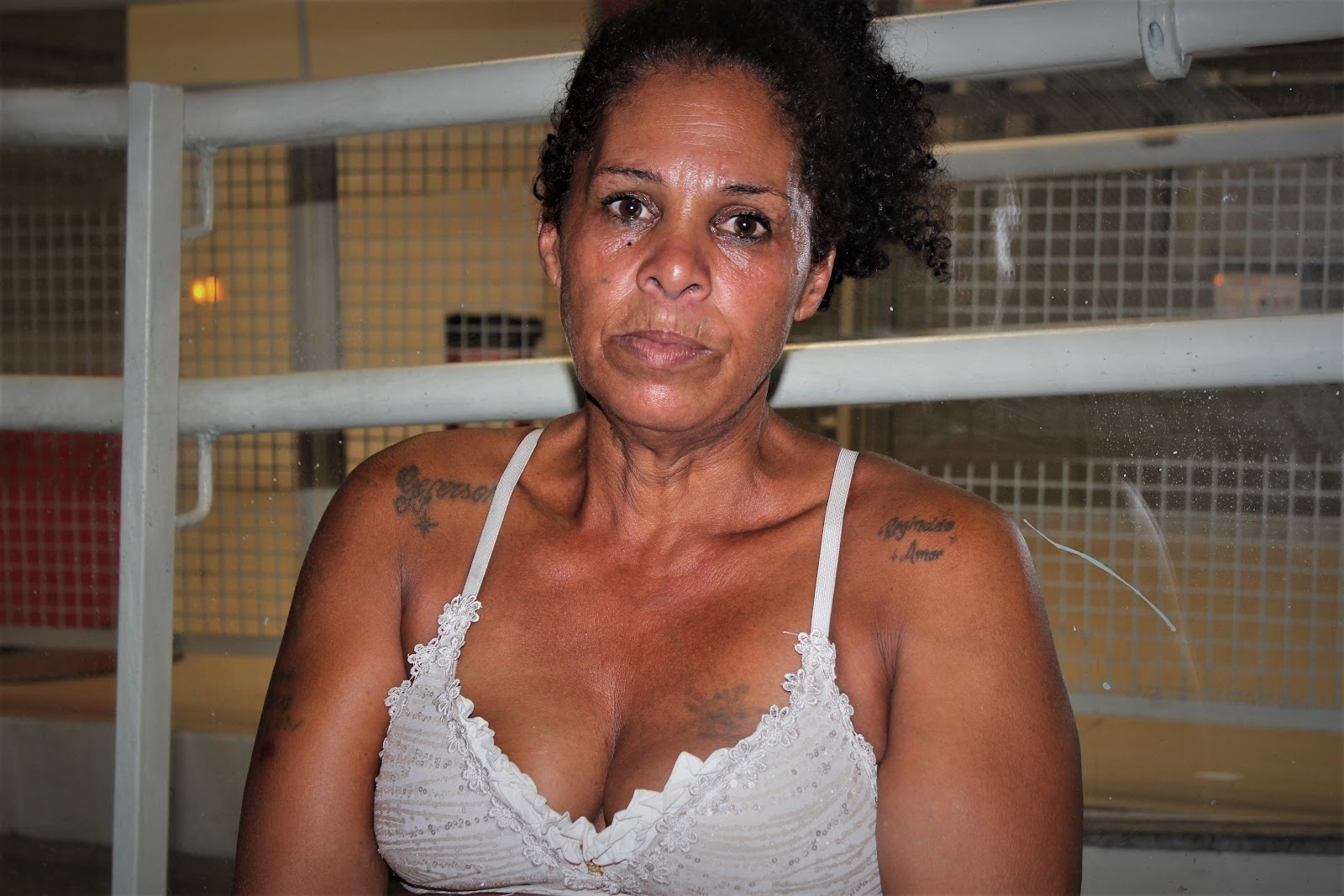 Stories like the ones of Antônio and Jussara help paint the picture of the invisibilized people who struggle to survive on the streets of the state of Rio de Janeiro. Data from the Rio de Janeiro State Public Defender’s Office show that, in the capital city, there are around 15,000 homeless people.

Numbers of a crisis

Adding up to the lack of policies to assist the people living in the most vulnerable conditions, the economic crisis that hit the state results in more unemployment, which is a key factor leading to the increasing number of workers who are forced to face extreme conditions.

In the first quarter of 2019, more than 1.3 million people were jobless in Rio de Janeiro state, the highest rate since 2012, when the Brazilian Institute of Geography and Statistics started to conduct this survey.

High unemployment and low income rates also have an impact on Brazil’s Human Development Index. A recent report published by the United Nations and disclosed by BBC Brasil show that, since 2014, the country has been going through a major crisis that led to the stagnation of its HDI performance in 2018.

The HDI ranges from zero to one and, according to the survey, Brazil has been stagnant at 0.761.

The index measures a country’s performance in four areas: life expectancy at birth, expected years of schooling, average years of schooling, and gross national income per capita. With the economic and political crisis of the past five years, Brazil has not been able to improve its indicators.

Rio on a tightrope

Bruno Sobral, an economics professor at the University of Rio de Janeiro State, says that Rio’s social and economic situation makes it discussing Brazil’s federative pact a pressing matter. He explains that this means having the federal government more committed and held liable for the crisis faced by state and city governments.

“When you discuss the federative pact, you are talking about the competent jurisdictions and resources of city, state, and federal governments. There is only one public budget, but it’s shared between each level of government,” he explains, adding that the federal pact is about discussing how taxpayer money will be distributed. “We have to have a very serious debate about this, because people -- because of our democratic process -- vote for mayors to tackle their city’s issues, for governor to address state-level problems, and don’t understand that sometimes the work of mayors can be very limited,” he explains.

Sobral argues that some indicators point to an improvement in Rio’s economy in 2020, but two areas are sensitive and could impact the social situation in the state: a recovery plan for the state and an oil royalty law that is expected to be reviewed by the Supreme Court. If the country’s top court rules in favor of the law, Rio can lose more than R$56 billion (US$14 billion) of tax revenue between 2020 and 2023.

“Many analysts, including myself, believe that Rio’s situation could become unsustainable” depending on the Supreme Court's ruling, Sobral argues. “This is why the top court must be very careful about this,” he adds.