A space built by the working class, brick by brick, in order to make political education possible for peoples’ organizations across the world. This was the proposal with which the Florestan Fernandes National School (ENFF), located in Guararema, in the rural area of São Paulo state, was founded on 15 years ago.

It was inaugurated on January 23, 2005 and baptized in homage to the Brazilian sociologist and politician Florestan Fernandes. Today the school has become an international reference for uniting practice with political theory. Throughout the year, militants, leaders and cadres of peoples’ organizations that fight for social change in different countries, study the classics of national and international political theory in depth.

With courses that last from a week up to three months, and lectures from volunteer professors and intellectuals, the ENFF also offers political education with a focus on diverse issues such as the agrarian question, Marxism, feminism and diversity. 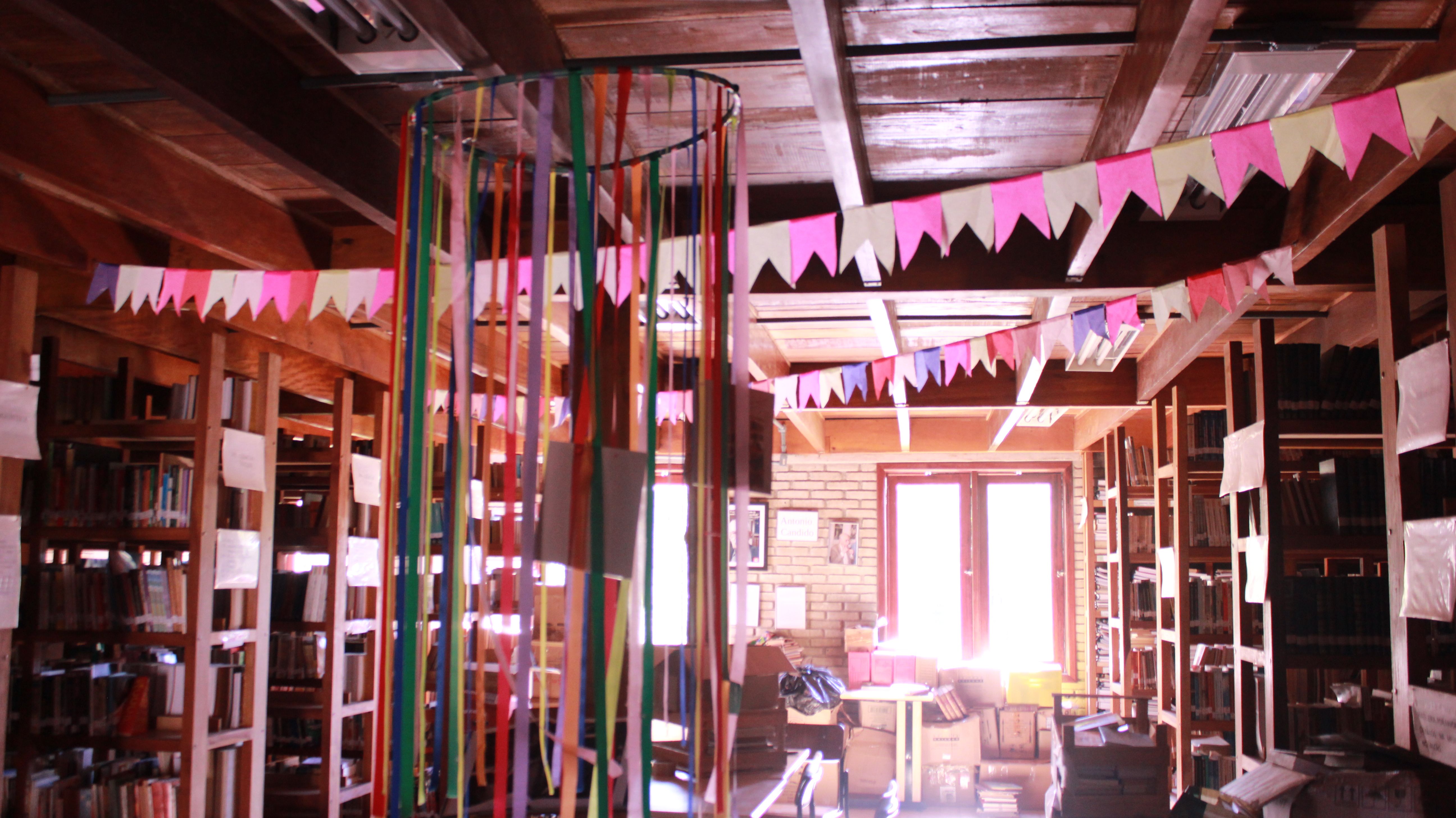 The school was built by the hands of more than one thousand landless workers and is maintained by the Landless Rural Workers’ Movement (MST) with support from other movements. The school also has agreements with formal institutions of higher education to allow militants from the countryside and the city to gain undergraduate and graduate diplomas. Among the universities that work with the ENFF are the Sao Paulo State University, the Federal University of Juiz de Fora, the Federal University of Rio de Janeiro, and the Oswaldo Cruz Foundation.

A different kind of political education

Rosana Fernandes, the political-pedagogical coordinator of the ENFF, explains that the school coordinates various pedagogical dimensions. On one hand, there is the study of classic Marxist thinkers as well as contents organized by educators and intellectuals. On the other, there is the pedagogical principle of work and the division of tasks, wherein all of the students are responsible for the maintenance of the physical spaces. Both actions orient the “elevation of the level of political conscience.” 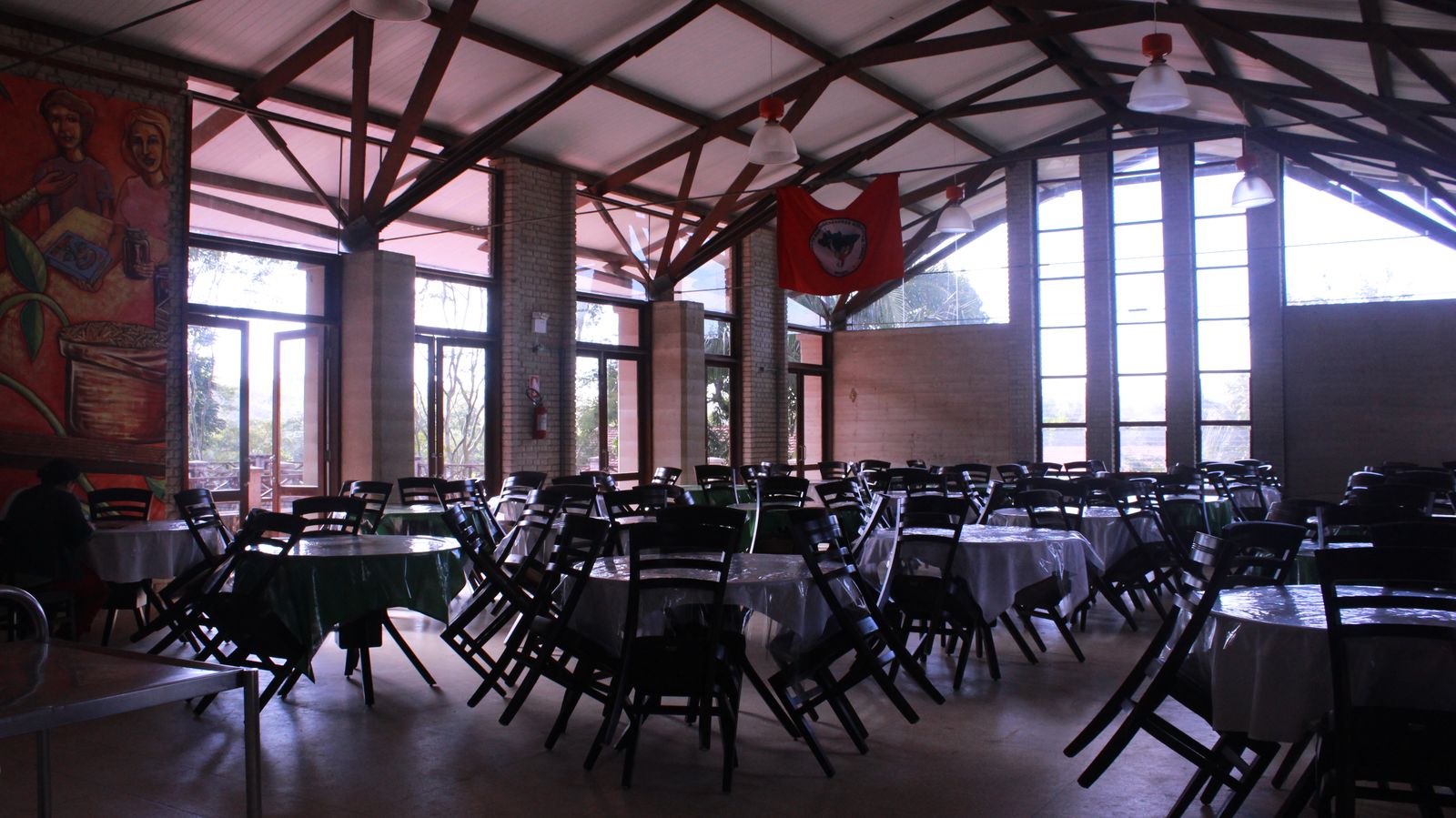 Collective cafeteria of the ENFF; students divide into groups to organize the cleaning of the space | Michele Gonçalves/Brasil de Fato

Rosana highlights that art, culture and mistica, are also important pedagogical dimensions in the methodology defined by the ENFF, that allow profound and subjective reflections in each of the militants. For her, the principal legacy of the school in the commemoration of these 15 years is that the workers in the whole world have made political education a first priority.

“In 2020, the school reaffirms its commitment to continue strengthening peoples’ organizations and continue organizing educational processes that achieve, within the strategic project of the class, the conquests of the working class for emancipation and liberation,” she affirmed.

With professors and students coming from different countries, especially from Latin America the ENFF allows for a cultural and political exchange between peoples’ movements, as well as political education about the global economic and social context, always with the vision of the working class.

“The class struggle has common enemies across the world. The ENFF, which is a point of reference for organizations [across the world], as a space of political education has helped build international unity and has made coordination between peoples’ organizations in the world possible, so that by analyzing reality, finding points in common, they can strengthen the ideas and actions in different corners of the world, to carry out the transformation that we long for,” explained Rosana. She added that the ENFF has courses taught in English, Spanish, and French.

Esti Redondo, from the Basque Country, is one of the hundreds of militants from other countries that participated in a course at the ENFF.

Redondo is a member of the agrarian trade union Ehne Bizkaia, part of the international platform of peasant organizations, Via Campesina, came to Brazil to do her masters in Geography in the program of Territorial Development of Latin America and the Caribbean, fruit of the partnership of the school with the Institute of Public Policy and International Relations of the Sao Paulo State University.

Esti explains with joy that she is researching the area of bio-construction, that would not be possible to do in her country, since the post-graduate programs in Basque Country are private, and as such inaccessible to the working class.

According to the trade unionist, by bringing people from different countries and continents, beyond promoting cultural exchange, the ENFF puts into practice internationalism, solidarity, and generosity.

“The ENFF is a center of political and academic education, but, above all, a center of life education. It is a life experience. When people arrive at the school, the school makes them feel like they are part of it. When we arrive, as international students, you have the sensation that someone will take care of you,” she said.

Esti also praised the non-traditional pedagogy of the ENFF and highlighted the historic advances that this school has made possible. “The social movements participate in the academy as a way to democratize it, and also to democratize knowledge. This process of political education opens a possibility of having dialogues that are much more horizontal between social movements and the academy.”

Whoever walks through the school, will find photos of freedom fighters in every corner. All of the rooms, walls, dormitories, and auditoriums pay homage to figures that inspired and that were and continue to be essential for the political education of peoples’ organizations. Florestan Fernandes, for example who the school is named after.

Rosana Fernandes explains that the sociologist was chosen to be remembered because he was always on the side of the workers and is from the working class.

“He inspires us. He was from a poor family, he studied in precarious conditions, and then became a federal deputy. This is the legacy that Florestan leaves us with and that we remit in our own history of the ENFF. We have a lot of love and respect for Florestan and that is why we want to reaffirm the commitment to continue carrying-out, for at least the next 15 years, processes of political education, even more intensively, that the international working class needs,” Fernandes, the political-pedagogical coordinator, highlighted.

Frida Khalo, Patativa do Assaré, Antônio Cândido, Marielle Franco, Patrícia Galvão – known as Pagu –, Vito Gianotti, Rosa Luxemburgo and Paulo Freire are some of the militants, authors and intellectuals that are named in the collective installations of the school. In 2017, the football pitch Dr. Sócrates Brasileiro was also inaugurated in homage to the player and supporter of the MST. 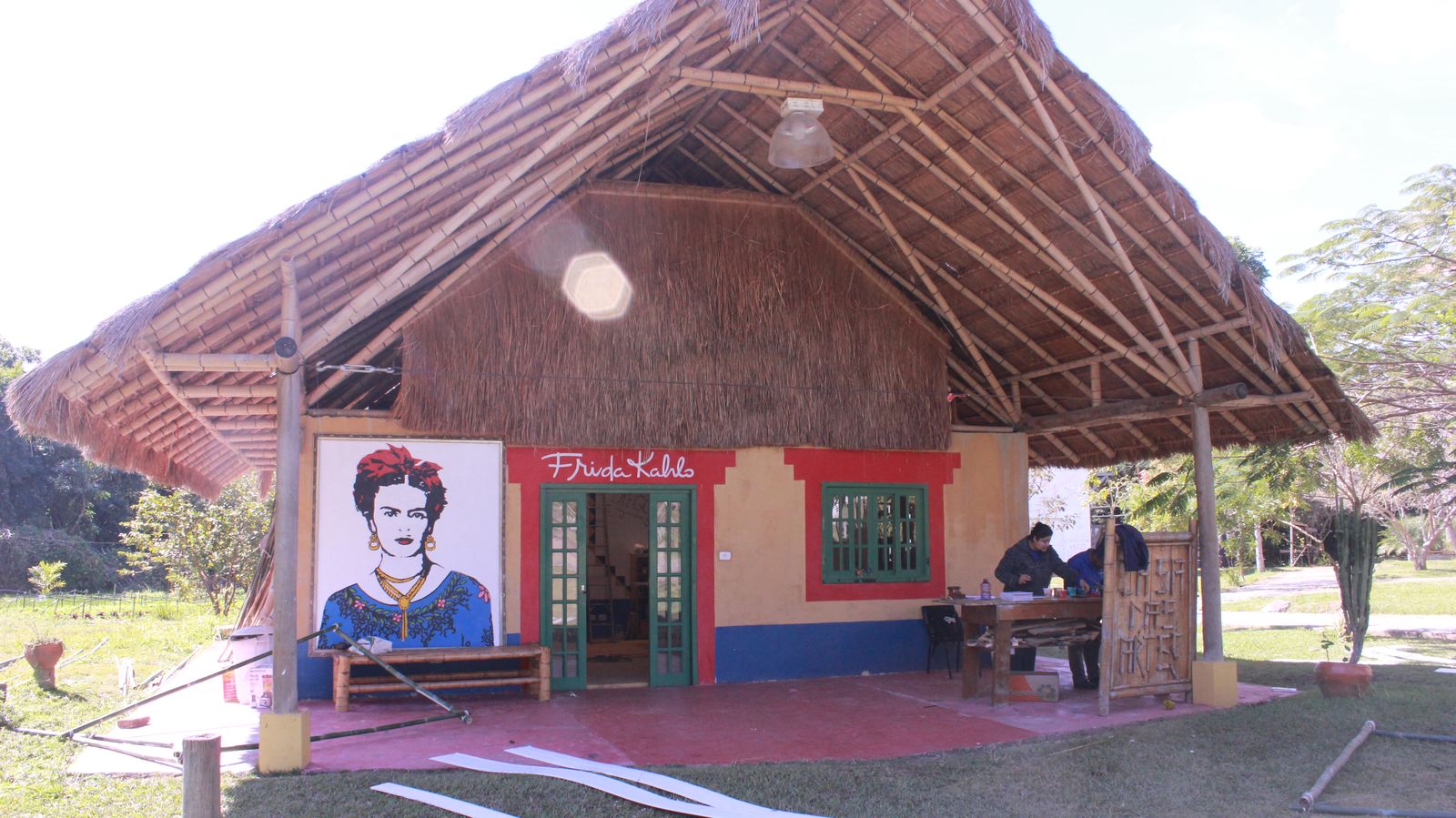 The ENFF, internally, is organized through the Apolônio de Carvalho Brigade, in homage to the Brazilian internationalist, and brings together 50 militants that work and live in the school and rotate after two years.

The building of the school, fifteen years ago, occurred thanks to a fundraising campaign which received support from Chico Buarque, José Saramago and Sebastião Salgado, in addition to the essential work of the militants of the MST.

And in this way, the Florestan continued to maintain itself: with the support of those that believe in the necessity of political education for internationalist struggle. In 2009, the Association of the Friends of the Florestan Fernandes National School was created to collect donations and organize all types of help to the school. To be part of the association, click here.