Illicit mining activity has daily impacts on indigenous peoples in Brazil. Invasions ushered by wildcat mining meddle and disrupt the dynamics and lives of communities in the north of the country.

Women bear the brunt of wildcat mining, carrying a triple burden: besides suffering the effects of toxic mercury and caring for the sick in the communities, they are the victims of sexist and misogynistic forms of violence.

An indigenous woman who preferred to remain anonymous – and who lives in a region so violent that the editors chose to occlude even her general placement to avoid further exposure – affirmed that the areas occupied by wildcat miners turn into zones of extreme danger. “They carry guns around, they drink a lot, and see us [the women] as easy targets. Once, they took a girl and she never came back”, she recounts.

Accounts of threatens, kidnaps, and rapes are common, according to the young woman. A mother of two children, she refrains from going to certain areas for fear that something could happen to her kids or herself.

Drunkenness, drug dealing, and drug consumption have entered the communities and hit the youth harder. These practices have been related to increasing violations.

The director-general of the Alliance of Indigenous Women in the Brazilian Amazon (União das Mulheres Inígenas da Amazônia Brasileira¸UMIAB), Telma Taurepang, maintains that wildcat mining has been crushing the mental health of indigenous women.

“Women are more affected by unlicensed mining, they become depressive with the violence of the invaders. It makes them constantly fearful and traumatized”, she explains.

Their sadness results from the violence that plagues the territories – sexual crimes, threatens, and the loss of relatives, for instance. The routine within the boundaries of indigenous lands has been profoundly marked by criminal activities, as these events end up dictating the norms of daily life.

“Miners are men, right? They go after wealth, and this raises a lot of conflicts. They don’t respect women. Women in the wildcat mines are engaged in prostitution, they are there to provide the service that miners want of them. There is no respect because they see women as their objects, who are there to serve them”, Taurepang denounces.

Mercury poisoning and the diseases that afflict native populations are real and expanding problems in Brazil’s northernmost region. “Indigenous women handle the food of the community. Thus, their contact with contaminated water harms everyone’s health”, the activist specifies. 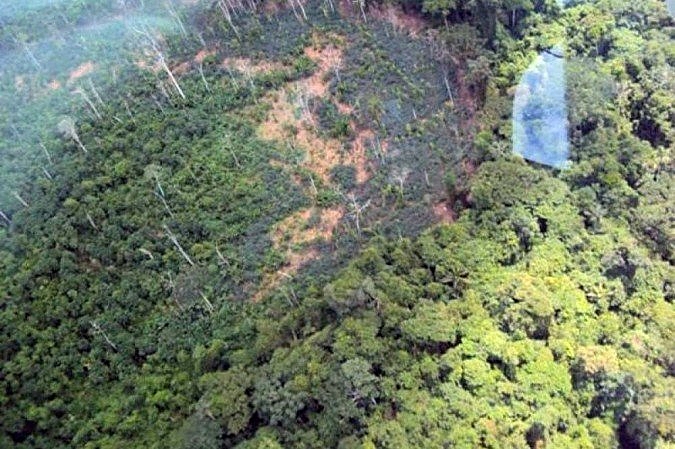 For pregnant women, having contact with the substance may result in fetal malformation and delays in development, among other complications. The consequences of mercury poisoning for both children and adults might lead to death.

Marizete de Souza, vice coordinator of the chapter of the Indigenous Council in Roraima (Conselho Indígena de Roraima, CIR) in the mountainous region also highlights that mercury contamination in the river, fish, soil, and air has effects on food security and is also a cause of malnutrition in the communities.

“My mother passed away because of the miners’ invasion. They bring many diseases like malaria. Mining is not a way of living, it is a way to die”, alleges the CIR member.

Lately, unlawful mining is also responsible for spreading COVID-19, which has infected almost 53 thousand natives and led to the death of 1048 people from 163 indigenous nations in Brazil, according to a survey by the National Committee on Indigenous Lives and Memories (Comitê Nacional de Vida e Memória Indígena).

“Laws are made up there, but the draft bills and the proposals for constitutional amendments have direct effects on indigenous peoples. We have to think carefully about who we elect to rule our cities, states, to be in the Congress, Senate, and presidency”, defends Telma Taurepang.

The leader of UMIAB points to the importance of alliances against wildcat mining: “We [women] have united more and more against mining, which is illegal. Our struggle is so that mining no longer happens here. The president [Jair Bolsonaro] and his [congressional aligned] bench are pro-mining”, she says.

As Telma recalls, at the beginning of 2021, the Legislative Assembly of the state of Roraima approved and sanctioned a draft bill that allowed mining all types of ores in the state. The proposal was written by the state governor, Antônio Denarium, and was soon suspended by the minister of the Supreme Court (Supremo Tribunal Federal, STF), Alexandre de Moraes. 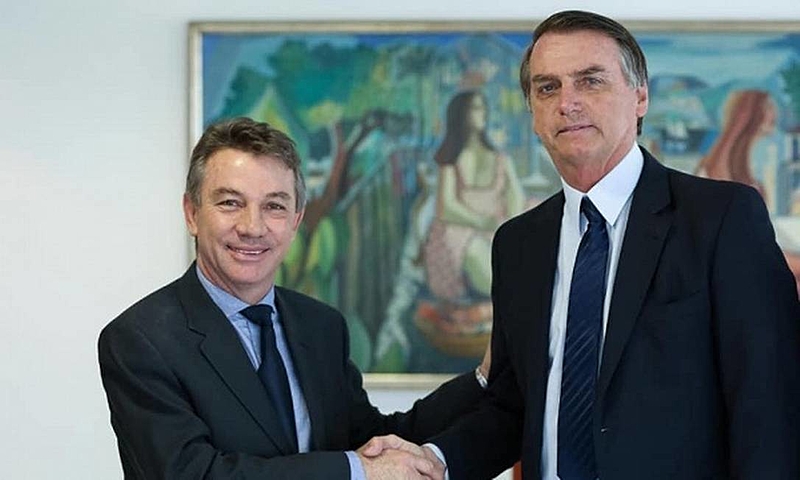 The governor of Roraima, Antonio Denarium, and his ally Jair Bolsonaro (both without political parties) / Promotion

The legislative authorization extended to mining without preliminary studies and allowed the use of heavy machinery in land exploitation activities, such as vessels and excavators. Mercury was also admitted.

“I have never seen sustainable mining, mining that does not damage the natural environment”, asserts the activist. In her view, Brazilian native peoples must be heard: “We have thinking heads and a lot of perspectives and ideas for the next generations. Invite us to elaborate these social policies for indigenous peoples”.