The Attitude Baptist Church in Brasília, attended by First Lady Michelle Bolsonaro, has a cell group (Célula Bilíngue Shalom) that holds clandestine services at the Planalto Palace (the official seat of the Presidency of the Republic).

The meetings at the Federal Executive's premises have taken place at least since January 2020 and were not interrupted with the onset of the pandemic in March of last year. Therefore, they violate the rules imposed by the Federal District Government on religious events during the pandemic.

In addition, in its accounts on social media, the same church identifies the rooms of the Alvorada Palace, the official residence of Brazil's president, as if it was the group headquarter.

Brasil de Fato obtained dozens of photos that indicate the holding of at least 11 worship services at the headquarters of the federal government. In some of the meetings, there were more than 30 people, including the first lady, as shown in the image below (December last year). Michelle Bolsonaro is standing between center and right, wearing a purple T-shirt. None of the attendees wear masks. 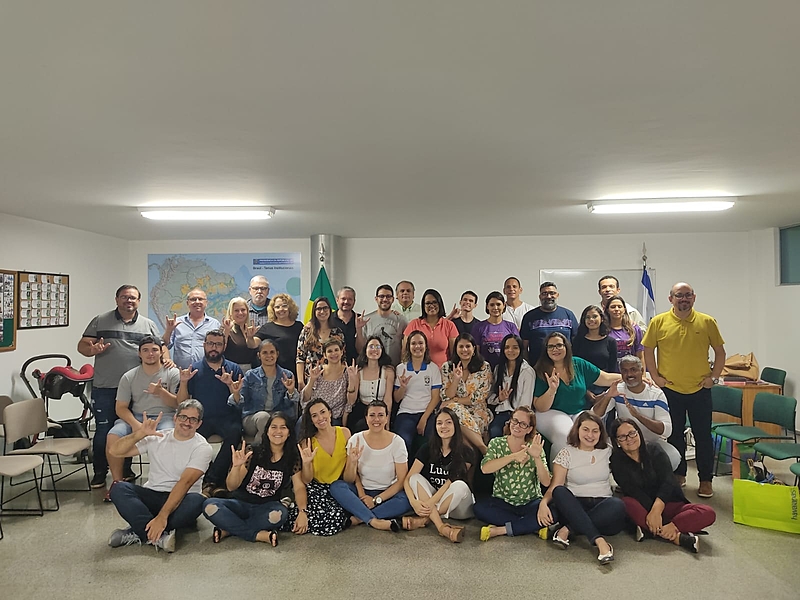 Inside the Planalto Palace turned into a place of worship by Michelle Bolsonaro. December 2020. Photo: Facebook

In the 'Célula Bilíngue Shalom', the services are preached by voice and using the Brazilian Sign Language (Libras), one of the main hallmarks of Michelle Bolsonaro, who is a constant presence at these events.

Francisco Castelo Branco, a public servant working in the General Secretariat of the Presidency, is also the pastor who heads the group's religious works. He is married to President Jair Bolsonaro's Libras translator, Elizângela Castelo Branco (who usually attends services at the Planalto Palace), and worked in the Personal Cabinet of the Executive Chief (read more at the end of this article).

Read more: The burning of a statue brought to light the permanence of Brazil’s history of colonization

Brasil de Fato collected a series of testimonies from public servants and images that prove the use of the Planalto Palace as the seat of the church linked to Michelle. However, neither the Presidency of the Republic (contacted via the Social Communication Secretariat) nor the Attitude Baptist Church answered our insistent contacts since the beginning of this week. Two pastors from Celula Bilíngue Shalom did not respond to our messages and phone calls. The church's electronic communication channel did not respond too.

The photo below shows Brasil de Fato's attempt to talk with Pastor Francisco. The first message was sent on August 16 and remains unanswered. If there is a presidential or church reply, it will be included in this article. 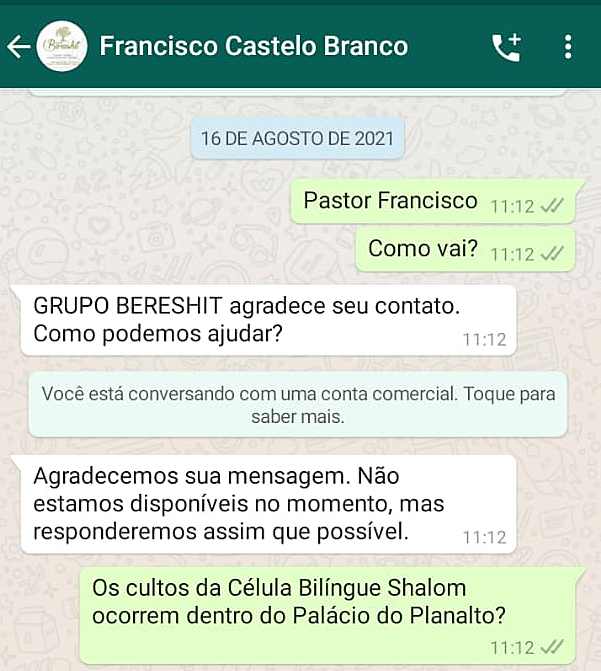 After the message was sent, the app indicated that the message was read by the pastor (two graphic stretchers in the shape of a "v" in blue), but he did not reply. / Paulo Motoryn

Actually, there is very little evidence on websites and public spaces about clandestine worship services being held at the Planalto Palace. In its online posts, the Attitude Baptist Church prominently informs the address where they held services, meetings, and events, except when it comes to the 'Célula Bilíngue Shalom'. 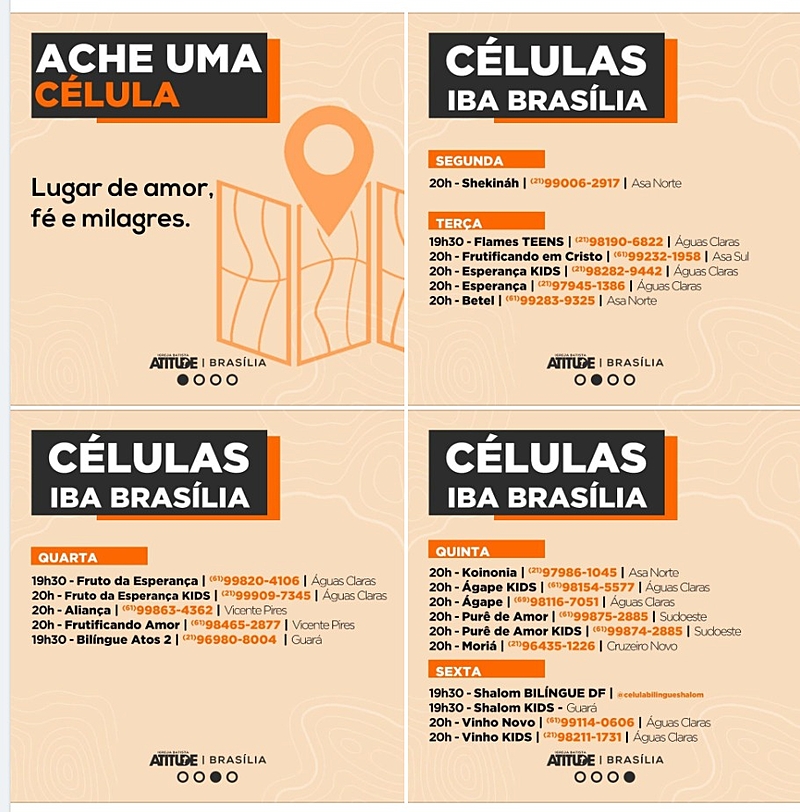 All church "cells" inform their addresses and phone numbers, except 'Célula Bilíngue Shalom'. This exception pattern for the 'Planalto Palace headquarter' occurs in all public communication of the religious association / Attitude Baptist Church

Nevertheless, it is a fact that the Planalto Palace was used as a church headquarter and place of worship before and during the pandemic.

In addition to the public employees who confirmed the information to Brasil de Fato, the images analyzed by the report show a map with the federal property registration attached to its top, on the right (see the top of this page).

It is also possible to see images of the traditional internal silver columns of the Planalto building. Below is a publicity photo of the building, with the columns; following, two pictures of the services once again showing the columns. 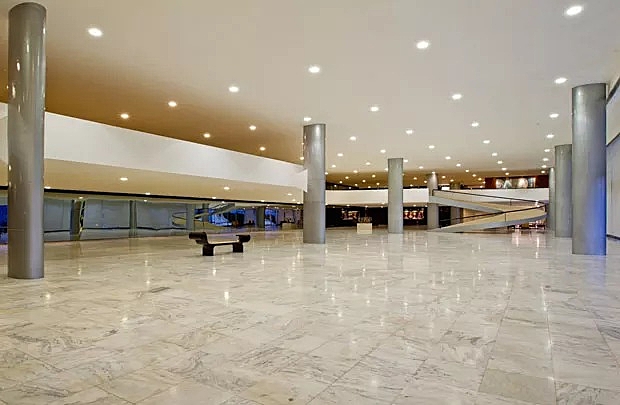 The Planalto's silver columns are visible in almost every room of the building. / Planalto Palace

In this image, there are the external columns of the Planalto Palace, in a curvilinear format, Oscar Niemeyer's architecture hallmark / Instagram

According to the norms of the Federal District Government, small chapels and religious units could open for online prayer and celebration of services and masses. They were prevented from organizing face-to-face meetings, as was done within the Presidency's premises.

The law also determined that people could only enter religious compounds if they were wearing a mask and under the guarantee of a minimum distance of 1.5 m between people, including visual demarcation of the place. Both norms were also breached.

Similarly, the Attitude Baptist Church's official accounts on social media have published photos of meetings held at the Alvorada Palace, the official residence of Brazil's president, as if it was the 'Célula Bilíngue Shalom' headquarter.

The image below, which constitutes the official collection of the Presidency of the Republic, shows the Alvorada movie theater with its wood walls, curtains, and its armchairs in shades of red. 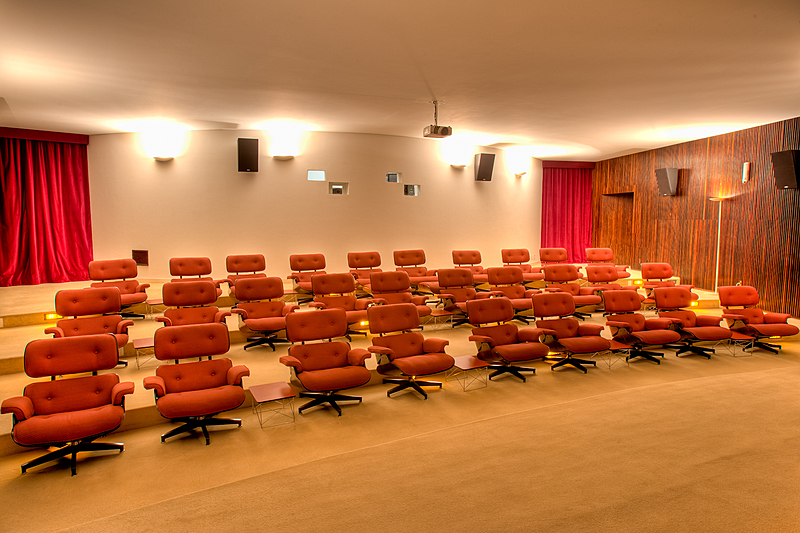 The movie theater room at the Alvorada Palace, the official residence of the President of the Republic, with armchairs and support tables / Presidency of the Republic

The images that follow were published by the Attitude Baptist Church. They are identified as being the 'Célula Shalom Bilíngue DF'. It is the same movie theater, with its red armchairs and curtains and wood-paneled walls.

The movie theater room at the Alvorada Palace, with Michelle Bolsonaro in the center: the religious group identifies the place as 'Célula Shalom Bilíngue'/ Attitude Baptist Church

In an image identified as being of the 'Célula Shalom Bilíngue', members of the religious group use the table support in the Alvorada movie theater room as a support for their shoes. / Attitude Baptist Church

Last June, Brasil de Fato showed that Pastor Francisco Castelo Branco - appointed by Bolsonaro to work in his personal office in September 2020 - has been working as a travel agent during office hours in addition to leading the 'Célula' services.

According to the Transparency Portal, Castelo Branco has been receiving BRL$10,217 monthly since February this year, when he was transferred to the General Secretariat of the Presidency. Before, in Bolsonaro's personal office, he received five times the salary of BRL$5,685. Altogether, he has earned more than BRL$75,000 from the federal government.

During office hours, however, Francisco Castelo Branco continues to work as a travel agent at the Bereshit Viagens agency, a company registered in 2017 in the name of his relative Juceli Lima de Castelo Branco.

See above more photos of the Alvorada Palace services of the Attitude Baptist Church in Brasília: 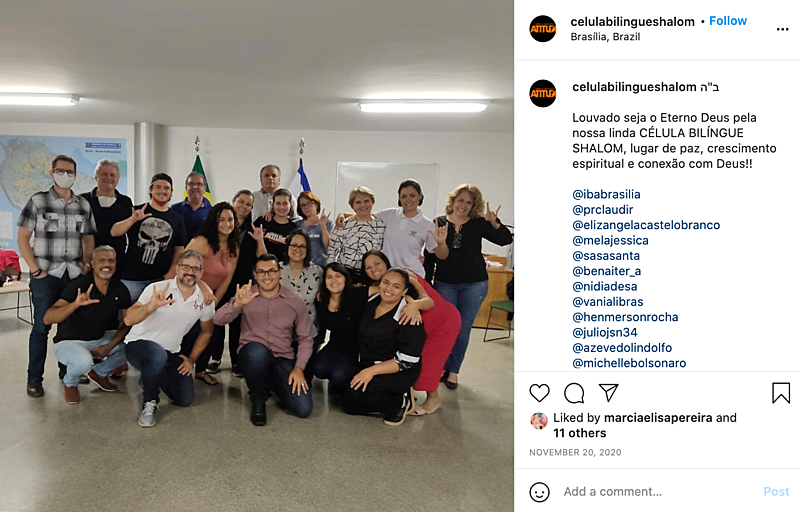 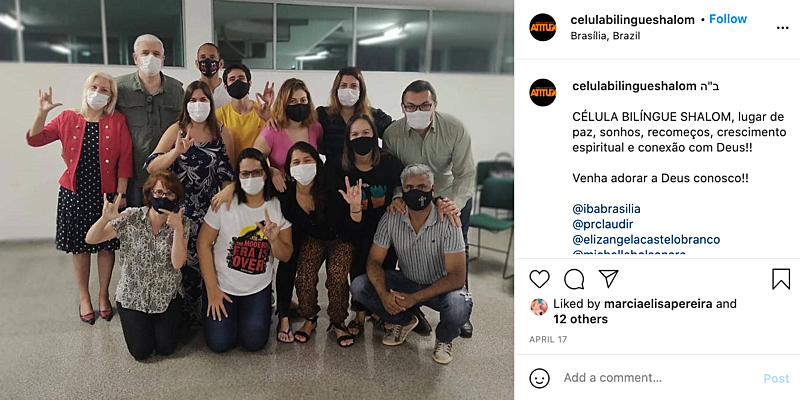