Brazilian scientists have developed an innovative technology for early detection of the new coronavirus: a portable device (connected to the cell phone using a USB reader) that would be similar in effectiveness to the PCR test, which is carried out by collecting oral mucosa.

This biosensor, the result of research started seven years ago, is still not available on the market or in the National Health Service (SUS, in Portuguese) due to political decisions by the Jair Bolsonaro government (non-party).

The studies were developed in parallel at the Renato Archer Information Technology Center (also known as CTI Renato Archer), linked to the Ministry of Science, Technology, and Innovation (MCTI), and at the National Center for Advanced Electronics Technology (Ceitec), a state-owned chip and semiconductor manufacturer created by the Lula (Workers' Party) government, in 2008.

In June 2020, the Ministry of Economy began the Ceitec settlement process, preventing the progress of that project.

“Ceitec already had its own technology, a little different from the one I developed,” says Talita Mazon, Ph.D. in Chemistry and senior technologist at CTI Renato Archer, based in the city of Campinas, São Paulo state.

“I even ran some tests to quickly validate their biosensor for covid. It was a technology that could already be on the market because they already could produce on a large scale”, she adds.

The Ceitec electrochemical sensor production line cost, in updated values, around R$ 18 million (about $3.4 million) to the public coffers. The company's headquarters are in Porto Alegre, in the Rio Grande do Sul state.

Because of the dismantling of the state-owned company, improvements in the research and the validation of the tests were only possible thanks to the private company Visto.bio, a startup partner of CTI since 2020.

While each PCR test costs an average of R$340 and must be done 3 to 10 days after the onset of symptoms, the device advertised on the Visto.bio website detects the coronavirus from the moment zero of infection, only with saliva, according to information provided by the company.

The kit consists of a USB reader that connects to a cell phone to read data; the refill is a disposable biosensor with immobilized virus antibody / Photo: Visto.bio

“We bought all the equipment and devices needed for [the research] development. Because [CTI] is a state-owned company, we donated all the material”, explains Renan Serrano, CEO of Visto.bio. "So, we shared the patent with the CTI, 50-50."

In the first semester, the company also funded the validation of the biosensor for the detection of covid-19: 70 people were successfully tested at the Hospital das Clínicas of the São Paulo State University (Unesp) in the city of Botucatu.

Besides the low price, the difference is that the result is obtained in just 15 seconds, while the PCR takes up to 7 working days.

The device is in the final stages of validation by the National Health Surveillance Agency (Anvisa), which asks for clinical analysis with a thousand people.

The only public company capable of producing sensors on an industrial scale, Ceitec could speed up the validation and authorization processes if it were not in full dismantling.

May figures from the “Our World in Data” platform, linked to the University of Oxford, showed that Brazil was only the 78th country in the world in covid tests carried out. While Chile and Australia performed more than 700 tests per thousand inhabitants in Brazil there were only 149.

Testing and screening are considered essential by the World Health Organization (WHO) to control the pandemic.

Without adopting these policies, Brazil will probably reach, still in September, the mark of 600 thousand deaths due to the new coronavirus.

Research to develop biosensors began at the CTI about seven years ago, when the Zika virus emerged.

The technology that is about to be made available on the market by Visto.bio could be adapted to detect any infectious disease by simply replacing the biological material added to the sensor.

Two months after the first case of covid-19 in Brazil, Ceitec already claimed to have the capacity to manufacture electrochemical sensors on an industrial scale. This is what Marcos Tadeu de Lorenzi, technical and business director of the state-owned company, wrote in a letter to Professor Jorge Luiz Pesquero, Ph.d. in Molecular Biology, on April 30, 2020.

Pesquero coordinated a research group on the subject at the Federal University of Minas Gerais (UFMG).

“The production of electrochemical sensors for rapid diagnostic tests (...) [is] a robust technology, with a low production cost, and which generates quick results. Ceitec is already developing an integrated platform for electrochemical tests, which will allow tests to be performed using a simple smartphone”, wrote de Lorenzi.

In a letter obtained exclusively by Brasil de Fato, the technical and business director of the state-owned company added that “Ceitec has the entire testing and packaging line fully operational. (...) For instance, it has a production capacity that can reach more than 1 million units per month”.

Ceitec specialists confirmed to Brazil de Fato that the approximate capacity was 1.5 million units per month. 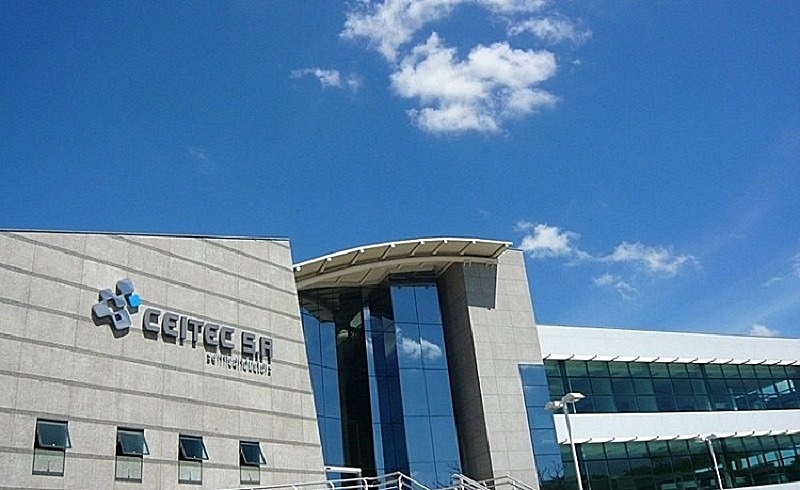 After contacts from several universities and research centers, a partnership was established between Ceitec, CTI Renato Archer, and the Molecular Biology Institute of Paraná (IBMP), a non-profit private law association.

A letter of intent, on July 23 of last year, formalized the three institutions' intention to cooperate for the "validation of sensors for biological applications, with potential for scale production, and with versatility for customized solutions involving different diagnostic scenarios such as, for instance, Zika virus and covid-19.”

The partnership also involved scientists from the Oswaldo Cruz Foundation (Fiocruz) in Paraná, with a specific task.

“What can be produced manually in a laboratory is not always viable as a product. That was one of Fiocruz's important points in the partnership”, explains Zoldan, a specialist in advanced electronic technology at Ceitec.

"They evaluated how commercially attractive the project was, considering the cost of transforming the prototype into a product."

In the same month, the project “Multicentric Collaborative Developments of Point of Care (POC) Tests for Covid-19 Diagnosis”, prepared by the three institutions, wasn't approved in an edict by National Sientific and Technologial Development Council (CNPq) to tackle the pandemic.

“We tried several edicts. Unfortunately, Ceitec had entered into settlement, and it was too difficult to develop with them [Ceitec]”, says Talita Mazon.

On August 25, 2020, while in full liquidation process, Ceitec filed a patent request with the National Institute of Industrial Property (INPI) under the name “Micromodule-type electrochemical sensor device”.

The patent was accepted and officially published on April 6 of this year – with the state-owned company practically dismantled and unable to produce sensors.

The dismantling of Ceitec by the Bolsonaro government was decisive for the partnership not to take off.

“When Ceitec enters the PPI [Investment Partnership Program] in early 2019 and then moves to the National Privatization Program [PND], everything the company had developed was rejected. The Ministry of Economy became the exclusive administrator of Ceitec”, explains Silvio Luis Santos Júnior, president of the Association of Ceitec Collaborators (ACCEITEC).

This first step was celebrated by Salim Mattar, founder of the company Localiza and then secretary of Privatization in the ministry headed by Paulo Guedes.

The Ministry of Economy took on the nomination of Ceitec advisers, blocking the acquisition supplies for projects development such as the biosensor.

“Now, in order to spend one real [Brazilian currency], it is not enough to justify: it is necessary to convince the board member that this is essential for the continuity of the company. In other words, just water, electricity and some strictly necessary supply”, says Santos Júnior.

“We got tied up. They forbid the Ceitec board from buying anything for the project's development”.

Vinícius Zoldan exemplifies this situation by recalling the purchase of a specific supply, which took from June to October to be allowed.

“To launch the development of sensors in partnership with the CTI, we depended on buying the micromodule tape. It was a drama. I remember writing about 30 reports explaining why we needed it. We received a thousand different excuses because they were waiting for the advice of the board”, he says.

“They [counselors] met once a month. Therefore, we requested a meeting, they asked for an extra explanation. The following month, they asked for two or three more details and on and so forth. Imagine, amid the pandemic, three or four months waiting.”

Minutes of Board of Directors meetings show that the denials were repeated without further explanation.

Excerpt from the minutes of the Ceitec board meeting in August 2020. Purchase of supply was refused by the counselors without further details.

As if the delay in acquiring supplies were not enough, the entire development team that worked on Ceitec's biosensors development was fired.

“We even made a few rounds of tests. They [CTI] sent us samples, and we sent back the prototypes. A little before my dismissal, practical tests were already being carried out in a hospital with these sensors”, recalls Vinícius Zoldan, from Ceitec.

Zoldan worked as an expert in advanced electronic technology at Ceitec, and his dismissal was made official on July 26, 2021.

“We sent a final round of tests to the CTI, but there was no official break in the partnership”, says the scientist.

“I remember the last e-mail from her [Talita Mazon], which I didn't even respond to because I already knew the date in which I would be fired – I and all the staff. I didn't even know what to say, but the message was as obvious as possible: if there's no one from the development team, there's no way to keep on.”

In early September, the General Accounting Office ordered the federal government to suspend the settlement of Ceitec. Until the end of October, the Ministry of Economy has to justify the public interest in this decision.

According to a survey by economist Fernanda De Negri (Institute for Applied Economic Research) and obtained by the newspaper O Estado de S. Paulo, the federal government's investments in science and technology in 2020 were the lowest in the last 12 years.

This year, the CNPq budget was the smallest of the century: R$ 1.21 billion, less than half of what was made available last year.

After his dismissal, Zoldan gave up producing science in Brazil. He didn't leave the country because his wife was pregnant, and the couple chose not to move.

“Brazil's government funded my studies, paying for college, master's degree, doctorate, post-doctorate. When I was being too productive and could really give back this investment to my country, I was fired. After what happened with Ceitec, I gave up on the academic area. I threw away 20 years of work”, concludes the scientist, who is now working as an investment advisor.

Brasil de Fato has contacted the MCTI, the Ministry of Economy, the CNPq, and the current administration of Ceitec to comment on this matter.

The Ministry of Health was also contacted to clarify if they knew the stages of development of the biosensor to detect covid-19.

Neither of them responded to requests to comment before this publication’s deadline.