Two candidates for vice governor in the Brazilian state of Paraná have something in common: Fernanda Camargo and Anaterra Viana are both feminist activists who have plans to increase the number of women in politics, and both were chosen by their parties to run for office over the past week.

The Workers’ Party (PT) in the state confirmed ex-congressman and current party chair Dr. Rosinha as its candidate for governor. The nomination of journalist and fellow party member Anaterra Viana as his running mate came as a surprise. She is currently the secretary of the women’s wing of the PT in Paraná, and a co-creator of a project that aims to help female PT members enter politics. 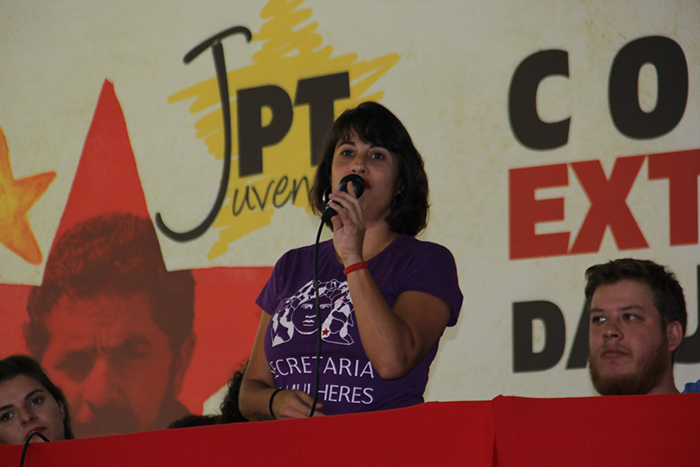 Viana believes that, after the 2016 coup, it became harder for women to go into politics in today’s electoral climate. The goal with the project, she explains, is to have more women running for office in the medium and long term, exceeding the minimum mandatory share, according to which 30 percent of every party’s candidates should be women. Today, only 10 percent of women run for seats in Brazil’s legislative bodies.

A college professor and social worker, Fernanda Camargo was nominated by the Socialism and Freedom Party (PSOL) as the “co-governor” candidate. She launched a campaign with the party’s women’s collective to encourage the debate about women’s protection and says that the struggle does not end after the elections. Even the title “co-governor,” used by her party instead of “vice governor,” is itself a feminist statement, Camargo says, “to show that we will share the administration; our experiences will complement each other.”

About how she learned about feminism, Viana says it came from watching her mother, who raised two daughters on her own. “My mom and the life she had – having to work and raise my sister and me – have made me see how much women struggle.”

A mother and journalist, she says that she decided to become a member of the Workers’ Party after engaging with the feminist movement, as she realized that the decisions about women’s lives were overlooked by lawmakers and governments. “I believe that entering politics [as a woman] is putting feminism on the agenda.”

Camargo, a mother of two, says that not only her routine, but also her job as a social worker has allowed her to meet different women’s stories. “I see how mothers are left on their own to raise their children. Many are victims of domestic violence. So I have been thinking a lot about how the State can protect women.”

Both candidates agree that the low number of women running for office reflects how they have little time to dedicate to politics. “The triple burden women face every day makes it hard for them to engage in activism. Capitalism intentionally keeps women from having the time,” Viana says.

Camargo also argues that reality is very different for male and female candidates. “This is our challenge, to fight against these inequalities and oppressions.”

In Paraná state, only two out of nine candidates running for governor are women.