Geny Viana Porto has killed an anaconda and is grateful to God for the strength she has. Her back pain has never stopped her from working hard as a small farmer. The 64-year-old boasts a lean, vigorous body, despite the twinges that grew stronger since her last visit to the urban area of Parauapebas, in the northern state of Pará, Brazil. Her home is a 20-kilometer – roughly 12.5-mile – bumpy ride from the center of the city on a dirt road lacking traffic signs.

Life took away the men of the family. Geny’s brother Juarez and her father, Joaquim, were hit by a Vale locomotive in 2006 and 2010, respectively, at the same spot. 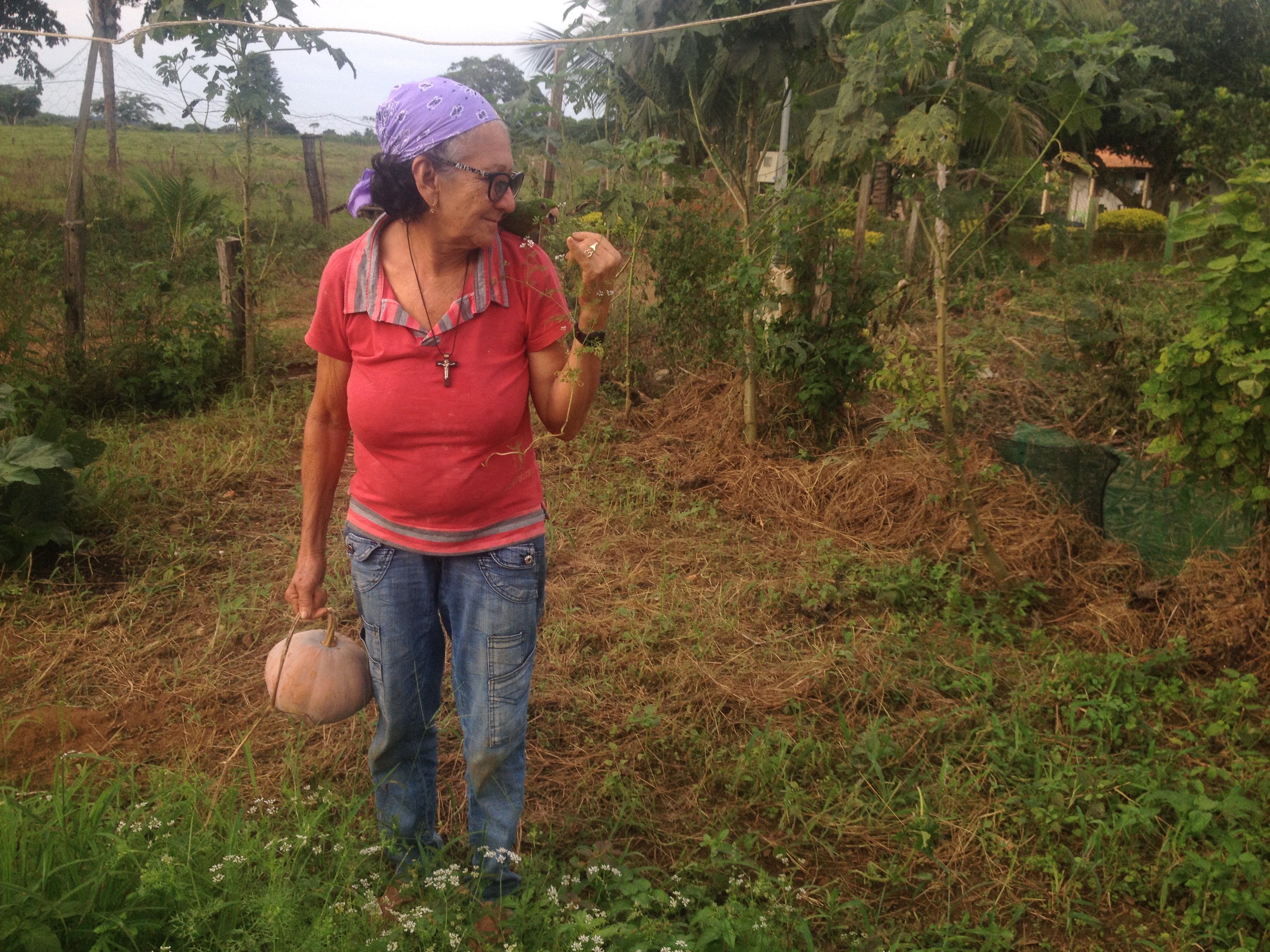 Geny’s father and brother were hit by a Vale train. She tries to rebuild her life living in the Palmares II settlement | Joana Zanotto

The Carajás Railroad (EFC) runs through the entire settlement, a plot of land the MST was able to secure for local families 15 years ago. After her relatives were killed by a train, representatives of the mining giant Vale started to pay more and more visits to Geny, but never to offer solutions. Then one day she decided to put an end to it. “I told them to stop fooling us.”

After the crimes in Mariana and Brumadinho, Vale is moving to shut its operations in the state of Minas Gerais, southeastern Brazil. Meanwhile, it runs a thriving mining business in the state of Pará, where it approved a US$1 billion expansion of its copper operations last year. And land conflicts and social and environmental impacts in the state are increasing as fast as the miner’s ventures.

Geny says that the transnational corporation – which recorded a net income of US$5.5 billion in 2017, a 38-percent increase over the previous year – did not pay damages to the children of her brother, who lost their father, nor did it built a safe crossing where they were killed. “They only paid for the coffin.” Her back twinges don't even feel that bad compared to the the pain of losing loved ones in incidents like that.

The length of Vale’s freight trains can be as long as 3 kilometers (roughly 1.8 miles), and sometimes they stop for hours mid-route. Unaware of when the train will start moving again, as there are no signals or protocols to make that clear, the locals who have to walk to the city risk their lives through the cars, hoping the locomotive won’t start moving all of a sudden.

The trains transport the ores extracted from the Carajás Mountains in Pará to the Vale-owned Ponta da Madeira port in São Luís, Maranhão state, which are then exported, especially to China.

The three women who farm the roughly 95 hectares of land in the Palmares II settlement have a long history of struggle and resistance. The family moved from Minas Gerais in the 1980s looking for better opportunities – the irony is that Vale plans to take that same route to expand its business now.

:: Beyond Mariana and Brumadinho: Vale's long history of violations ::

The train that moves through Palmares II is one symbol of the commodity export model that has been pervasive in Brazil. In addition to the railroad, there are 786 tailings dams sprinkled all over the country, most of which run by Vale. While Pará has the second biggest number of mining dams, only after Minas Gerais, it is quickly growing and can soon outnumber the southeastern state.

The largest tailings dams in the state are located in Carajás, Trombetas, Juruti, Paragominas, and Barcarena. In the latter, a leak in Norwegian miner Hydro Alunorte’s bauxite mining operations in February 2018 contaminated the Murucupi River and the Pará River basin.

Indigenous peoples at the front line

The Parauapebas River meets the Itacaiúnas River and then runs into the Tocantins, Brazil's second largest watercourse. The Parkatejê and smaller Jê indigenous communities live on its right banks, between the Flecheira and Jacundá tributaries, at the Mother Mary Indigenous Land, a green and lush area that offers a breath of fresh air in an otherwise devastated region ravaged by big logging and mining companies.

Since the 1970s, Vale has been embroiled in a dispute with the Timbira peoples who live in a 62,000-hectare area in that part of the Amazon. The company’s EFC railroad and the Tucuruí transmission system operated by Eletronorte cuts through the indigenous territory that was once targeted by integration projects pushed by Brazil’s military regime, between the 1960s and 1980s.

Known for their bravery, the Jê peoples were dubbed the “Hawks” by townsfolk in the 1950s. The Parkatejê struggled to gain economic autonomy after ten years of forced labor harvesting nuts for the military regime. Today, they are fighting to stop the expansion of the railway on the only patch of land around the area where a construction project did not obtain the necessary permits.

The construction works have a considerable impact in the territory and the way of life of the local indigenous communities. The expansion, for them, would mean more noise, more people hit, injured and killed, and more environmental damage. 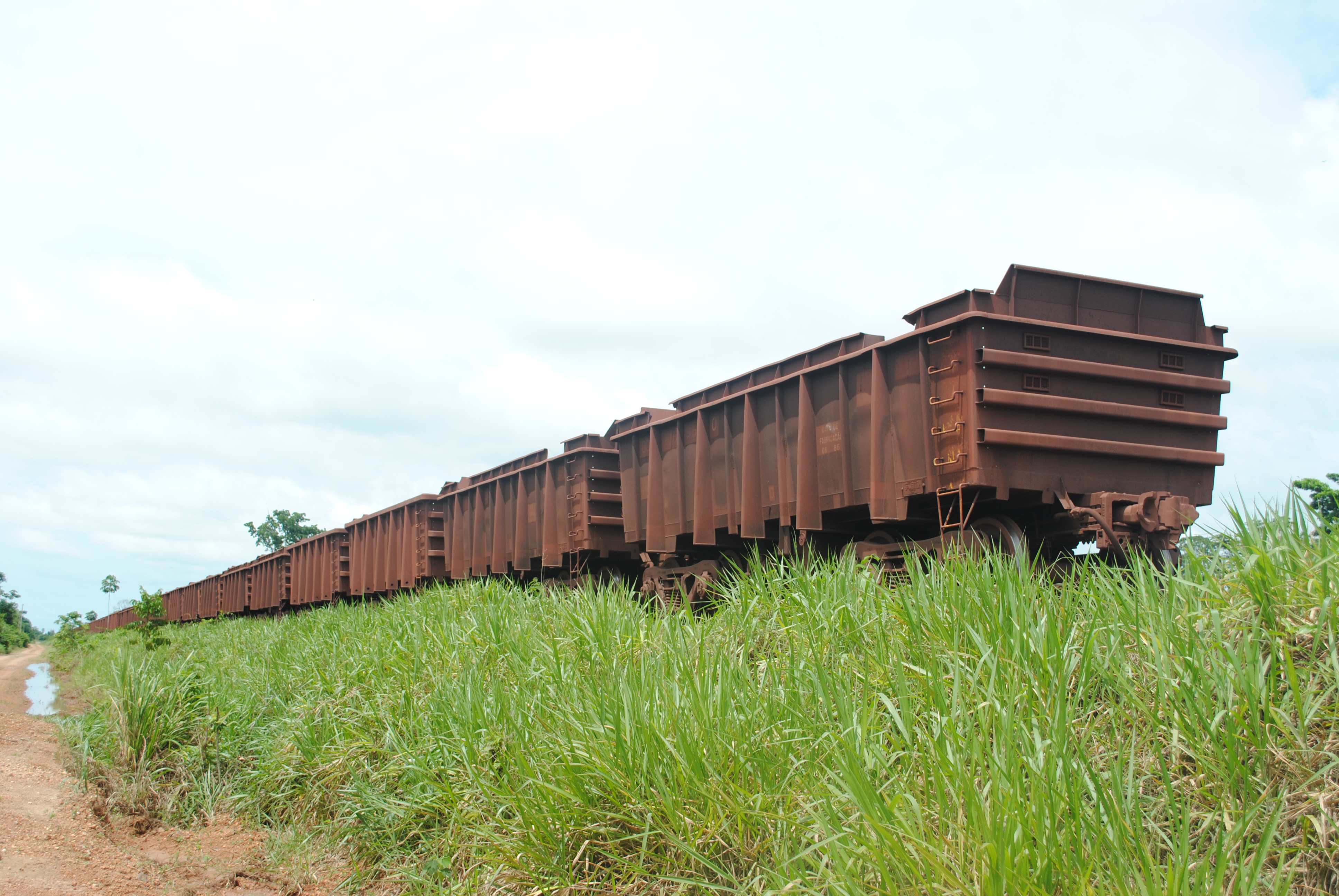 Between the Xingu and Cateté Rivers, the Xikrin people are also surrounded by Vale’s mining projects.

Anthropologist Lux Vidal, an emeritus professor with the University of São Paulo and trailblazer in the research on the Xikrin, told the Brazilian investigative news agency Agência Pública that “millions can’t pay away the death of a river.”

The medical doctor João Paulo Botelho Vieira Filho, in charge of healthcare services catered to the Xikrins, found traces of those ores in the manioc flour the community eats. Persistent pollution in the Cateté River is a problem caused by Vale’s Onça-Puma nickel smelter.

When asked about the conflicts with indigenous peoples in its area of influence, Vale’s press office said “the company has an exclusive multidisciplinary technical team dedicated to keeping a permanent, qualified, respectful, long-term relationship” with the local communities. The statement also points out these indigenous villages are not located within the evacuation zone established for cases of dam safety emergency.

A synergy between agribusiness and mining

In this ravaged part of the Amazon taken over by desert-like extractive areas and latifundia – huge rural properties characterized by large-scale monoculture –, the trains haul a burgeoning mining industry and agribusiness through the southeast of Pará, disregarding everything along their way.

“They created synergies between these industries that favor land concentration,” argues professor Fernando Michelotti, an expert in rural development from a peasant perspective. “What’s bad for an indigenous community – living in a mining area – is good for big farmers, because they can negotiate the lands with the company for high prices.”

In the Jair Bolsonaro administration, which plans to promote the expansion of the agribusiness and loose environmental laws, “it all comes down to the interests of big companies,” where actors collude, sometimes, “inconspicuously.”

Pará tops the list of deforestation in the Legal Amazon. Brazil’s National Institute for Space Research found that 2,433 square kilometers of forest area have been devastated in 2017, increasing to 2,840 square kilometers (more than 1,000 square miles) in 2018.

Ariel Medrado Barros, an environmental engineer and activist with the Movement for People’s Sovereignty in Mining (MAM), says the scenario in southeastern Para is similar to that in the Gaza Strip in terms of conflicts and violent incidents.

Prospects of a nightmare

If the Sossego dam collapsed, the territory where Geny’s family lives would be one of the first areas impacted by the spill. The 517 families living in Palmares II are becoming increasingly big since they were settled by Brazil's Institute for Colonization and Agrarian Reform (INCRA) in 1996. At least 5,000 people are estimated to live in the community, which has a public square and a sports center, three schools, and a healthcare facility.

The small farmer Francisco de Assis, who lives in the settlement, has been witnessing the migration flows to the area since the land regularization process started. He moved there in 1987 from Maranhão, where he worked for a big landowner, with his parents and nine siblings, drawn to the mining industry in Serra Pelada. After gold-mining activities declined, they started to do heavy work for landowners until they finally settled near Parauapebas.

The Carajás Mountains, located in the municipality, have the largest iron ore mine in the world, from where approximately 35 percent of Vale’s yearly production comes. But only 12 percent of the Parauapebas area had access to sanitation system by 2017.

In Palmares II, 158 students at the Maria Salete Ribeiro Moreno Primary School live in the settlement and 83 students live in nearby communities. The principal, Deusamar “Deusa” Sales Matos, says the city government does not have public policies to offer quality education for all. Despite the wealth of the city's mineral resources, Deusa says that many schools in Parauapebas are overcrowded. 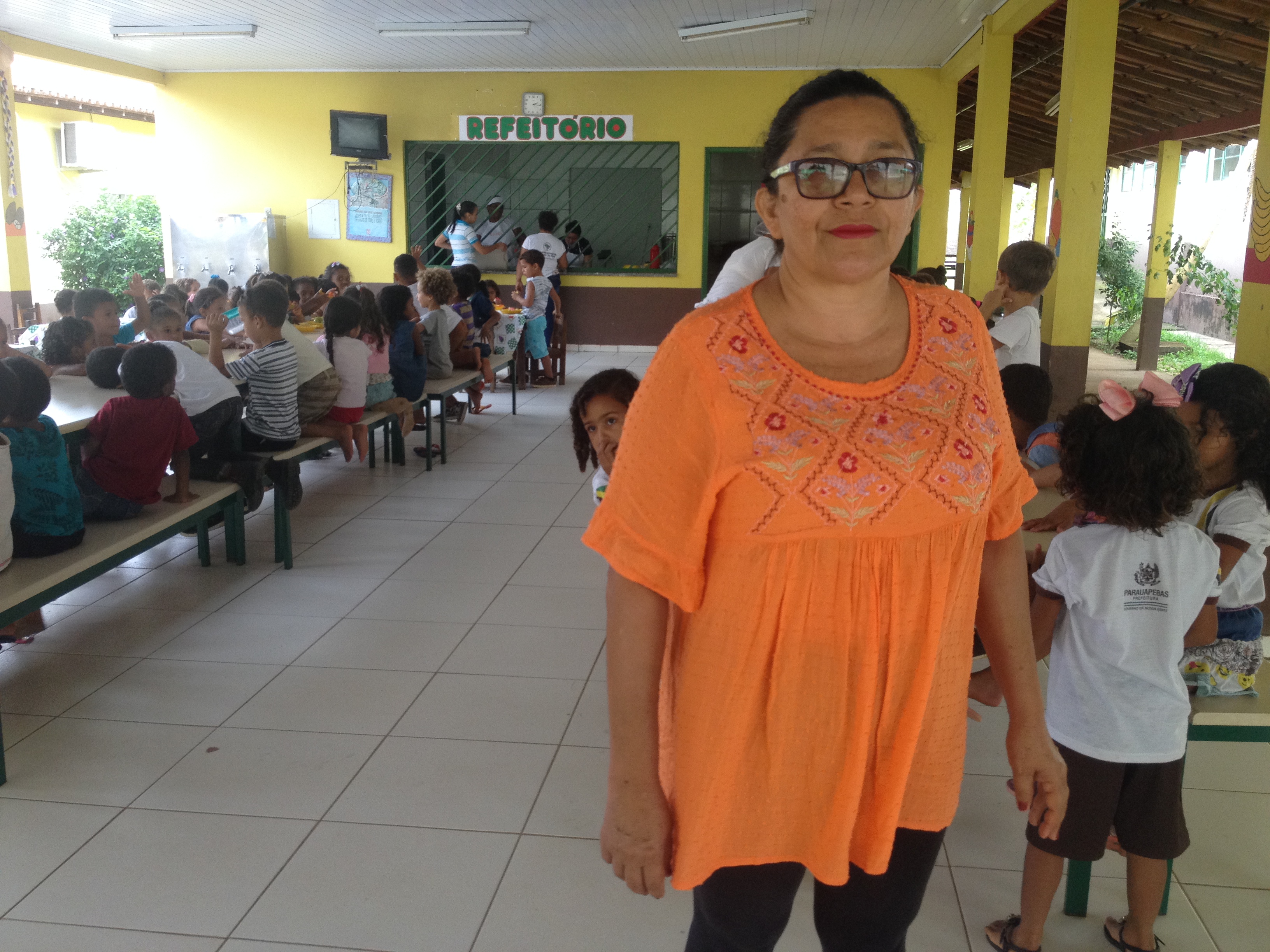 Deusa is proud of the degrees she holds and the history she helps to build every day. Her family also moved from Maranhão drawn to the shining gold of the mining industry. She and her brother used to work in construction, but after joining the Landless Workers’ Movement she went to a school of education in the South of Brazil and has been dedicated to teaching ever since.

She says that Vale puts up a fight over ideology, destroying the possibility of poor youth having quality education. “We are in a community that is organized by the movement [MST], where everything we have is the result of a collective struggle and solidarity. Meanwhile, their education project, through the Vale Foundation, is about numbers. Their values are productivity, consumerism.”

Off the record, Vale workers in Minas Gerais said the company is planning to move to Pará for good, as well as expanding its businesses in Mozambique, Africa. The miner does not confirm it.