The former Brazilian president Luiz Inácio Lula da Silva sent a letter to Brasil de Fato and the Free Lula Channel on Thursday, Mar. 7. The Workers’ Party leader handed the message to Neudicléia de Oliveira, a member of the coordination of the Movement of People Affected by Dams (MAB) who is participating in the Free Lula Vigil since Lula became a political prisoner, in April 2018.

After Oliveira’s one-hour visit to the former president, she said Lula called activists to denounce the violations of the country’s court system. “We have to be a thorn in the Judiciary’s side,” the Workers’ Party leader said, according to his visitor. The ex-president also said “social movements will not let Brazil fall on its knees for the United States.”

Thursday marked 11 months since Lula was imprisoned. According to the MAB coordinator, he still holds his head high and asks activists to keep resisting against the arbitrary attitudes of the Jair Bolsonaro administration. 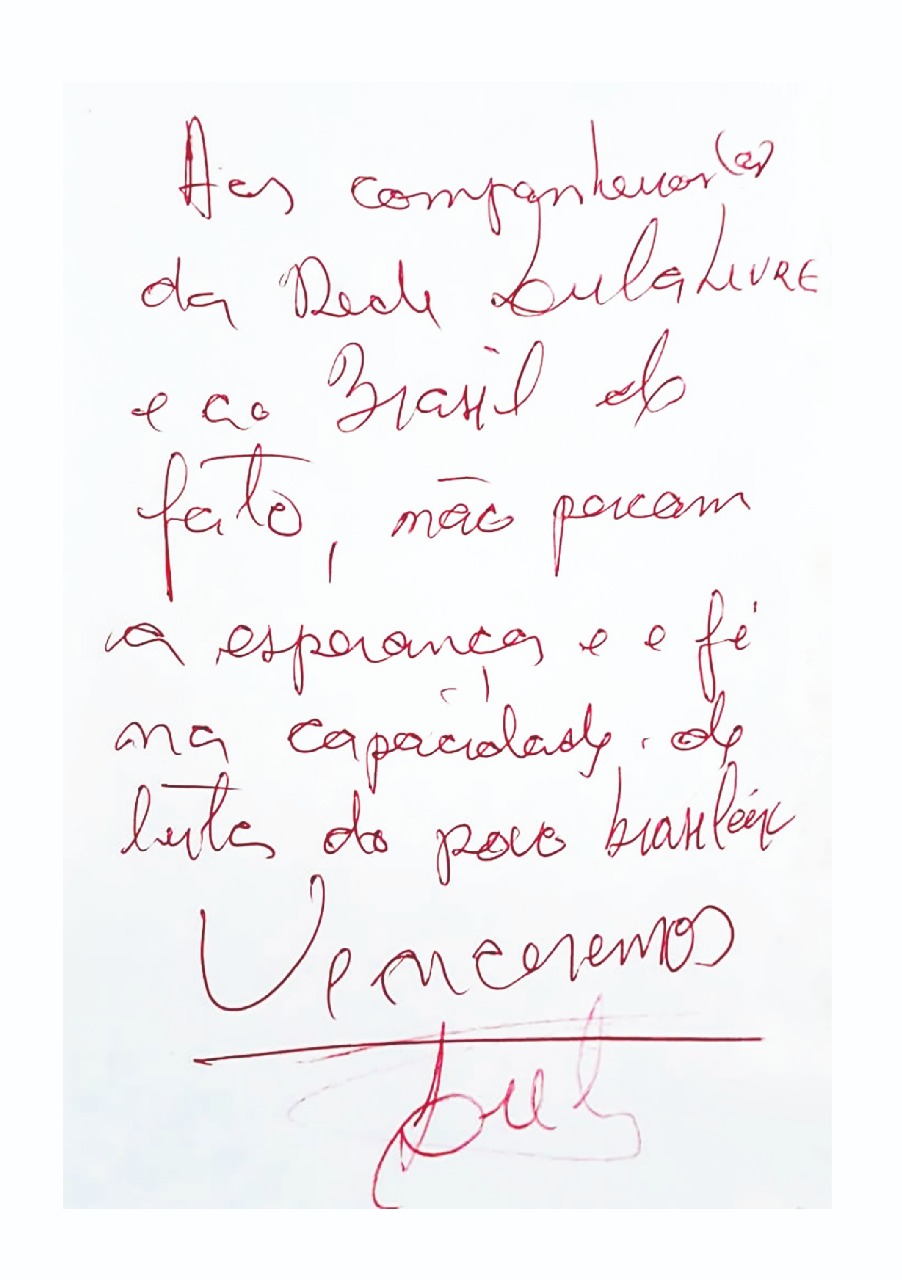