“For the black woman, the place that is reserved for her is the smallest. The place of marginalization. The place of the lowest wage. The place of disrespect for her professional skill.” This is an assessment made by the Brazilian black intellectual Lélia Gonzalez during an interview granted to Mali Garcia for the 1989 documentary film The Black Divas of Brazilian Cinema.

Thirty years have passed since that interview, and the assessment of the Brazilian philosopher remains current. A recent survey disclosed in November by the Brazilian Institute of Geography and Statistics (IBGE) about social inequalities by color or race in Brazil clearly shows these obstacles and points out how white men have the upper hand over other demographics in Brazilian society.

The survey shows the income gap is largest between white men and black or multiracial women, who are paid 44.4 percent less than their white male counterparts.

A historian, anthropologist, and professor, Lélia Gonzalez looked into not only the class aspects that make up the structure of society and the complexity of social inequality, but she also addressed the dimensions of gender, race, and the colonial legacy as structuring elements of the Brazilian society.

“The black woman is the major focus of [social and gender] inequality in society. It is in her that these two types of inequality converge -- not to mention class inequality, social inequality,” the Brazilian intellectual said during that same interview in the late 1980s. 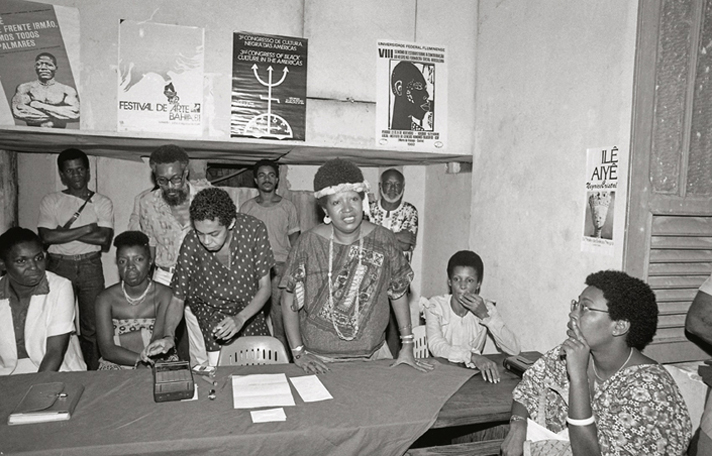 Lélia Gonzalez at a board meeting of the Institute for Research in Black Cultures (IPCN), in 1986 | Archive: JG/Photo: Januário Garcia

The aspects underscored by Gonzalez work as social barriers. The study disclosed by the IBGE, for example, shows that the second group enjoying the most advantages is white women, whose earnings are higher than those of black and multiracial men, who, in turn, are ahead only of black or multiracial women.

Despite the victories accomplished due to the struggle and resistance of black people, wage inequality between white and black Brazilians remains high throughout history as far as survey data is available. According to the IBGE report, this gap is due to different factors, including occupational segregation, fewer education opportunities, and different wages for similar jobs.

From the master’s house to domestic work

Flávia Rios, a co-author of the biography Lélia Gonzalez -- released in Portuguese as part of the collection Portraits of Black Brazil, published with the Negro Edições label --, says that Gonzalez comes from a long black tradition that started after abolition.

Her current of thought questions the violent, excluding way that the country’s black population was treated after slavery was abolished in the country, in 1888.

“She brings up the dimension of women who lived in master’s houses, of working women, of black women, as slaves, but also as domestic workers, who played a key role in forging the Brazilian national culture,” Rios explains.

The biographer says that Gonzalez brought to the forefront and appreciated the women who had been relegated to menial, invisible roles. “She has a very important focus on the struggle against racism through people who are invisibilized in the social structure, in Brazilian culture.” 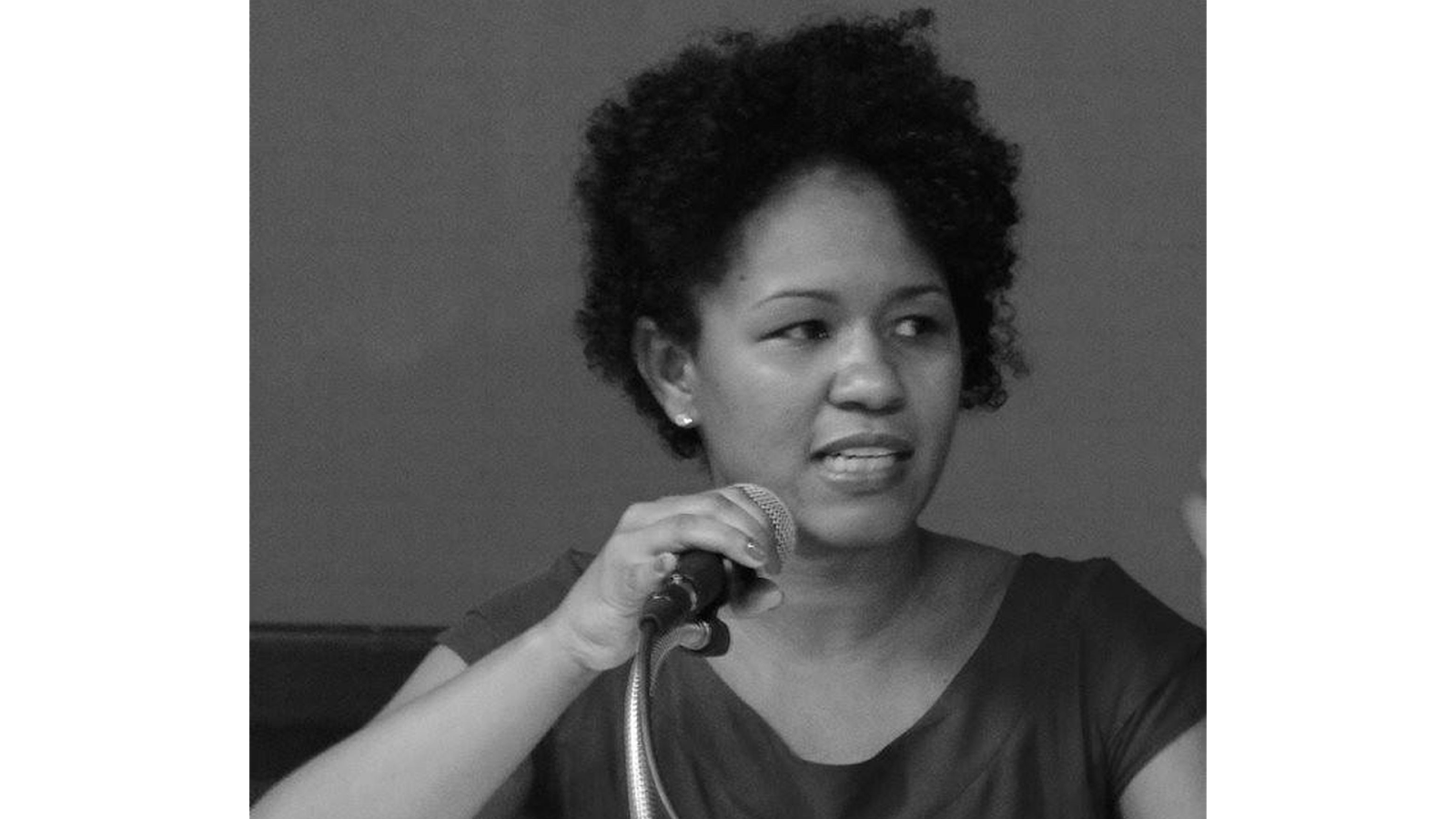 Rios points out an important contribution of Gonzalez’ work, which is a critique of white, middle-class feminism, as they had a specific approach to women’s freedom that did not include the real-life conditions of black women. But she also points out it is important to say that Gonzalez was a feminist.

“While white women were looking to enter the workforce, black women had been working since slavery. They worked as domestic workers, as menial workers, in urban services… Their reality was different,” Rios explains.

While white women questioned the idea that women in general are fragile, on the other hand, black women have been brutalized both in slave society and market society. Flávia Rios argues that Lélia Gonzalez was a trailblazer as she pointed out this contradictions and radicalized feminism.

“In Brazil, domestic work is a structuring element of social economic relations. Many white women were pursuing social and gender liberation. And this alleged liberation was achieved at the expense of another woman, a black woman, being put in the condition of a worker inside the house,” Rios asserts.

Gonzalez exposed a lot of the contradictions of liberal, and especially Eurocentric feminism. Her book Lugar de Negro ["The Place of Black People"], she denounces this incoherent rhetoric: “We also look into the situation of the black woman as a domestic worker in the reproduction of racism (including by part of many white women’s movement activists).”

A co-author of the anthropologist’s biography, Alex Ratts points out the relevance of Gonzalez’ debate bringing together race, class, and gender. “When she writes about the women from the slums, who have to fetch water from the spout, who have to work while their children are facing police brutality, while their husbands are incarcerated, she is saying that the entire black and poor family struggles with gender issues and race issues.”

Ratts is referring to an excerpt from her article Nega Ativa ["Active Black Woman"], from the book Vozes Insurgentes de Mulheres Negras ["Insurgent Voices of Black Women"], published in Portuguese by the Rosa Luxemburg Foundation.

“This was Lélia’s perspective. A perspective that brought together race, gender, and class. And even though the men in that period were not interested in the idea of feminism, they could see how these issues were interconnected,” Ratts argues.

The myth of racial democracy

Jurema Batista, an expert in public policies, a former councilwoman and former congresswoman, met Gonzalez in the 1980s. She points out that the black activist was a fierce critic denouncing racism.

“When I first met her, I found it odd, because I didn’t view how racism was in Brazil like that. I believed in that so-called racial democracy. And it was from having contact with her that this view was deconstructed,” she says.

“Racial democracy was very popular in the 1970s and 80s. It claimed that Brazil was a multiracial country, that our culture was so mixed, and because of that, everyone was respected. But that was a myth. The myth of racial democracy, which stated, ‘this is a democratic country, blacks and whites have equal rights,’” Batista explains. 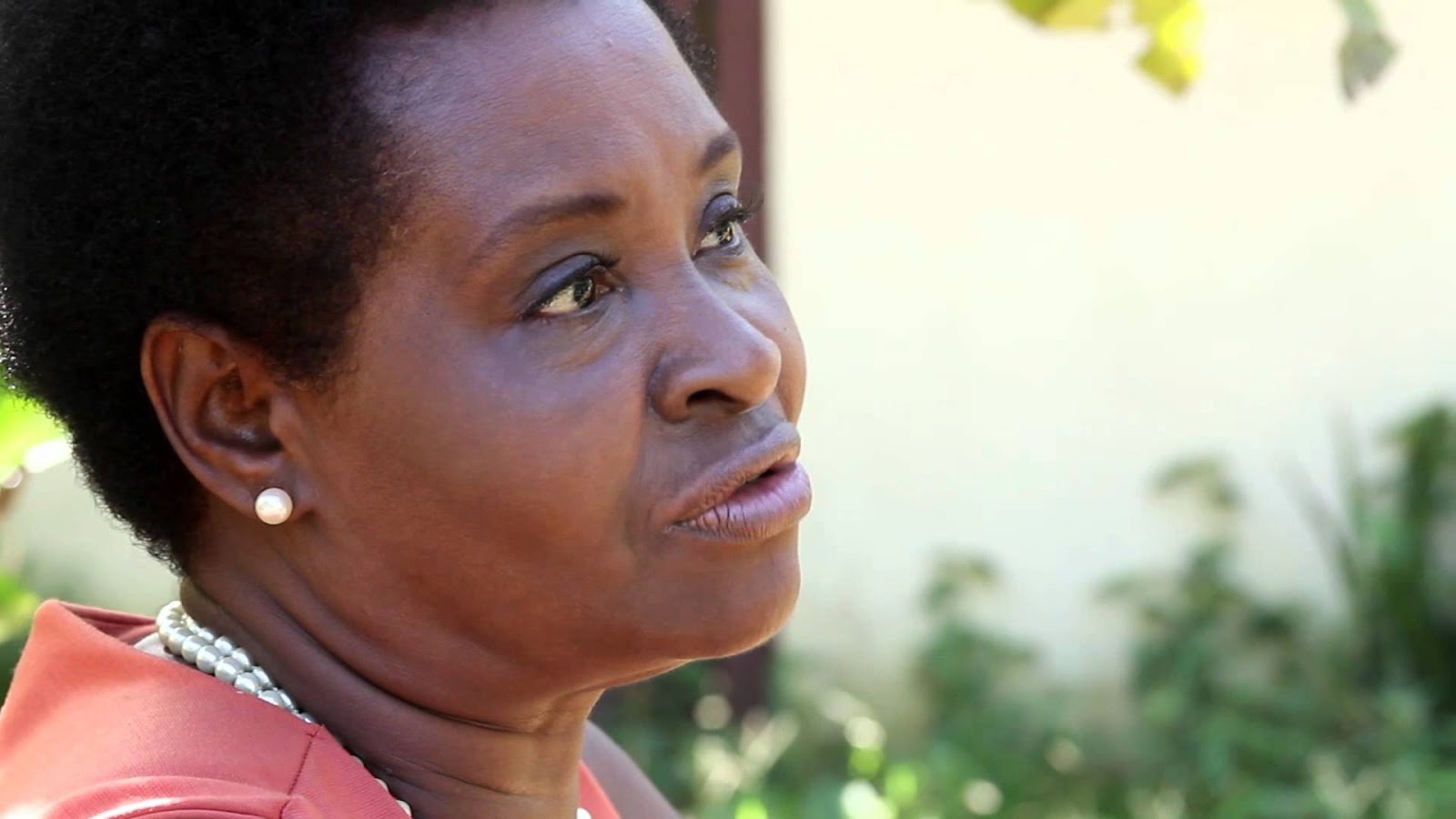 The myth of racial democracy was one of the cornerstones that helped define the Brazilian identity in the 20th century, a concept against which the black movement has been fighting hard.

“Political activism has helped us understand that that was a lie. They used to say, ‘black people don’t access work spaces because they lack education.’ So black people started to educate themselves, entered university, and when they entered the job market, they were not well received,” Batista says, adding that “there is this kind of code of honor between whites to give jobs to their equals.”

“The practice of racism was a very well-assembled thing that held black people responsible for their own extreme poverty, their own lack of opportunities. This is a legacy of slavery in a country that has dedicated specific places for different people,” she explains.

Lélia Gonzalez identified that this myth was expressed by the denial of racism. That happened as Brazilians denied it exists, even though racism has produced privileges for whites from all social classes.

In her book Lugar de Negro, the author points out that “these mechanisms encompass a broad picture of rationalization that ranges from effective reverse racism to the ‘democratic’ attitudes that deny the racial issue, mechanically diluting it in class struggle (this way one can see how certain left-wing positions are doing nothing more than reproducing the myth of racial democracy, created by the paternalist liberalism they claim to fight).”

“Today, it is no longer possible to support culturalistic, intellectualistic positions, and such things, divorced from the reality experienced by black masses. Whether one is against or in favor of it, it is not possible to ignore this actual issue put forward by the MNU [Unified Black Movement]: the articulation between race and class,” she adds.

Born in Belo Horizonte, southeastern Brazil, in 1935, into a family with few financial resources, Lélia Gonzalez was the second youngest child of 18 siblings, the children of an indigenous mother and a black father who was a railroad worker.

Gonzalez graduated in history and philosophy, and received a postgraduate degree in communications and anthropology. She is one of the political activists who co-founded Brazil’s Unified Black Movement and the Black Women’s Collective N’Zinga.

She wrote Festas Populares no Brasil ["Popular Festivals in Brazil"], which earned an award at the Frankfurt Fair, Lugar de Negro, with co-author Carlos Hasenbalg, two postgraduate dissertations, and several essays for scientific journals and collective works. She died from a heart attack in Rio de Janeiro on July 10th, 1994. 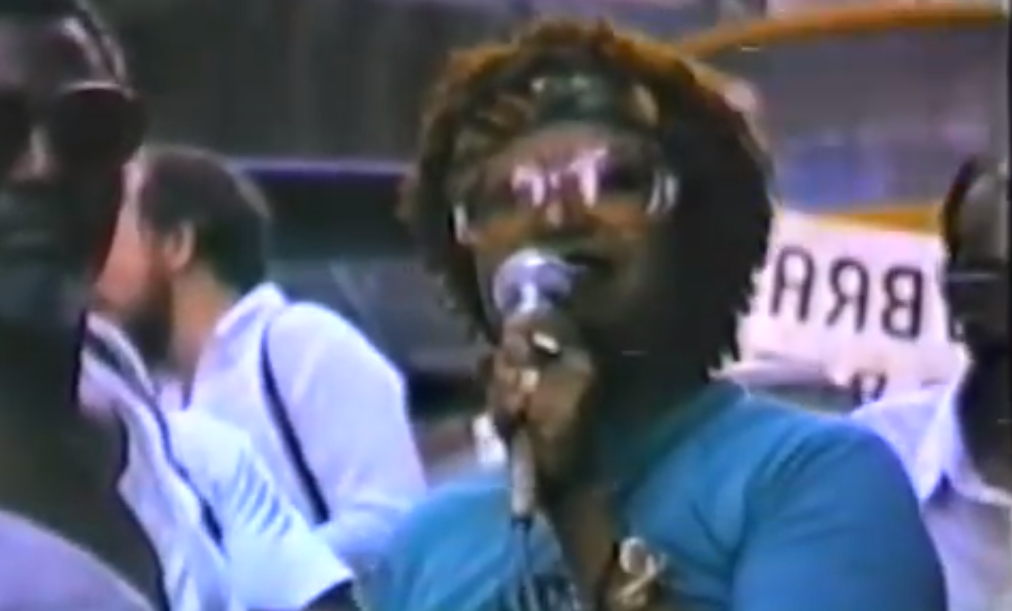