The 600-real monthly payment known as Auxílio Brasil (Brazil Aid, in English) will start to be paid in August with an already eroded purchasing power due to inflation. The addition of 200 reais offered by the Bolsonaro administration until December this year will not be enough to make Brazilians buy the equivalent number of products that they could buy with the 600-real Emergency Aid paid in 2020, one of the measures to tackle the Covid-19 pandemic.

According to calculations made for Brazilian newspaper Folha de São Paulo by Matheus Peçanha, researcher and economist at the Brazilian Institute of Economics (Ibre) and Getúlio Vargas Foundation (FGV), in order to have the same purchasing power registered in April 2020, the Brazilian families should receive 732, 12 reais. The current 600-real payment corresponds to 491,72 reais in 2020 values.

:: In 2022, the Brazilian Congress broke the record for changes to the country’s Constitution ::

Approved in a hurry by the National Congress, with the President of the Chamber of Deputies Arthur Lira using political maneuvers and “regimental tramples”, the rise in the amount to be paid to low-income families is the main bet Jair Bolsonaro has to revert his small support among the poorest voters while campaigning for reelection. Until now, former President Lula is heading the polls with a big advantage: 56% of voter support against 22% of Bolsonaro, according to a recently released DataFolha poll.

The Proposed Constitutional Amendment (PEC, in Portuguese) 15/2022, also known as Aid Amendment, was approved by the Chamber of Deputies on July 13. It received favorable votes even from opposition parliamentarians, who were concerned about the consequences of the current crisis in the country. However, they tried, but to no avail, to remove the parts about the declaration of an “emergency state”.

According to the government, an emergency state was created by the increase in fuel prices in Brazil and justifies extra payments by the government months before the elections, which is against the law.

There were only three state capital cities in which the price of the basic-needs grocery package remained below the 600-real Brazil Aid amount: João Pessoa (586.73 reais), Salvador (580.82 reais), and Aracaju (549.91 reais). All these cities are in the Northeast region. The most expensive basic-needs grocery package is found in São Paulo, costing 777 reais (US$ 149.50).

And the scenario keeps getting worse, according to the IPCA-15, released by the Brazilian Institute of Geography and Statistics (IBGE, in Portuguese) on Tuesday (26). Considered a preview of inflation for the month of July, the index brought a new above-average increase for food. The Food and Beverages group rose 1.16% this month, surpassed by Clothing, which grew 1.39% - which are also key items. 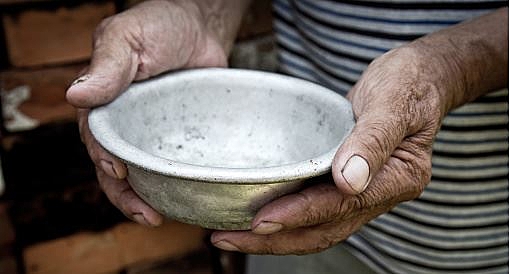 The government scrapped Bolsa Família to put its stamp on a social program called Auxílio Brasil. But not all families were registered in the new program. / IStock

Bolsonaro signed the Complementary Law 194/2022 to reduce fuel taxes on June 23 in another attempt to reverse his unpopularity among voters. This piece of legislation establishes two exemptions: federal taxes on gas and state taxes on all kinds of fuel.

To make things worse, the waiting list to be granted aid payments is a long. Data collected by the National Confederation of Municipalities found 2.78 million families eligible to receive Brazil Aid, but which continues waiting. The figure was calculated based on data from April, the month that registered a rise of 113% in the total number of families still expecting to receive the payments compared to the March waiting list.

That is the longest list since November 2021, when the pent-up demand per family reached 3.1 million. Also in November, the Family Grant Program (Bolsa Família, in Portuguese) was officially replaced by the redesigned program.

Consequences of the economic crisis on food and nutrition: Black children are the most affected

Between 2015 and 2021, malnutrition of kids between 0 and 19 years increased in Brazil, more seriously affecting Black boys. According to the Overview of Obesity in Children and Teenagers survey, released on July 26 by the Desiderata Institute, hunger rate have increased in recent years, which causes malnutrition in all age groups, from 0 to 19 years old.

“Black boys are being affected more intensely by hunger and malnutrition We can ascribe it to racial and income inequality in Brazil. We know that the Black population is in the lowest positions of society to the detriment of the White portion of the population, which are part of other [economic] groups, such as the middle and upper classes”, said Raphael Barreto, Child Obesity Project Manager at Instituto Desiderata and Public Health doctoral student at Oswaldo Cruz Foundation (Fiocruz).

The overview on the issue showed that overweight is increasing among all racial groups, particularly among White boys. “White boys have been more directly affected by overweight. We can ascribe it to food insecurity, too”.

Barreto explained that the most vulnerable groups do not have access to the minimum they need – three meals a day –, therefore facing hunger and malnutrition. Other groups are affected by the economic crisis and inflation, but even though they manage to buy food, usually processed food and sugary food, such as instant noodles, frankfurter sausage, candies, and powdered juice. “[Those] products that are bad for your health, but are affordable”.

In the past seven years, processed food consumption by people between 2 and 19 years old surpassed 80%. In 2021, 89% of kids between 5 and 9 years said they ate at least one processed product on the day before the survey conducted by SUS.

Raphael Barreto draws attention to the annually decrease in beans consumption in the country. This legume is considered an indicator of healthy diets, being essential to prevent anemia caused by lack of iron. Moreover, it is rich in minerals, vitamins, and proteins that help to inhibit the onset of heart diseases and lowers cholesterol rates.