After the massive demonstrations on May 15, when one million people took to the streets in Brazil to protest against the education budget cuts announced by the far-right Jair Bolsonaro administration, students and professors hit the streets once again in more than 200 cities across the country, bringing together nearly one million people on Thursday, May 30.

The protests that mobilized hundreds of thousands of people today also called for a general strike on Jun. 14 to protest the attacks against people’s rights promoted by Bolsonaro, such as the pension reform.

“In rural and urban areas, everyone will be affected by this immoral government -- a government that does not respect its citizens,” said 75-year-old Friar Anastacio, the founder of the Pastoral Land Commission in Paraíba state and a federal congressman for the Workers’ Party (PT).

While the rallies for public education took place this Thursday, the Education Ministry released a statement in the afternoon encouraging the population to report “teachers, servants, employees, students, and parents” who promote “political and partisan movements” during school hours.

The statement also reads that “servants cannot leave their activities to join the movements.” In a different statement submitted directly to journalists, the ministry said it received 41 complaints, but did not give details about the nature of the alleged irregularities.

The demonstrations are also a response to the pro-Bolsonaro rallies that took place on Sunday. In one of the right-wing rallies, demonstrators took down a banner in support of public education that was hung outside the Federal University of Paraná during the protest against the budget freeze. During today’s march, a new, larger banner was hung at the same spot, and other universities also hung up banners in solidarity. 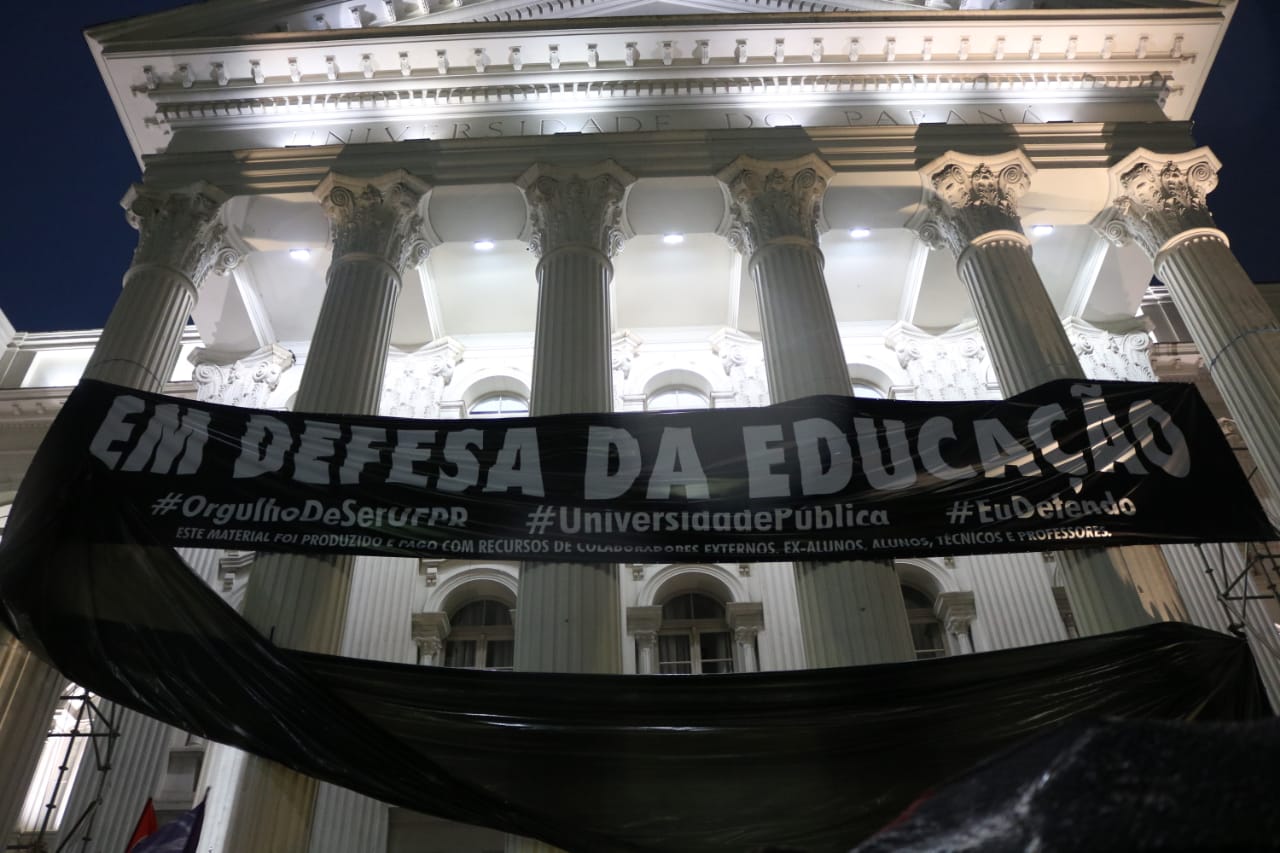 A banner that reads "In Defense of Education" was put up in Curitiba to replace another one that was taken down by pro-Bolsonaro demonstrators on Sunday | Photo: Giorgia Prates

The president of the Faculty Association of the São Paulo State University, João Chaves, also took part in the demonstration and reiterated that the struggle for public education is closely related with defending the country’s current pension system and against the pension overhaul proposed by the government.

Jessy Dayane, the vice president of the National Union of Students (UNE), argued that public, quality, free education is essential to tackle other structural problems in Brazil.

“We are going to send a message to the [Education] minister [Abraham Weintraub] and to Bolsonaro: we are not going anywhere until the cuts are overturned. We are going to defend education, as we have always done over the course of history, because education is so important for the development of our country and to fight social inequality,” the activist said.

The biggest rallies took place in the southeastern cities of São Paulo, with 300,000 people according to organizers; Belo Horizonte, with 250,000 demonstrators; and Rio de Janeiro, with 100,000 protesters.

Tens of thousands of people hit the streets in other capitals, including the northern city of Belém (40,000 protesters), the southern cities of Curitiba and Florianópolis (20,000 people each), and the Cuiabá, in the Central-West (10,000 marchers).

Other cities held protests, including the capital of Brasil, Brasília, and major capital cities such as Salvador, Bahia, where 60,000 people marched in defense of public education, according to organizers.

In Porto Alegre, southern Brazil, the federal congresswoman Fernanda Melchiona, from the Socialism and Freedom Party (PSOL), joined the demonstration and underscored that the attacks against public education sparked a huge backlash among the people because it also represents an attack on freedom of speech and critical thinking.

“Thousands of people are on the streets showing how important the student movement is, showing that the students are not going to sit back and watch this neoliberal, authoritarian policy continue to cut the education budget. The government is attacking education, and they know it’s an authoritarian project that is trying to eliminate critical thinking. But they don’t know how strong the student movement is,” Melchiona said. 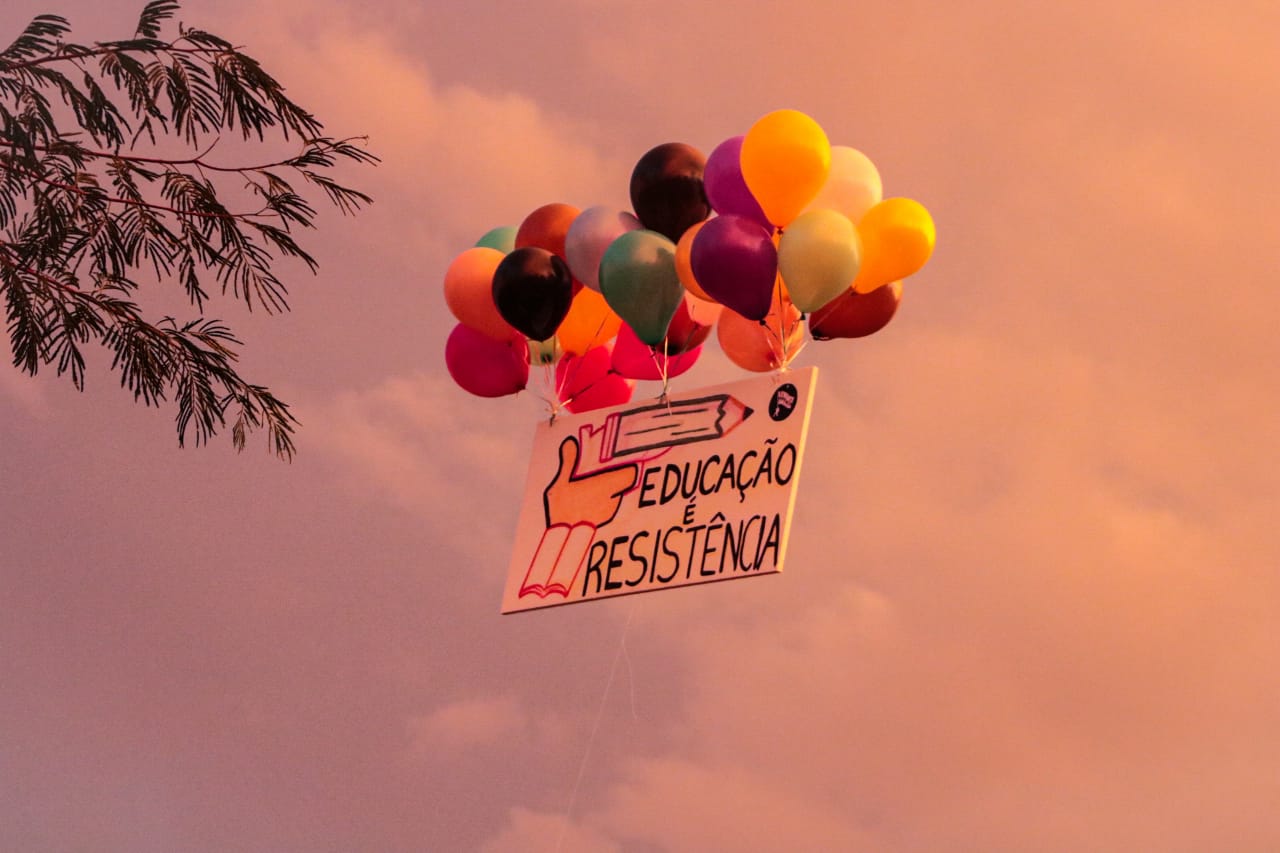