Demonstrators took to the streets of Brazil on Tuesday to protest in defense of the country’s public education and against the government’s pension reform.

A survey conducted by the National Confederation of Education Workers (CNTE) showed that at least 211 Brazilian cities held protests on Tuesday. The population of all these cities combined is 83 million -- or around 40 percent of the Brazilian population.

Following the same mottos of the previous two days of protest, on May 15 and 30, demonstrators protested the budget cuts announced by the Ministry of Education and the proposed pension reform that is pending vote in the country’s Senate.

But there is also a new item in the agenda for the Aug. 13 protests: they are protesting against Future-se, a new project recently announced by the government that aims to create a multi-billion fund to attract international private investments for the country’s public higher education institutions.

In Salvador, capital of Bahia state, northeastern Brazil, around 35,000 students, professors and workers were joined by civil society at large on the streets against the attacks on education and to stand up for the country’s pension system

Also in the Northeast, 15,000 students and professors hit the streets of João Pessoa, Paraíba, to protest along with members of the Brazilian Association of Jurists for Democracy. In another northeastern state, Alagoas, the capital Maceió saw more than 12,000 people marching in defense of education and against the government’s policies.

In Brasília, the capital of Brazil, the demonstration was held along with the First March of Indigenous Women, outside the country’s Congress. 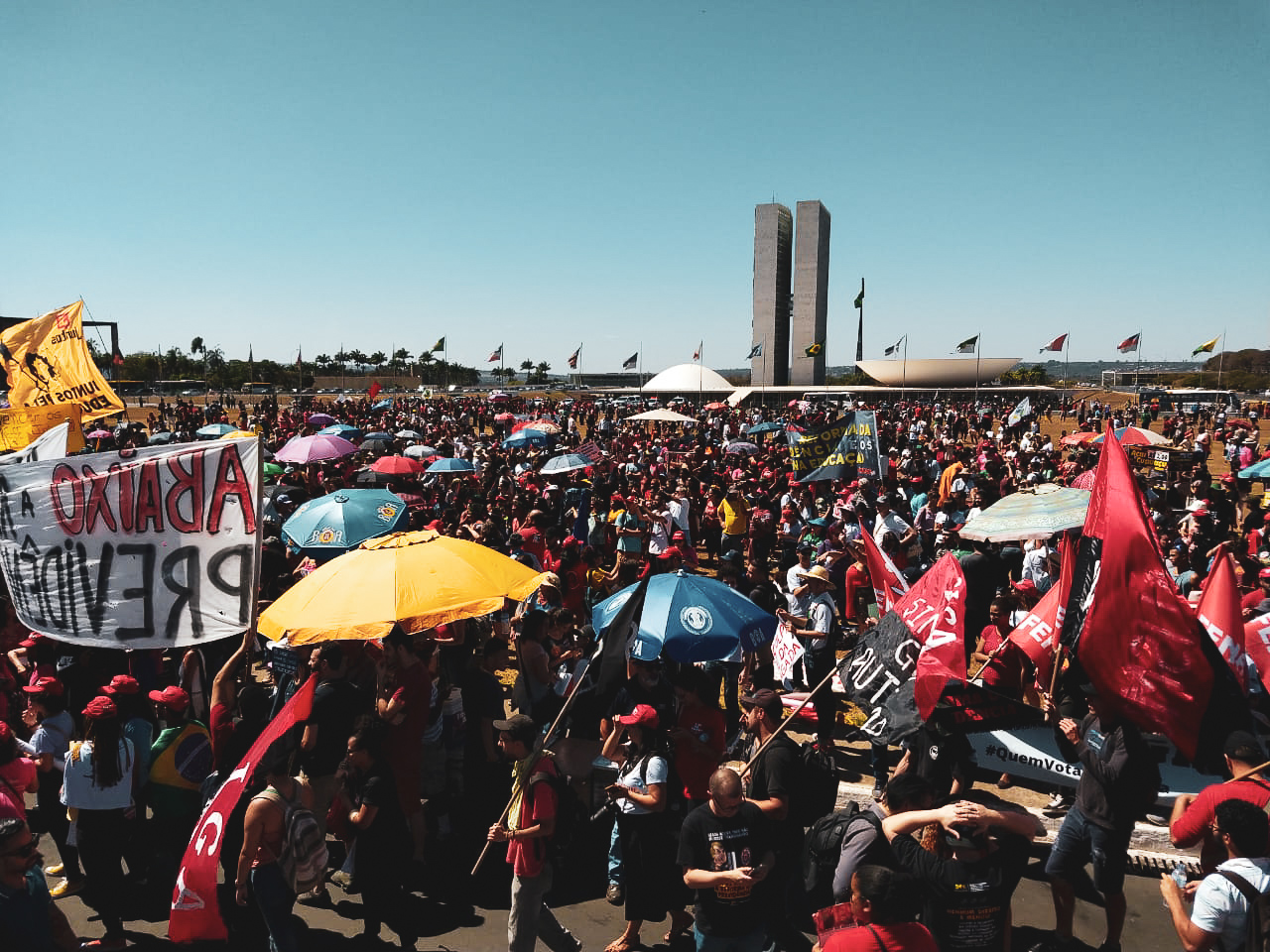 In the South, the three states had demonstrations in their capital cities. In Florianópolis, Santa Catarina, at least 5,000 people took to the streets to protest. In Curitiba, Paraná, there were 10,000 demonstrators and, in Porto Alegre, Rio Grande do Sul, 30,000 people joined the rally for education.

The map below shows all the cities where education activists mobilized to hold demonstrations on Aug. 13.

The rallies were called by the National Union of Students (UNE), which has been an outspoken critic of the Future-se program. According to the student organization, the program leans toward privatization of public education in the country and must be fought.

The UNE said that, not only is it mobilizing protesters from different categories, but it is also seeking support from society at large, the parliament, and the academy, to introduce a bill to Congress so that the education education budget is not limited by the government’s spending cap and that the budget for federal universities and institutes is not restricted.

Professor Cátia Barbosa, from the Fluminense Federal University, joined the protest in Rio de Janeiro, and spoke about how universities were not included in the negotiations with the government to develop the Future-se program.

“The project came from the darkness. Few months since this new minister took office, he is already launching this complete immature project, without talking to the Brazilian scientific community, and it’s a project that is killing Brazilian science and higher education, as well as the hopes of many young people to be able to get a degree in a public university in Brazil,” she told Brasil de Fato. 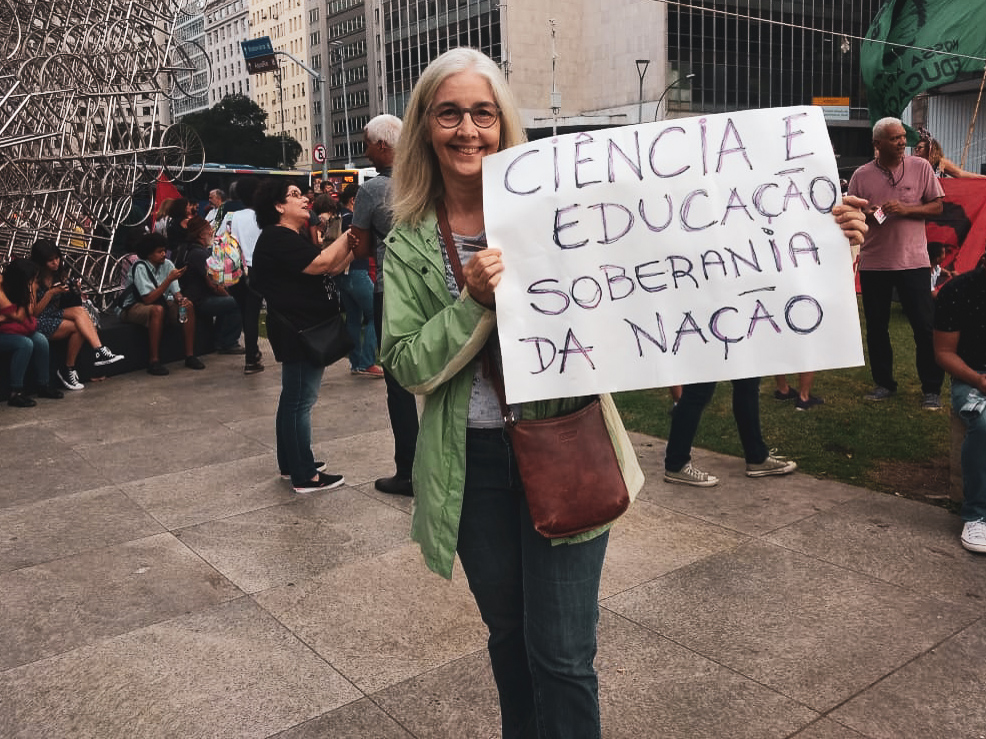 In São Paulo, the largest city in the country, an estimated 100,000 people took part in the protest. The police cordoned off protesters and stopped the marchers several times during the demonstration.

Larissa Carvalho Mendes, a construction student at the Technology School of São Paulo, took part in the demonstration and spoke about how important the public university is to her and her school mates.

“They are people who really need work to stay in public university. We know that the costs are not so affordable. In my school, there are not a lot of benefit and assistance programs. So we are here to protest that too. If it’s hard enough to stay in school now, it will be virtually impossible if we have to pay tuition,” she said. 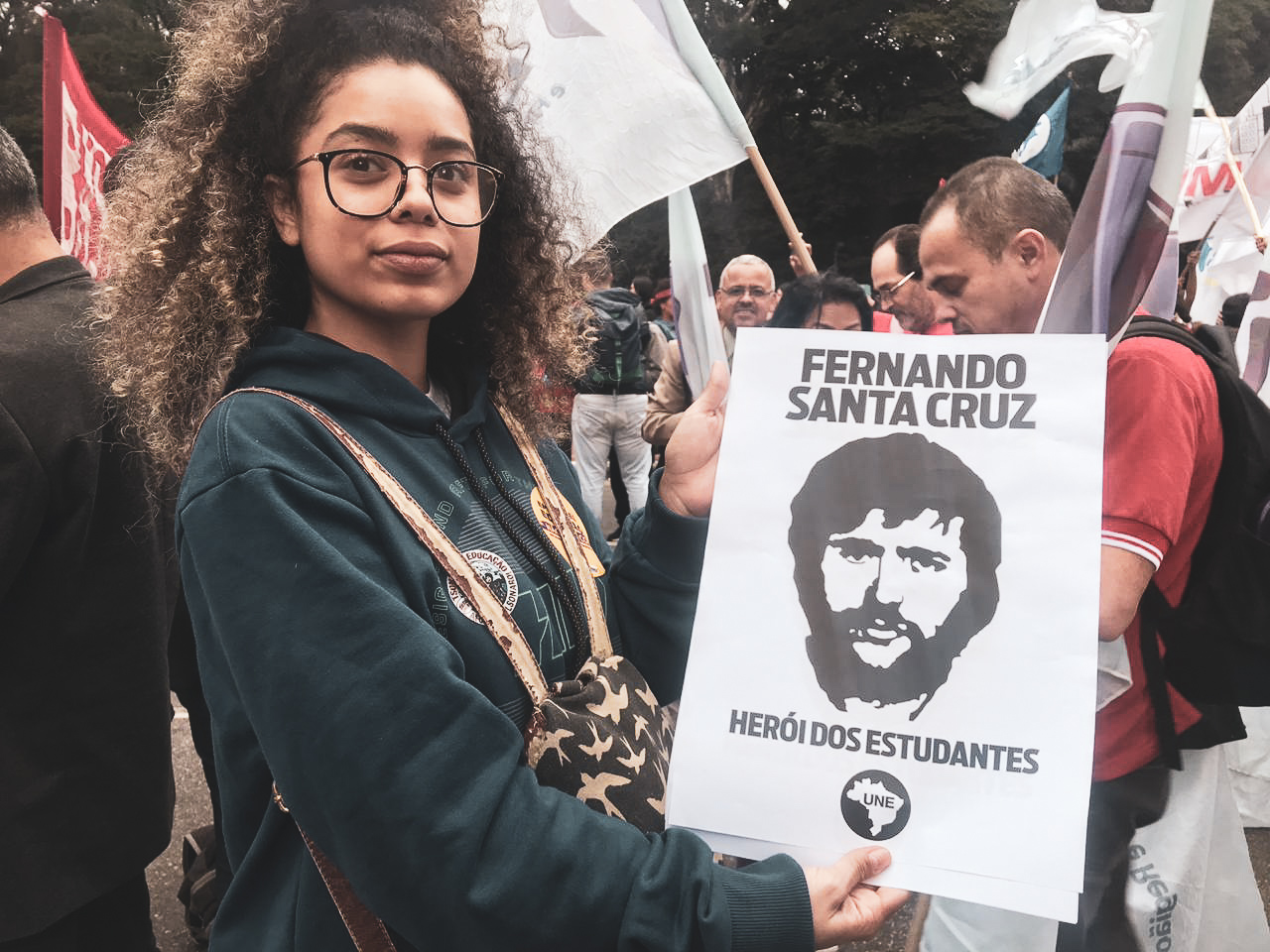