As Jair Bolsonaro took office as president in January 2019, the rhetoric advocating for police brutality echoed across Brazil this year, and also in law enforcement.

In 2019, the country witnessed cases of police brutality and violence that shocked Brazilians.

São Paulo and Rio de Janeiro recorded some of the most iconic cases of police violence this year. It’s not a coincidence: even though governors João Doria, in São Paulo, and Wilson Witzel, in Rio, broke off their alliance with Bolsonaro after the elections, they still advocate for use-of-force policies as a social control strategy.

A police operation in early December in Paraisópolis, one of the biggest favelas of São Paulo, sparked harsh criticism after nine people were killed when law enforcement agents raided a funk party, allegedly chasing suspects on a motorcycle. The episode is a textbook example of the brutal attitude of the São Paulo police towards impoverished communities.

In Rio de Janeiro, governor Witzel declared that the police “should aim for the head and shoot” suspects, even when they are not posing a direct threat. His instructions seem to have had an effect on law enforcement. In ten months, agents in the state killed more than in any other year since 1998.

And the appalling episodes of prison violence in the North of Brazil have also shocked the country, but were unfortunately a tragedy foretold. Massacres in prisons in the city of Manaus, Amazonas and Altamira, Pará resulted in 112 executions. Gang wars to control penitentiaries expose how the government is negligent and mass incarceration policies failed.

In early 2019, a school shooting in Suzano, outside São Paulo, provided a glimpse of what an armed society could be like. The Bolsonaro administration tried to push legislation to allow Brazilians to own and carry guns, but the country’s Congress rejected the bill.

This installment of the 2019 in Review Series by *Brasil de Fato* looks back at the most important episodes involving public security in the first year of the Jair Bolsonaro administration.

Nearly one year after the murder of Rio de Janeiro councilwoman Marielle Franco, the police and the prosecutor’s office finally broke a 12-month silence and apparent passiveness on Mar. 12, 2019 and arrested two suspects over the crime, the former police officers Ronnie Lessa and Élcio Queiroz.

After the two men were arrested, the police pointed a former state congressman, Domingos Brazão, as the main suspect for ordering the political assassination.

Months later, in November, a testimony by a doorman who worked at the gated community where Ronnie Lessa lives, and where Jair Bolsonaro also lived before he took office as president, hit the headlines in Brazil and around the world, as it could implicate Bolsonaro in the murder of the councilwoman.

The doorman testified that Élcio Vieira de Queiroz, the man who allegedly drove the car that chased and ambushed the victims, gained entry to the gated community in the evening of the murder by telling the porter that he was visiting Bolsonaro.

The Army agents claimed that Macedo was carrying a weapon and robbing a car, but prosecutors argued that the officers’ version is “unrealistic.” No guns were seized during the operation.

The first big massacre in a Brazilian prison this year took place in Manaus, Amazonas, northern Brazil, when 55 inmates were killed. The prison is privately run. A war between members of the same gang for the control of the criminal syndicate resulted in the executions.

In July, 57 inmates were killed in a correctional facility in Altamira, Pará, when two rival groups launched a full-fledged war to control the prison. Sixteen men were decapitated. It was the biggest massacre recorded in one prison facility since the Carandiru episode in 1992, when the police killed 111 inmates allegedly to crack down on a prison riot, in one of the most iconic cases of human rights violation in the history of the country.

After the prison massacres this year, the Bar Association in the state of Pará released a report showing a number of human rights violations in prisons.

One of Jair Bolsonaro’s campaign promises was to relax gun laws, but his decree loosening gun ownership rules was barred by the country’s Senate on Jun. 19.

In a 47-28 vote, senators inflicted a heavy defeat on the government, as they barred part of the bill that would allow journalists, truck drivers, lawyers, and other workers to carry lethal weapons.

Now the bill moved to the lower house, where government and opposition members of Congress are discussing the draft, which is expected to hit the floor in 2020.

Following the incarceration of Preta Ferreira, a huge campaign on social media and out on the streets began denouncing the political persecution against the activist and calling for her freedom.

Preta Ferreira and Sidney Ferreira da Silva were held in prison for 109 days and were released on Oct. 10.

“I am free. I am innocent. God is fair. Now we are going to work to prove my innocence and the innocence of the others,” Preta declared after her release. 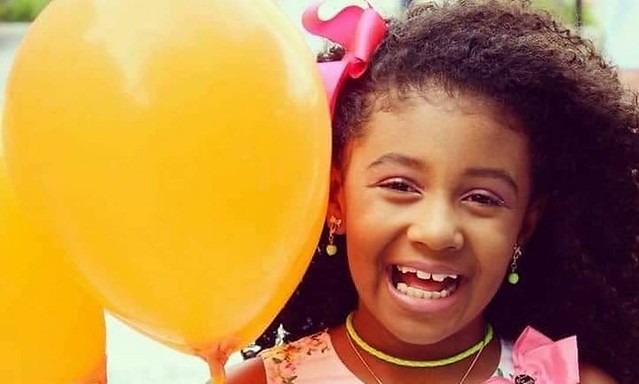 One of the most iconic examples of the law enforcement policy adopted by governo Wilson Witzel in Rio de Janeiro was the death of 8-year-old Agatha Félix.

The girl was shot in the back, reportedly by a police officer, in one of Rio’s biggest slums when she was returning home with her family in a van. The case sparked widespread outrage.

One of the most horrendous cases of 2019 was the leak of footage of a teenager stripped down and whipped with electric wires by security guards at Ricoy, a supermarket chain in São Paulo.

The case was revealed in September, but the date of the incident remains unknown. The victim was accused of stealing a pot of butter from the supermarket.

Weeks later, **Brasil de Fato** revealed another case of torture inside Ricoy facilities, in which security guards psychologically tortured a child and whipped another man.

On Dec. 12, a São Paulo court found the security guards not guilty of the crime of torture, only convicting them of bodily injury.

The case became a symbol of how structural racism is rampant in the country, brutalizing poor, black people who live in impoverished areas. 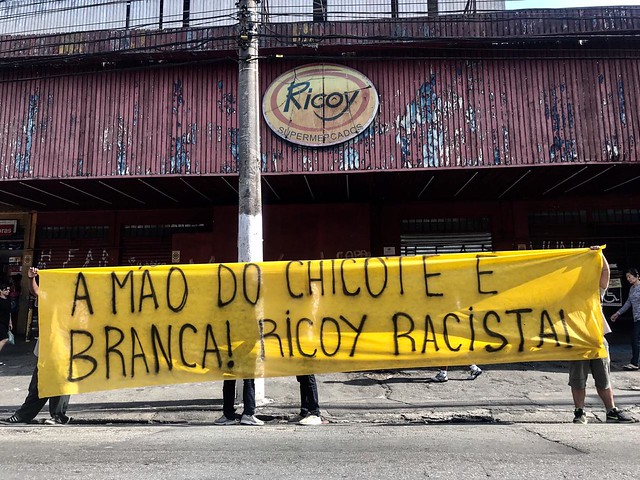 A funk party in one of São Paulo’s biggest slums ended in tragedy on Dec. 11, after the police raided the venue, allegedly chasing criminals. Nine young people were killed, and the police claimed they were trampled to death.

Police officers threw tear gas bombs at the crowd and assaulted partygoers. A report showed that the victims were killed by “mechanical asphyxiation,” but the officers will be charged with involuntary manslaughter.

On Dec. 4, the government succeeded in its efforts to have Justice minister Sergio Moro’s anti-crime package bill passed by the Congress.

But even though the package was passed, lawmakers changed the final draft, inflicting a partial defeat on the government, which wanted to push more conservative, use-of-force policies.