The year 2021 ends with a new configuration of political forces in Latin America and the Caribbean. The third decade of the millennium begins with a majority of progressive governments in the region, reminiscent of the early 2000s, considered by some as the “won decade”.

If in January the balance was tilted towards conservatism, with governments that defended a liberal agenda in the economy and a policy contrary to people’s demands, now in December there are at least 14 governments with affinity to the Latin American and Caribbean leftist project.

Some decisive events were: in Chile, the conformation of the Constitutional Convention, based on gender parity and presided by Mapuche leader Elisa Loncon, as well as the election of Gabriel Boric, defeating the extreme right; in Peru, the election of Pedro Castillo; and in Honduras, the victory of Xiomara Castro, defeating the right-wing parties after 12 years of coup d’état.

Also worth noting is the continuation of Daniel Ortega in power in Nicaragua and the victory of chavismo in the Venezuelan regional elections. 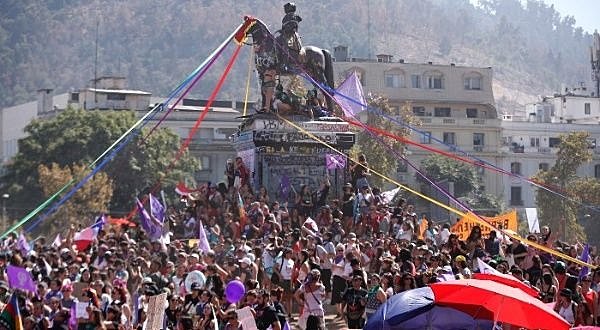 In Chile, the movement that led to the reform of the Constitution also propelled the election of the youngest president in the country’s history / Telesur

“I believe that the idea of a new década ganha (won decade) is more an expression of desire than a reality. But 2022 should be a watershed year. We had a 2021 that offered some unforeseen results and others that were not so unforeseen. This shows that there is no right-wing hegemony in the region, on the contrary, there is a popular memory even against retrograde projects,” comments journalist and researcher at the Latin American Strategic Center for Geopolitics (CELAG), Yair Cybel.

For the leader of the Landless Workers Movement (MST), João Pedro Stedile, between 2000 and 2014, there was a permanent dispute of three projects: a neoliberal project, with support and coordination from the United States; the neodevelopmentalist project, which is anti-neoliberal but which did not confront the US and represented an alliance of popular governments with the local bourgeoisie; and, finally, the ALBA-TCP project, which is anti-imperialist and represents the unity of governments and people’s movements.

“The crisis of the capitalist mode of production provoked a crisis in these three projects and, for this reason, none of them can be hegemonic in the continent and the space for dispute continues to be in the elections,” Stedile defends. 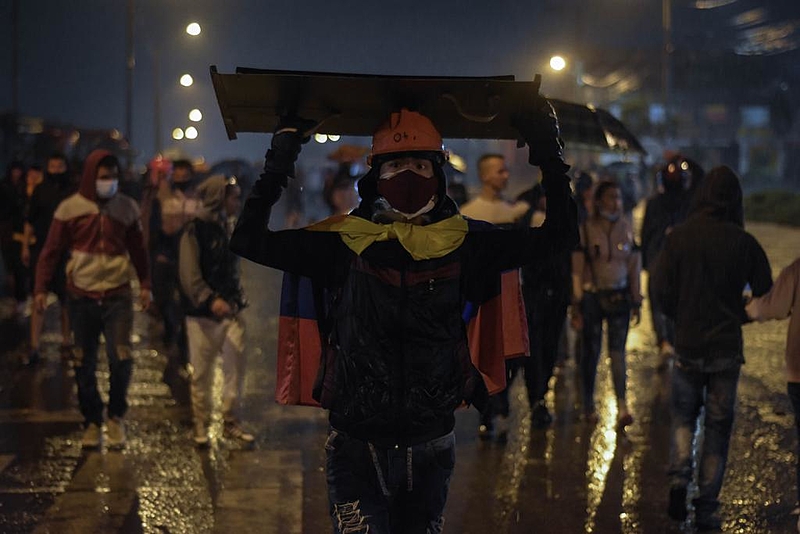 The Mexican economist and member of the Network of Intellectuals in Defense of Humanity, Ana Esther Ceceña also establishes other differences between the two periods of Latin American progressivism.

“Without taking away importance from the current processes, they don’t have the same tone, as clear of a purpose, or as explicit of a possibility of articulation. What was interesting at that moment [in the 2000s] is that there was a leadership and a project shared by all those who were incorporated into this Latin American progressive wave. The presence of Chávez made a difference. He was a man who didn’t pretend, he really gambled; he didn’t just try, he built. And this allowed the so-called progressivism to have a meaning,” she analyzes.

Ceceña argues that this confluence between progressive governments and people’s movements had its moment of maximum expression with the defeat of the Free Trade Area of the Americas (FTAA)—a 2005 proposal by the United States for the region—which paved the way for the creation of ALBA-TCP and ALBA Movements. 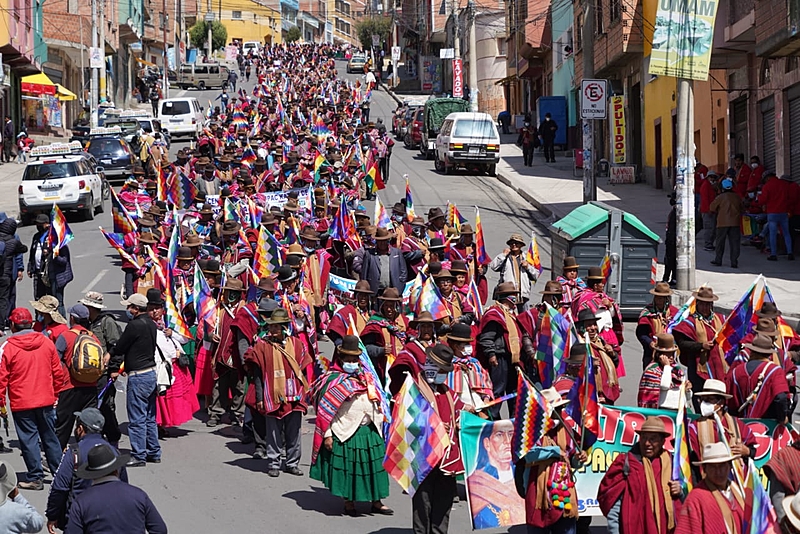 Against the opposition’s demonstrations, Bolivian popular movements occupied the streets of the country’s main cities on October 12 to celebrate the Day of Indigenous Resistance / Presidency Bolivia

In Chile, Peru and Bolivia the electoral processes were defined between totally opposite poles. For analysts, this polarization between left and extreme right is a reflection of the crisis situation of the capitalist system.

The expectation of the Economic Commission for Latin America and the Caribbean (CEPAL) is a growth of 5.9% in the region, but still in a scenario of concentrated wealth. The Latin American subcontinent is the third most unequal region on the planet; in Brazil alone, the richest 10% earn 29 times more than the poorest 50%.

“The concentration of capital offers no alternative. That idea of internal markets that allowed us to absorb crises no longer exists. We have to think again about the human relationship with the Earth. And this is not something romantic or something from the past. It is the only way to see a possible future, since the other option is ruin. We are in a destructive spiral: pandemics, weapons, human trafficking, all the current businesses of capitalism are absolutely corrosive to society,” argues Ana Esther Ceceña.

João Pedro Stedile argues that the answers to the contradictions generated by the class struggle on the continent will come from the articulation of a popular, autonomous project that aims to overcome capitalism.

“We have to build up forces around programs of structural change. Capitalism has already proven that it is not the solution to the problems of the masses. The program is not just a theoretical issue, it is necessarily an exercise in mass pedagogy, in which the masses must learn what proposals are necessary to change the country,” says the MST member. 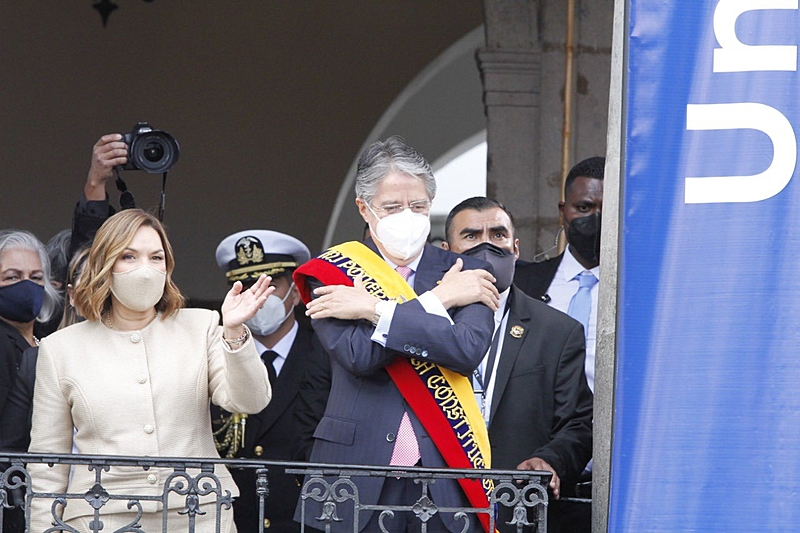 The conquests of the right

On the other hand, we can still see manifestations of the presence of centers of power connected to a conservative and neoliberal project.

In Ecuador, the election of banker Guillermo Lasso as president; in Argentina, the tie in the legislative elections, which meant the loss of the Senate majority from Peronism to Macrism and the growth of far-right figures.

Otherwise, international platforms have been growing, such as the Madrid Forum, promoted by the ultra-rightist Spanish party Vox; Project Veritas, conceived by Donald Trump’s former campaign strategist Steve Bannon; or events such as the Conservative Political Action Conference (CPAC), which had its Brazilian edition held in September, organized by congressman Eduardo Bolsonaro (PSL).

This shows that the extreme right continues to organize among itself and is still a relevant political opponent in several countries.

“Today there is a continental strategy of the project of power of the United States, which needs the region to dispute the hegemony of power with China, for example. It is a very clear and very aggressive strategy against Latin America,” comments the professor from the Autonomous University of Mexico (UNAM). 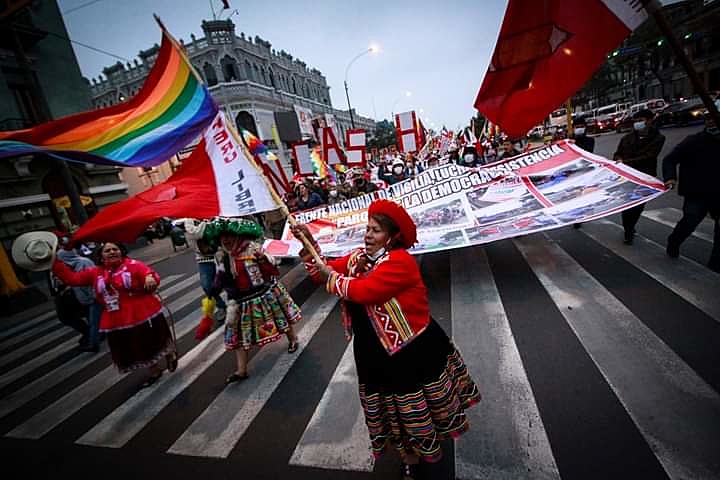 Given this scenario, the next general elections in Colombia, in May 2022, and in Brazil, in October, are considered key to determine the ability of the governments and peoples of Latin America and the Caribbean to once again act as a bloc in multilateral organizations and in the development of integrated socioeconomic policies.

In both countries, the candidates of the progressive camp have a wide advantage over their opponents. Senator Gustavo Petro, of the Colombia Humana movement, has about 42% of the voter intention, according to polls released in December by the company Invamer.

The two months of general strike in Colombia, in the first half of the year, have increased the Colombian society’s rejection to the traditional right-wing parties and to the Uribismo—the political current that has governed the country for the last 20 years.

In Brazil, Lula da Silva leads all polls, with a 15 to 20 point lead over current president Jair Bolsonaro. 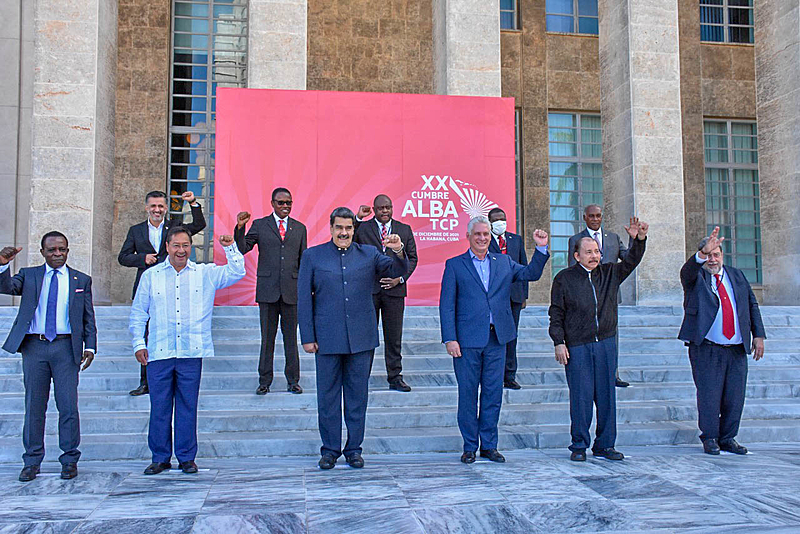 Executive Secretary of ALBA-TCP, Sacha Llorenti and the heads of state and government, gathered in Havana to celebrate 17 years of the bloc / ALBA-TC

The proposal to strengthen the Community of Latin American and Caribbean States (CELAC), as an alternative to the Organization of American States (OAS), and the strengthening of Mercosur could be two institutional reflections of the foreign policy of these possible new governments.

“The year 2022 may bring about a change of cycle with the alignment of the four largest economies in the region: Brazil, Colombia, Mexico, and Argentina, and, at the same time, it may show that not all proposals from street mobilization result in advances in rights in the party-institutional aspect,” comments Cybel.

For the MST leader, the popular forces have permanent challenges regarding political education, political militancy, and engagement in the ideological battlefield.

“The left needs to have more clarity on how it should carry out the political dispute in our society, which is not just winning governments, but also disputing the expanded State, as Gramsci said—which is the organization of production, and structures like the media, the judiciary. It is only this that will guarantee that beyond electoral victories we will accumulate forces,” says João Pedro Stédile.

If the popular movements manage to articulate themselves in continental platforms, there is a greater possibility of expanding rights, analyzes Yair Cybel.

“What will be interesting to watch in 2022 will be to see what happens with the processes of popular uprising that do not end in an institutionalization of the opposition,” comments the Argentine journalist.